An exhibition adds a glamorous backdrop to a product launch. 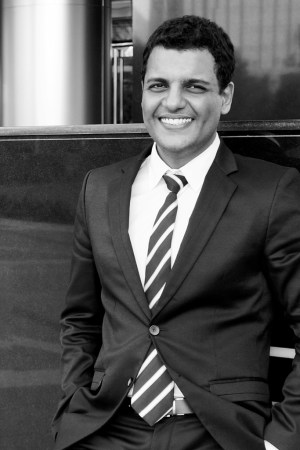 More than a year after it entered the Indian market, Za cosmetics is making sure it does not get lost in the growing clamor of the midpriced beauty market.

Za cosmetics is the first brand launched in India by the Japanese beauty giant after it opened its own office in India more than a year ago. It started out with the launch of two skin-care lines catering to the whitening and antiaging markets.

The more premium Shiseido beauty has been in India for more than a decade through a distributor, Baccarose, which still distributes the brand to more than 30 department stores.

Accompanying the launch of the serum is an unusual art exhibit — a series of installations by Bangalore-based artist and photographer Sharon Nayak. “I was inspired by the bottle, by beauty, and played with the idea to come up with a series of imaginative ideas,” said Nayak.

The installations in Mumbai encompass a new world in which beauty is transformed into art — with a series of fantastical visual stories using illustrations, paintings and photographs that celebrate a world that is innocent, glamorous, feminine, modern, powerful and everything beautiful.

In the last year, Za has opened in more than 140 doors in India, primarily in New Delhi, Mumbai and Bangalore, with two skin-care ranges — Za True White and Za Youth Reten- tion. A two-way foundation was launched in December.

“The growth has been phenomenal,” said Bukhari, adding that sales have been much better in traditional and smaller shops rather than in modern retail outlets. The modern trade options in India for Za include primarily multibrand beauty stores, such as New U and Health & Glow, and department stores such as Shoppers Stop, Central.

“Whitening is extremely strong. Almost 60 percent of our sales come from whitening, 20 to 25 percent is antiaging and the rest is foun- dation, etc.,” said Bukhari.

He talked about educa- tion coming at the upper end of the masstige market. Serums are still in the pro- cess of being inducted into beauty regimens in India. At 1,299 rupees ($20 at current exchange rates) for 30 ml., they are not impulse pur- chases. “Earlier, India was mainly a market for moisturizers, then the cleansers have been added on. Now it’s about inducting toners and serums into the regimen,” he said.

“We don’t have budgets for television or radio — we have small marketing spends. But it is about speaking to the right audience for skin care — and for the brand,” said Bukhari, who noted that now that the monsoon season was approaching, it was typical for beauty sales to drop in India, making it a time for a stronger marketing play.

“People are far more interested in art than we give them credit for,” he said.

Za’s competitors in the Indian market are long-entrenched players, such as L’Oréal, Pond’s and Olay. But as industry analysts observe, even a small part of the $1 billion pie in India is worth a big effort, especially as beauty markets in India continue to grow at 15 to 20 percent a year.