A New Romance for Ralph Lauren

The brand's venerable Romance women’s scent is getting a sexy sister in the form of Midnight Romance, a new fragrance that will launch in April in the U.S. 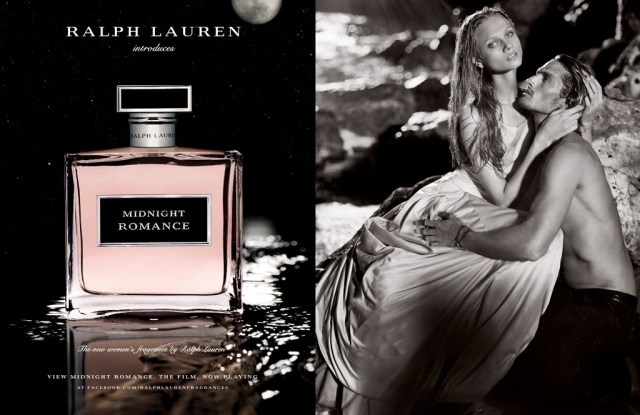 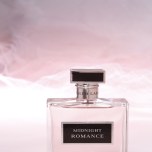 Ralph Lauren’s venerable Romance women’s scent is getting a sexy sister in the form of Midnight Romance, a new fragrance that will launch in April in the U.S.

“The idea of this fragrance is to bring women to a world of passion and love,” said Guillaume de Lesquen, worldwide president of Ralph Lauren Fragrances. “While the original Romance [launched in 1998] is much lighter and more innocent, Midnight Romance expresses the sensuality and edge of a woman and tells a different story, while still capitalizing on the strength of the Romance franchise.”

Alexandre Choueiri, president of International Designer Collections for L’Oréal USA, noted that “while the two share a name, we are treating Midnight Romance as a whole new fragrance.” And the fragrance is designed to appeal to a wide range of consumers. “We want to recruit all ages, but we think Midnight Romance will do especially well with women 25 years and older.”

The floriental juice, concocted by Firmenich’s Honorine Blanc and Alberto Morillas, has top notes of raspberry, Italian bergamot and juicy lychee; a heart of peony, jasmine sambac and freesia, and a drydown of black vanilla, iris absolute and ambrox. “These notes represent a tension between pink and black, between the masculine and the feminine,” said de Lesquen.

The bottle is the classic transparent Romance glass rectangle, tweaked with a shiny black and silver cap and pink-tinted juice.

The scent will be carried in about 4,000 department and specialty store doors, including Macy’s, Belk, Bon-Ton, Boscov’s, Dillard’s, Sephora Inside J.C. Penney, Stage, Ulta, Bloomingdale’s, Lord & Taylor, Sephora and Von Maur, beginning in April. The remainder of the rollout — to 50 overseas markets — will happen from April through August. Prior to that, said Choueiri, the brand will offer a presell campaign in 282 Dillard’s doors and 300 Belk stores. Customers will have the opportunity to test the scent and receive a sample of Midnight Romance and place their orders in those stores between Feb. 15 and March 1. The dot-coms of the other brick-and-mortar retail partners will also offer samples prior to the scent’s on-counter date.

Print and TV advertising was shot by Bruce Weber and features Anna Selezneva, who is also one of the designer’s runway models. The print campaign, which will include scented strips, will break in May fashion, beauty and lifestyle magazines, said Choueiri, and an online digital campaign will also feature sampling.

Executives declined comment on projected sales, but industry sources estimated Midnight Romance could generate global first-year retail sales of at least $80 million. Sources estimated that the company will spend between $20 million and $25 million on advertising and promotion in the scent’s first year.