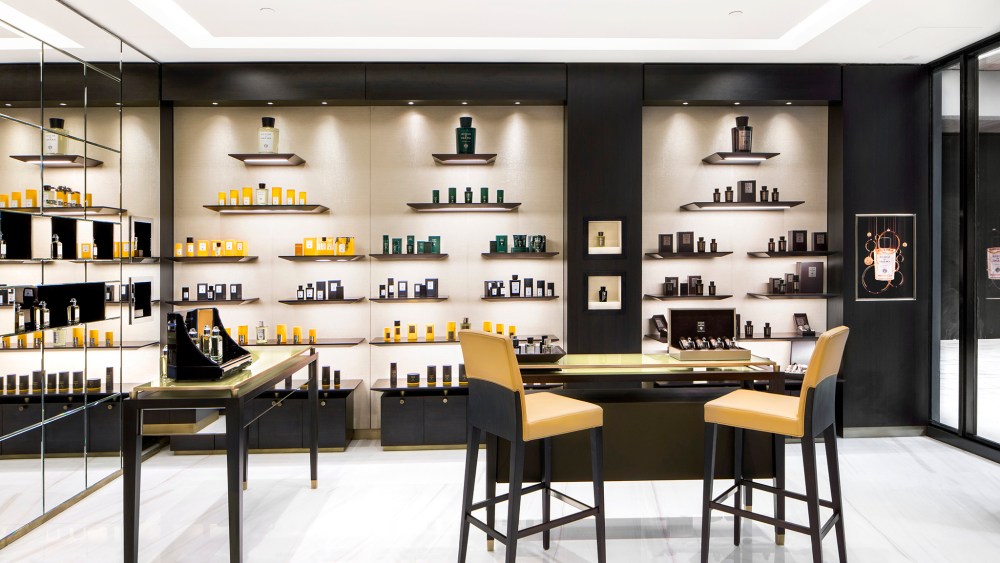 MIAMI — Acqua Di Parma had been sniffing around the U.S. for a while when Miami’s Brickell City Centre offered space for its first Stateside store and fourth worldwide.

Slightly smaller than the Milan flagship, the 1,000-square-foot location is large enough to fit a barber shop. There’s also room for its Blu Mediterraneo Italian Resort skin-care line and handmade leather accessories, such as dopp kits and weekender bags, which are only carried at company stores and not through its 200 wholesale doors in the U.S.

“Since our DNA is very niche, it’s important to tell the whole story about the brand — the heritage and lifestyle, a contemporary version of La Dolce Vita,” said chief executive officer Laura Burdese just before the opening party earlier this month.

Since launching Dec. 1, the store has attracted mostly locals from Brickell’s dense concentration of residential high rises and offices. Sunday traffic has been unusually high for Miamians, who are more likely to be found on a boat or at the beach during that time. Store manager Phillip Gallardo said the brand’s core customers are in their 30s and 40s, with the occasional twentysomething.

“It makes them feel grown up to wear their father’s cologne,” he said, of men’s and women’s top seller Blu Mediterraneo’s Mirto di Panarea.

Since most of the store’s loyal customers already own Oud, Quercia has become the overall second best seller here.

Miamians don’t skimp on barber services either. The store averages four shaves daily, with the prestige shave being the number-one request, in an authentic barber chair custom-made in Italy.

“It speaks to this clientele who likes to be pampered. We see a lot of regulars,” he said.

Burdese added there’s a real possibility to expand treatments by importing Blu Mediterraneo Spa here or elsewhere in the U.S., but retail remains her priority.

“We hope Miami’s the start to a long journey and plan to open one store per year in the U.S., with New York and Los Angeles next,” she said of the brand, which is owned by LVMH Moët Hennessy Louis Vuitton. “We’re a historic brand with annual sales growth in the double digits, so there’s no rush.”