In Bloom by Reese Witherspoon is the largest fragrance initiative this year for Avon.

By Gillian Koenig and Rachel Brown on June 12, 2009
View Slideshow 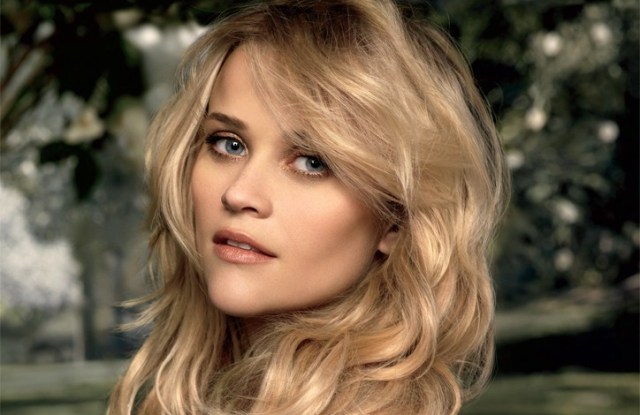 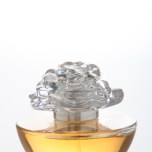 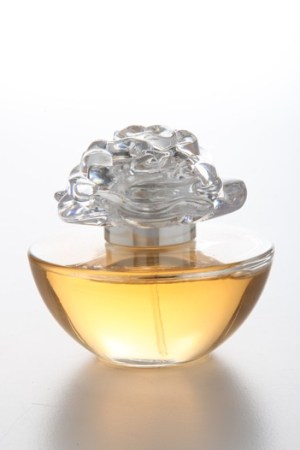 Reese Witherspoon is taking on a new role this fall — that of perfumer.

The Academy Award-winning actress has teamed up with Avon Products Inc. to launch her first fragrance, called In Bloom by Reese Witherspoon. While Witherspoon has spent the last two years serving as Avon’s global ambassador and brand spokeswoman, creating a fragrance marked something of a new endeavor for the 33-year-old.

This story first appeared in the June 12, 2009 issue of WWD. Subscribe Today.

“It was a unique experience for me because I had no idea what goes into making perfumes,” said Witherspoon, who sat down at the Four Seasons in Beverly Hills last month to discuss her new scent. “I thought you just pick a fragrance and it’s easy. But there were all these different levels of creating a scent that were new to me, but really fun and exciting.”

Witherspoon admitted that while the nearly two-year development process was more “complicated” than she imagined, it was also a bit of a natural extension for her. “I’m such a girly girl anyways,” she said during a trip to New York last week, where she emerged from her hotel suite wearing a pink Valentino dress and matching Christian Louboutin heels. “I really enjoy makeup and perfume.”

Due out globally in November, In Bloom is the largest fragrance initiative this year for Avon, which has slowly been building its scent stable by collaborating with designers such as Emanuel Ungaro and Christian Lacroix and celebrities like Derek Jeter and Patrick Dempsey. Witherspoon — who has an Oscar for best actress under her belt for her 2006 role as June Carter Cash in “Walk the Line” as well as leading roles in box-office hits like “Legally Blonde” and “Sweet Home Alabama” — undoubtedly adds a new level of star power to the direct-sales giant’s lineup.

“It’s really our first global women’s celebrity fragrance,” said Tracy Haffner, Avon’s vice president of global fragrance marketing and strategic alliances. “Our alliance strategy is meant to be diverse. We will never be only celebrities or only designers.”

While Avon declined to discuss sales projections, industry sources estimated that In Bloom could surpass $15 million in first-year sales.

“We’re hoping for great results,” Haffner said. “Our past alliances have performed extremely well and our success with Bond Girl 007 and Ungaro and Lacroix has really raised our profile in the marketplace.”

For her debut scent, Witherspoon, a Tennessee native, drew inspiration from her Southern roots. “I was really drawn by white flowers to get that sense of a steamy night somewhere in the South,” she explained. “Definitely gardenia is a big thing for me because my father — every Mother’s Day or on my birthday — would buy small bouquets or corsages for my mother and I. And my mother always wore beautiful white-flower perfumes, so as a young girl, that was my idea of femininity.”

The mother of two said her own daughter, nine-year-old Ava, helped in the creation process, smelling many of the initial ingredients that were presented to Mom Reese. “I asked her which one smelled most like me.”

Also helping Witherspoon on the final juice was Isabel Ryan, Avon’s director of creative fragrance development, and perfumer Olivia Jan of Robertet. In Bloom has top notes of Georgia peach, tea leaves and crisp greens; a heart of star gardenia, magnolias and night-blooming jasmine, and a drydown of cashmere woods, hypnotic florals and amber wood crystals.

“It’s indicative of where I am today,” said Witherspoon. “I’m feeling very strong and independent and so happy. The fragrance really captures that feeling — it’s very sensual, very romantic and alluring.”

“It’s the first time we have done the body mist and shower gel, and I think at $15, it really opens up the opportunity for people to buy into the line,” said Haffner.

Added Witherspoon: “I think Avon creates incredible products at really affordable price points and that’s, I think, what is on everyone’s minds these days.”

Also important to the actress was the packaging for her first scent, which is contained in a rounded glass bottle topped with an intricate flower. “I remembered the top of one of my grandmother’s perfumes, which was green,” said Witherspoon. “I remember being a little girl and looking at my grandma’s bureau full of beautiful, old well-designed glass bottles. She would give it to me at the end when she was down to the last little bit [of perfume and] I just got to play with the bottles. It was very inspiring for a little girl.” Both the champagne-colored box and a silver charm tied to the limited edition bottle feature Witherspoon’s initials — fitting for a Southern girl, according to Witherspoon. “I monogram everything because I am Southern — it’s a compulsion,” she joked. “All the towels in my house, my children’s luggage. It’s all monogrammed.”

Advertising, shot in December in Los Angeles by Peter Lindbergh, whom Witherspoon referred to as being “so cool,” features a very sensual and confident Witherspoon donning a champagne-colored dress by Max Chaoul. A television campaign is scheduled to break in October while two spreads will run in the company’s brochure along with scented pages, beginning in late October.

“Two spreads is a lot of space for us,” said Andrea Slater, Avon’s chief operating officer and senior vice president of marketing for North America. “It’s equivalent to our counter space, because the brochure is really our store.”

Avon also will hand out more than one million samples to its representatives, and 2,000 liquid touch samples will be distributed to its top-performing representatives.

Witherspoon is looking forward to a busy fall. “My other full-time job is that I’m a mom with two kids,” she said. “My son is graduating from preschool and off to kindergarten in September. It’s weird — it’s a big deal.”