Armani has enlisted the star power of Jason Morgan, an American model who appears in two new advertising campaigns shot by Matthew Brookes. 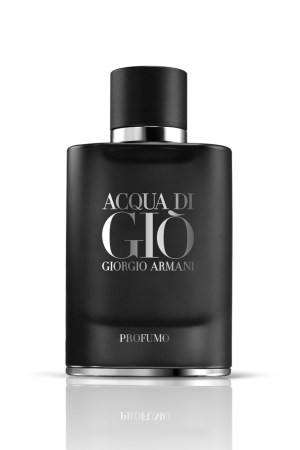 MILAN — Nearly 20 years have passed since Giorgio Armani’s Acqua di Giò hit the shelves, but even in the fickle, hyper-saturated fragrance business, consumer enthusiasm for the scent hasn’t waned. Now, to preserve the 1996 entry’s staying power, Armani has enlisted the star power of Jason Morgan, an American model who appears in two new advertising campaigns shot by Matthew Brookes.

The first campaign, for the classic Acqua di Giò eau de toilette, created by Alberto Morillas, shows Morgan swimming in the sea and reaching for a distant light before bursting out of the perfume bottle, while the second campaign — for a new variation of the original fragrance, also produced by Morillas, called Acqua di Giò Profumo — features Morgan extending his hand toward the craggy surface of a volcanic cliff, which then shatters. The campaigns launch next month.

“Mr. Armani always wanted to push creativity,” even for his established product lines, said Véronique Gautier, worldwide president of the Giorgio Armani Parfums division of L’Oréal Luxe. She described the two advertising campaigns as united in their “energy” and sense of “intimate pleasure.”

“It’s a masculinity with a lot of freedom…this idea that real perfection lies in nature,” she said.

“It’s not the message that changes, but the way it is expressed,” noted the designer via e-mail.

Morgan is the fourth face of Acqua di Giò, and was personally selected by Armani. “The models I choose must have a physicality that reflects a specific personality. It’s a very complex task, because these qualities — universal beauty, powerful strength and individual personality — are difficult to combine, especially in the way I want them to be,” said Armani adding: “Over the years I have always attempted to represent a male figure capable of revealing the most genuine, immediate side of his personality, I might even say the most sensual side, but with the naturalness that comes from being yourself at all times.”

Shot in Sardinia and in London, the new video campaigns are more high-tech than any of their precursors, making use of an underwater breathing tank and explosive effects, as well as meticulous post-production.

Over the years, distribution for Acqua di Giò has gone from 20,000 to 30,000 doors internationally, with the U.S. and Italy consistently the top two markets. The fragrance accounts for an estimated 30 percent of total Armani perfume sales, according to L’Oréal Luxe executives.

In 2015, retail sales for the two scents combined are likely to reach between 280 million and 300 million euros, or $315.6 million and $338.1 million at current exchange rates, industry sources suggested.

Since 2010, Armani has connected his Acqua di Giò fragrance portfolio to a charity project dedicated to making clean drinking water accessible in poverty-stricken regions of the world. To date, Armani’s Acqua for Life initiative has helped produce 230 million liters of clean water with Green Cross International.