Balenciaga has signed a deal with Coty Inc.’s Coty Prestige division to create, develop and distribute fragrance lines under the Balenciaga nameplate.

By Julie Naughton and Miles Socha on October 10, 2008
View Slideshow 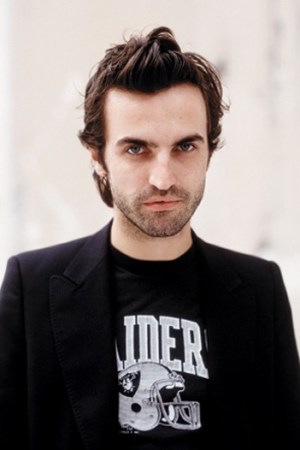 Balenciaga, one of the most influential names in fashion, is back in beauty.

The design house has signed a deal with Coty Inc.’s Coty Prestige division to create, develop and distribute fragrance lines under the Balenciaga nameplate. The first fragrance is tentatively slated for a spring 2010 launch.

The agreement will be unveiled today.

Terms of the deal were not disclosed. However, with Balenciaga’s revenues reportedly at upward of 100 million euros, or about $136 million at current exchange, at present, according to industry sources, and Coty’s global annual net sales said to top $4 billion, the deal is likely to have far-reaching results.

Founded in 1918 and purchased by PPR subsidiary Gucci Group in 2001, Balenciaga is now experiencing a strong resurgence under the creative direction of Nicolas Ghesquière and the business savvy of president and chief executive officer Isabelle Guichot.

“Fragrance is really something that was absolutely missing in the Balenciaga universe,” Guichot said Thursday. “Not only because it’s part of our history, but because it is part of the vitality of a fashion brand. It was always the most obvious missing category.”

While the house has been in fragrance before — its first scent, an aldehydic scent called Le Dix, was launched in 1946 — Balenciaga quietly let its licensing deal with Groupe Jacques Bogart (a division of Cyprus-based firm C.A. Papaellinas & Co. Ltd.) expire at the end of last year.

While Guichot noted that “it’s too early to see how big fragrance [sales] will be,” her plan is to create an aspirational fragrance with broad appeal. “We think that we can have a different point of view, and extend the Balenciaga brand to a broader audience,” she said. “It is a delicate exercise — we are not there just to print our name on the bottle — but we think fragrance will strategically enlarge the aspirational side of the brand.” Distribution likely will include specialty stores worldwide as well as Balenciaga’s burgeoning number of company-owned freestanding boutiques.

Coty was chosen as the licensee because the bulk of the company’s business is done in fragrance, said Guichot. “Coty is an important choice because it is a fragrance house, and we plan to develop a portfolio of fragrances,” she said. “Women’s fragrances are obviously a priority, but men’s fragrances are not out of the scope of possibility.”

While in the past YSL Beauté Holding handled the conglomerate’s fragrance licenses, PPR sold YSL Beauté Holding to L’Oréal in May. L’Oréal now has an exclusive and very long-term worldwide license for the YSL and Boucheron brands in the fragrance and color cosmetics categories, and took over YSL Beauté’s Stella McCartney, Oscar de la Renta and Ermenegildo Zegna beauty licenses.

“We talked to different companies, but felt Coty was the best choice because of its fragrance heritage,” said Guichot, who added that Ghesquière will be an integral part of the fragrance development process. “He is very excited about this possibility and about extending the reach of Balenciaga, and is already at work on concepts.” She declined to elaborate.

While Guichot did not rule out the possibility of color and skin care lines, she did note that fragrance is the number-one priority. In fact, the first meeting between the Balenciaga and Coty teams took place in the Balenciaga archives. “We spent a full day in the archives, reviewing our fragrance, advertising and ready-to-wear,” said Guichot, noting there was a special emphasis on Balenciaga’s first scent, Le Dix. “When you have a treasure like Dix in the archives, it makes sense to honor that heritage.”

For Coty Prestige — which, over the last seven years, has been building its fragrance portfolio in prestige through partnerships with celebrities such as Jennifer Lopez, Gwen Stefani and Sarah Jessica Parker — this move represents a strengthening of the company’s designer lineup, which includes Marc Jacobs, Vera Wang, Cerruti, Karl Lagerfeld, Jil Sander, Joop, Chloé, Vivienne Westwood and Kenneth Cole. (Sister division Coty Beauty handles the Kate Moss, David and Victoria Beckham, Celine Dion and Tim McGraw scents, among others.)

Michele Scannavini, president of Coty Prestige, will oversee the Balenciaga business for Coty. “Balenciaga is prestigious, elegant and sophisticated — and a brand which fits very well with our other designer brands, such as Marc Jacobs and Chloé,” he said in a phone interview from Asia Thursday. “It particularly has a very great equity in France and Spain, where we see the opportunity to grow our business, but we think it will sell well globally.”

And, while a spotlight has been shone on Coty’s celebrity fragrance partnerships over the last seven years, Scannavini noted that they are primarily a U.S. and U.K. phenomenon. “While the celebrity pillar [of our business] is important, the designer pillar is larger,” he said. “Just 10 percent of Coty Prestige’s global business is done by celebrity fragrances — they are big in the U.S. and U.K., but not so strong in Europe, where culturally the main driver has always been designer fragrances. The designer licenses are our core pillar, and this deal is accelerating the development of this area.”