The actress is expanding her beauty empire with the launch of three fragrances all positioned on emotions felt during certain times of day. 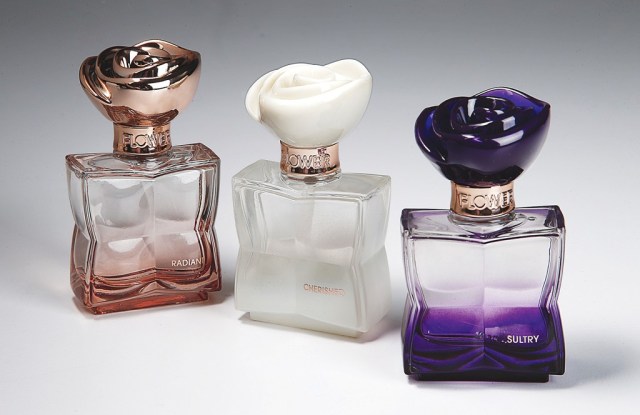 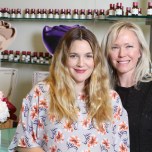 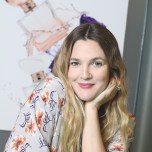 Drew Barrymore may seem like the quintessential California girl, but deep down she’s a true New Yorker. Case in point: She’s a devoted subway rider, delays be damned.

This story first appeared in the August 1, 2014 issue of WWD. Subscribe Today.

The beauty entrepreneur arrived for an interview 20 minutes late and snuck off to the bathroom before her photo shoot to quickly do her own makeup and put on the Topshop outfit she picked up the day before. Upon entry she apologized for her tardiness, explaining that it was due to delays on the F train.

But for her, there is no alternative. “The subway is the only way,” she noted.

Even when the Hollywood megastar was attempting to plan a press tour for appearances at Wal-Mart stores across the country for her color cosmetics line Flower, she was looking at commercial tour buses, not private jets.

“It wasn’t easy,” admitted Barrymore of the logistics of entrepreneurship. “I was also pregnant and I’ve had two kids since I’ve launched this line.”

Now Barrymore is about to take her line, which is co-owned by design and manufacturing firm Maesa Group, a step further with the launch of three fragrances — Cherished, Radiant and Sultry.

“A singular celebrity fragrance — I was never interested,” said Barrymore. “Also, there was never really a time or venue to do it. I was told when I was seven, don’t promote everything, because after ‘E.T.’ there was so much stuff coming my way. A very wise person, who will remain nameless, once said, ‘Think about the longevity and your broad vision. Don’t take easily available right now.’ It scarred me and stuck with me in the best way. It kept me streamlined.”

Despite her low-key, wholesome lifestyle, Barrymore hasn’t been able to escape the camera’s glare entirely, such as when the media seized upon the death of her half sister, Jessica Barrymore, this week in California.

But during the earlier interview, Barrymore was all business, insisting that the new scents are not merely celebrity-endorsed products.

She asserted, “This collection of [Flower] fragrances is actually about a story and has an emotional association. The story really is about a woman who is multifaceted.”

The scents, which were developed by Givaudan’s Stephen Nilsen, each signify the emotions associated with a different time of day.

Cherished, which blends top notes of morning dew accord, sparkling cassis and Italian lemon accord atop a heart of iris petals, cabbage rose and springtime lily of the valley, with a drydown of Tahitian vanilla, clean cotton musk and creamy sandalwood, represents the morning and is rooted in the word nuzzle.

“We always use the word nuzzle,” said Barrymore. “The nuzzling nature of when a woman is with the thing that is most important to her and her family and in her home.”

The second scent, Radiant, opens with dewy green notes, sparkling Italian bergamot and watery calone, has a heart of cabbage rose, pink peony and magnolia, and a base of crystalline musks, pink amber and blond woods.

“Once [women] have to leave that home and support what [they’ve] created, women have to earn a living whatever that might be,” she said. “[Radiant] is something that will carry you. Feeling fresh throughout the day is a beautiful necessity.”

Sultry, the last scent, fuses purple plum, cranberry cocktail and pink pepper with midnotes of night blooming jasmine, cashmeran and juicy blackberries and a base of patchouli, Madagascar vanilla and sultry musks.

“By this time, it’s nighttime and there is hopefully romance in our life,” quipped Barrymore. “It is aspirational, it is the escape and it is the need to keep everything alive.”

Barrymore noted that all three fragrances have similarities so they can be worn together.

“They’re a bit like a symphony where you have different movements and you can listen to each movement on its own,” said Nilsen. “Also, in the context of the whole symphony they all work together.”

Barrymore added, “I don’t know about other women, but I also don’t always love just one thing. I think one of our credos behind this is whatever your mood as well as an inspiration of an emotional time line.”

Eau de parfum sprays in two sizes — 30 ml. for $24.98 and 15 ml. for $19.98 — will be offered, as will a rollerball priced at $9.98. Taken from Flower’s classic signature compacts, the bottles are topped with a rose-shaped cap and are laser-etched in creamy white, rose gold and deep purple to represent the time of day.

Flower fragrances will launch in October in the U.S., in 3,100 Wal-Mart doors. In January, Wal-Mart added 1,000 doors to Flower’s distribution. The company’s color cosmetics are now available in 2,560 stores of the mass-market chain. Flower color cosmetics and fragrance will also make their way to Canada for the first time in October and will be sold in 400 Wal-Mart retail locations. Barrymore noted that the fragrances wouldn’t be merchandised with the celebrity brands, but with the designer brands.

“Hopefully, this can come out, stand the test of time, grow, evolve, change and not just be a one-off,” said Barrymore.

Flower fragrances will be housed in four linear feet of Wal-Mart stores exclusively and will also be sold online at walmart.com. Industry sources estimate the trio will generate $30 million in first-year retail sales in the U.S.

“We believe our customers are looking for the quality and the packaging and the designs that are offered in the prestige market,” said Jody Pinson, vice president of merchandising at Wal-Mart. “That’s why we’re launching the fragrance under that same platform. We believe that we continue to have momentum in the [Flower] business, which is why we’re continuing to work with them in other [categories]. Right now, we’re pretty happy with the performance of it.”

Pinson added, “We’re going to continue to get behind the brand and grow it in the marketplace, and I think fragrance is a great segue into that.”

“Because Flower is so unique, our repeat sales are through the roof,” said Petra Tucker-Moss, senior director of marketing and product development at Maesa. “[Also], we’re finding that we’re helping [Wal-Mart’s] beauty aisle become a destination in beauty, which they’ve never had before.”

To market the scents, Wal-Mart will provide in-store visuals and testers, which, according to Tucker-Moss, is something very unusual at the mass-market chain. Additionally, Flower will utilize all of its social channels.

“Right now, we’re very loyal and exclusive with Wal-Mart,” said Barrymore. “We’re about building within them and we really consider it a great partnership even though it’s not a proprietary brand.”

While Barrymore will appear in Flower’s initial ad campaigns, she is open to recruiting Flower girls and would like Flower to become a multigenerational company.

“I’m starstruck when I see Terry de Gunzberg [the makeup artist and entrepreneur] or those Clarins girls in [WWD],” said Barrymore. “Those are my starstruck moments now.”

To that end, for Barrymore, a career as a beauty entrepreneur is the perfect fit.

“[This career] is very tangible [for me],” she said. “I always loved filmmaking, it was my first love and I did it as a kid, but what really drove me was starting my own company and building Flower Films. Flower is a word that I’ve had as a banner for 20-something years. In some ways [being a beauty entrepreneur is] very similar to filmmaking, it’s about creativity, but it’s all about business. The business needs the creative and there are rules and guidelines as to what money can allow you to do.”

She added, “I love directing and I have directed a film and I would love to again at some point, but I would not be able to direct a film right now. It’s two years of your life and I would miss taking my kids to school.”

However, when it comes to guidance with Flower, she seeks advice from her father-in-law, Arie Kopelman.

“I come to him with everything, I really do,” she said. “[He’s] honest and sharp and a really wonderful driver to always do my best. I get great, wonderful, sometimes harsh, smart advice from him. And I make decisions based on certain conversations we’ve had.”

Although Barrymore has put acting, filmmaking and her newfound hobby of cooking on hold, the mother of two is planning to transport her family to Italy in the fall while she takes cooking classes.

“I totally had to stop cooking for a second and start losing this baby weight,” said Barrymore, adding that she recently baked a cornmeal, blackberry butternut biscuit and topped it with a scoop of vanilla ice cream. “I refuse to diet, but I like to cook nothing but carbs with cream sauce.”