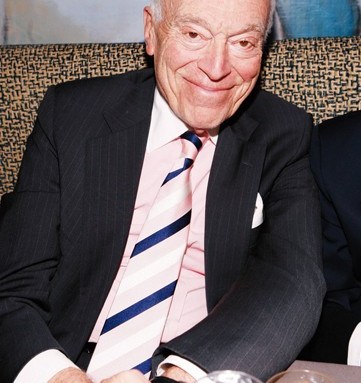 The past decade was a pivotal period for the beauty industry that triggered both an expansion and contraction of retailing and manufacturing, the rise of the Internet as a channel of authority, a surge of premium-priced skin care and the further globalization of the way the business is conducted.

What happened in the last 10 years also set the stage for the present era of multiple choices. Or as Leonard Lauder, chairman emeritus of the Estée Lauder Cos. Inc., said, “[This] decade will be the multidecade — multichannel, multibrand, multinational companies, multinations, multiethnic, and multiselection in the channels that sell these products.”

This multiplicity is carving grooves into the surface of a much larger globe, thanks to the reach of new technology. “We are living in World War III,” noted Lauder, who, perhaps more than anyone, has determined the shape of the prestige beauty business during the last half-century. “We are all as interested in the BRIC countries [Brazil, Russia, India and China] as we are in more traditional countries, such as Japan, the U.K. and France. One can’t simplify say the battle is only in the emerging markets. The battle is raging everywhere.”

E. Scott Beattie, president, chairman and chief executive officer of Elizabeth Arden Inc., pointed to the evolution of technology and education during the last five years in particular that allows companies to manage global businesses better. “The last decade — not just for beauty, but for all personal care — has shown the importance of having a global platform,” he said. “I think the next 20 years will be some of the most exciting times for growth and success that we have ever seen. Emerging markets — including Southeast Asia, Northern Asia, South America and Eastern Europe — will continue to grow in importance. Beauty products are one of the first aspirational products consumers in emerging markets buy.”

The dynamics that shaped the Naughts decade were outlined by Lauder, Beattie and a number of other key executives, who discussed the forces that impacted business.

Noting that the revolution of the early 20th century was ignited by the invention of the internal combustion engine, Lauder maintains the most impactive change late in the century was the advent of consumer credit cards, the significance of which fully flowered in the last decade. Previously, department stores had a monopoly because they provided credit. All of a sudden, shoppers could take their own credit anywhere, opening the door to the creation of freestanding stores — such as Sephora, Ulta and Bluemercury — in beauty. “People tend to blame department stores for almost all their ills; don’t blame management, blame plastic,” said Lauder.

This also empowered a new, younger customer, who “did not necessarily want to buy where her mother shopped,” Lauder continued. The retailers that benefited were chains like Gap, Zara and H&M, that were nimble enough to change fashion assortments every six weeks — a supply chain flexibility that department stores couldn’t match. This then led to more impulsive buying. “New fashion became the Kleenex of the emerging century,” Lauder noted.

In beauty, with the dawn of the decade, the acquisition frenzy of indie brands that had characterized the Nineties began to change. Prices rose and distribution began to diversify with TV shopping channels, like QVC and HSN, on one side and specialty chains, like Bath & Body Works, on the other. “It seemed that freestanding stores were going to be the wave of the future,” Lauder recalled. As perhaps an outgrowth, distribution lines between mass and prestige fragrances began to blur as “it became OK to sell prestige brands in mass.” The economics changed to emphasize fragrance launching over long-term brand building. “It went from fragrance of the year to fragrance of the week,” Lauder quipped.

Marc Puig, chairman and ceo of the Barcelona-based family owned firm of the same name, observed that the fragrance category was dealt a competitive blow during the decade by the rise of sexy gadgets, ranging from DVD players to iPhones, as alternative affordable gifts. “We’ve lost our coolness,” said Puig, adding the beauty industry has to recapture its cachet with the consumer “or else we are lost.”

Puig also noted the industry has been squeezed by the consolidation of retailers. Once there were a thousand perfumeries in each of the major European markets. Now a handful of chains dominate the whole continent.

Lauder’s point about the rise of the indie brands was echoed by Pamela Baxter, U.S. president of Christian Dior. She observed that one of the big drivers of the past decade has been the rise to dominance of brands like MAC Cosmetics. “The emergence of makeup artist brands put a lot of pressure on the Big Three,” she said, referring to Clinique, sister brand Estée Lauder and L’Oréal’s Lancôme. During the Nineties, brand building was fueled by big media and gift-with-purchase promotions, which put the Big Three in the driver’s seat. Then the priorities shifted in the past decade: it became all about product storytelling, service and word-of-mouth. Brands were built in a different way through point of view. Instead of invoking exclusivity, as in the past, inclusiveness became the draw. “MAC was for everybody,” Baxter noted.

The second big development, in Baxter’s view, was the explosion of high-priced high-performance skin care, with the emergence of niche brands like La Mer that grew into a major force within the decade.

Heidi Manheimer, ceo of Shiseido Cosmetics America, observed: “Two things in the last decade have really changed the beauty business. The first is the rise of the Internet and all things mobile. Consumers want what they want right away, and the amount of information on the Internet is incredible. Consumers are listening to blogs and social media to make purchasing decisions and to research products and brands. The other major thing has been the consolidation of retail; where 10 years ago we were working with many regional chains, we are now working with just a few national chains. The positive part of that is it allows us to be more consistent with the messages and products we bring to the store level.”

The distribution revolution of the last decade is viewed as a plus by Alex Gourlay, ceo of Alliance Boots’ health-and-beauty division. He is positive about the impact the past decade has had on the beauty industry. He noted that 10 years ago, many women had little option but to shop for beauty products in department stores, which may have been an intimidating experience for some.

“Now it’s more open and accessible, but it still feels special,” said Gourlay. “It’s so important that [shopping for beauty] feels like a treat, and the market has done a good job at evolving without losing [that special nature].”

Louis Desazars, ceo of Nars Cosmetics, said, “The past decade has been great, for the most part. We still saw growth overall, and we saw the explosion of the Internet in beauty retailing. That changed the landscape — that’s been a huge thing. We’ve seen players like Coty and P&G edge ever deeper into the prestige beauty category, which means that the overall market has become even more competitive than before. However, overall, I think there’s been less innovation and less risk-taking than we saw in the late Eighties or early Nineties. There used to be more of a willingness to push the envelope — take [fragrances] Opium, Poison, Angel. Indie makeup artist brands like MAC, Bobbi Brown and Nars all rose to great prominence and then were acquired by major players; [fewer indie brands have emerged] in the last few years because the cost of entering the market has become so expensive for new brands. This decade has also been market by the consolidation of retailers and big players. Each seems less willing to take risk — they want the sure thing. However, what people have learned from this economic crisis is how important innovation is. The coming decade should be interesting.”

Nicholas Munafo, president of Beauté Prestige International USA, said, “The last decade in fragrance has produced a proliferation of launches which haven’t resonated with consumers, or made them dream. That has made the entire industry challenging. The overall quality of products for a lot of companies has not necessarily gone in the right direction. There is also an opportunity to innovate in how we sell fragrances at retail. Except for Sephora, there really hasn’t been innovation in the way fragrances are brought to the consumer.”

Youcef Nabi, president of Lancôme International, said that, a decade ago, Christie Brinkley was the quintessence of beauty.

“You know, I love Christie Brinkley — she’s a fabulous woman,” the Lancôme chief said, adding that, 10 years down the line, what’s considered beautiful has moved away from solely encompassing blonde-haired, blue-eyed looks.

“I think today, being beautiful is so much more diverse; so many different people are considered as being beautiful, from Ellen DeGeneres to Arlenis Sosa, [among others],” said Nabi. “I think that the idea of beauty has become so diverse that it’s really very healthy for a lot of women.

“Even if some brands are still focusing on one image of beauty, I think honestly that the whole beauty industry should make an effort to show as much as possible different faces, especially in terms of age and color,” continued Nabi.

Lauder had three pieces of advice for department stores as they compete to reclaim consumer traffic: “Recognize that their unique selling proposition for cosmetics is a service that they get from the beauty advisers and consultants; make it easier for indie brands without deep pockets to enter the department store world, and find a way to be able to be always in stock and with trained beauty advisers available to the consumer.”