The September launch of the singer's third fragrance, called Beyoncé Pulse, is being viewed as a major step for the brand. 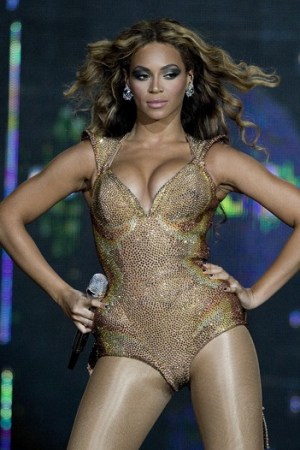 The Coty Beauty division of Coty Inc. said Thursday it will launch its third Beyoncé Knowles women’s fragrance in September in department stores and perfumeries around the world.

The launch of the new fragrance, called Beyoncé Pulse, is being viewed as a major step for the brand. Coty declined to provide financial details, but industry sources indicate that company expects this fragrance to double the size of the franchise to total retail sales of $140 million annually. That means that Pulse has a first year sales target of $70 million at retail, or $42 million at wholesale, in the first year.

“Pulse truly is a game changer in the category,” said Steve Mormoris, senior vice president of marketing for Coty Beauty.

Distribution will reach more than 60 countries and the fragrance will be supported with print and TV advertising starring the singer, in addition to a full battery of digital media, such as Twitter and Facebook. The TV campaign will break in August. The print advertising was shot by Lionel Gasperini and the TV advertising was done by music video director Jake Nava, director of Knowles’ “Single Ladies” video. He also shot the TV commercial for Knowles’ first fragrance, Heat. Knowles herself edited the Pulse spot.

“I believe my music makes women feel strong, and Pulse is all about finding that power inside,” the superstar stated. That positioning about the power of femininity is carried through the product’s formula. It is a citrus, floral gourmand scent anchored by orchid, Knowles’ favorite flower.

“Pulse is a breakthrough in its composition and olfactive family,” stated perfumer Bruno Jovanovic of International Flavors & Fragrances, who created the fragrance along with fellow perfumer Loc Dong. “The contrasted structure highlighted by sparkling citrus blend on top and warm, deep and sensual vanilla infusion in the back characterizes a citrus gourmand innovative classification. The final result is a high-energy charged fragrance with extreme sensuality.”

According to the perfumers, the bluebird orchid at the heart of the formula has never before been featured in fragrance. “I tried to capture the strength of a performer like Beyoncé on stage,” stated Dong. I was able to convey the electric energy she communicates to her audience with an overdose of citrus fizzy effect. The citrus profile of the fine flavor curaçao gives a striking freshness on top.”

The Pulse packaging is an inverted chrome bottle, Knowles said. “I wanted to do something completely out of the box and modern, so we created the upside down, faceted bottle that highlights the blue juice inside. The chrome cap is inspired by my stage costumes.”