Anna Molinari said the eau de parfum is “very seductive, sensual and romantic, and it follows the theme of our fashion." 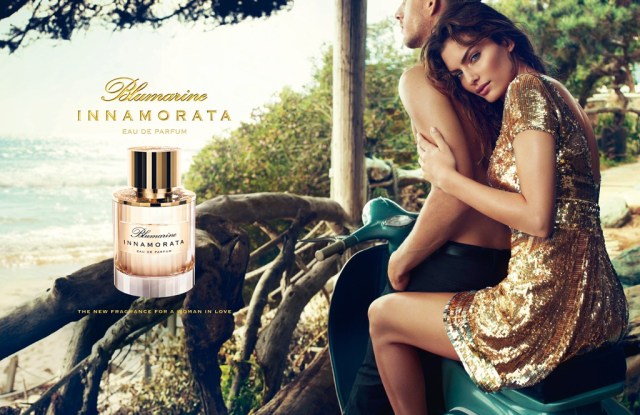 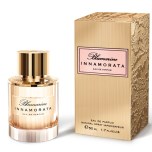 MILAN — For all those women with butterflies in their stomachs, Blumarine is launching a new fragrance: Innamorata, which will hit the European market this month.

Innamorata targets “any woman in love,” emphasized Blumarine founder Anna Molinari at a press presentation in Milan, noting that “You can fall in love at any age.”

Molinari said the eau de parfum is “very seductive, sensual and romantic, and it follows the theme of our fashion. It’s very important for a woman to match her clothes to her mood, and also her perfume to her mood.”

Roberto Martone, president of ICR-ITF, which holds the license for Blumarine fragrances, said the perfume will initially be available at 4,000 doors, and later distribution will reach 6,500-7,000 doors. “We’ll launch at first in Europe, then we will extend distribution to the Arab markets and the Far East,” he said. “We’ll reach the U.S. in January or February 2013.”

Though Martone declined to provide a dollar estimate, industry experts anticipate first-year sales of about 10 million Euros, or approximately $13 million, for the fragrance.

Two noses worked on Innamorata, Sophie Labbé and Olivier Polge of International Flavors and Fragrances. The top notes contain bergamot, mandarin and passion fruit; the heart is composed of ylang ylang, magnolia, frangipane and grapefruit flower, and the fragrance dries down with hints of benzoin, creamy musk and cashmeran.

Parisian designer Thierry De Baschmakoff devised the bottle in faceted crystal on a circular base, with a zinc cap in platinum-gold that picks up the floral lace of the packaging. “Blumarine Innamorata” appears in glossy relief across the bottle’s rosy label.

Michelangelo di Battista shot the fragrance’s advertising campaign, which shows model Alyssa Miller in a gold sequined dress, straddling a scooter and resting her head against her lover’s back as she gazes languidly at the camera.