The fragrance was developed by the Coty Inc., but many of the creative decisions were driven by the luxury firm's creative director Tomas Maier.

By Pete Born and Courtney Smith on July 1, 2011
View Slideshow 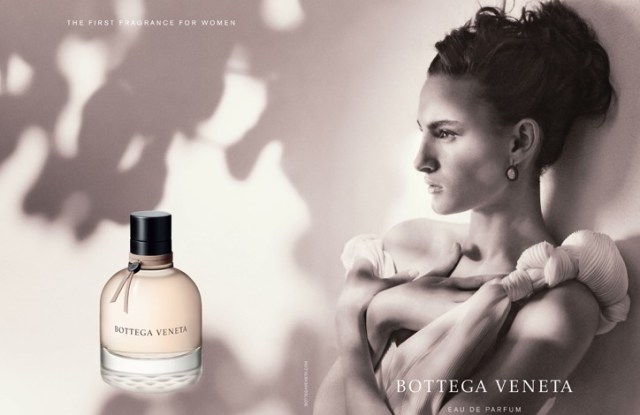 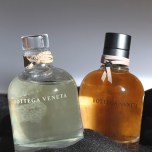 MILAN — Bottega Veneta is an old-world luxury firm that is long on craft and legacy, but lacks one thing normally associated with a design house — a fragrance.

That is about to change, with the upcoming launch of its first women’s scent. The fragrance was developed by the Coty Prestige division of Coty Inc., Bottega’s fragrance licensee. But many of the creative decisions were driven by Tomas Maier, the creative director who joined the Italian design house 10 years ago and sparked the brand’s revival with an understated, refined aesthetic that he calls “invisible, private luxury.”

Françoise Mariez, senior vice president of marketing and European licensing at Coty, described the company’s mission as creating a brand reflecting Bottega’s upscale artisanal heritage that will generate a global business with 6,000-door distribution within three years. Coty did not disclose projections, but industry sources estimate the fragrance could do $35 million to $40 million in retail sales for the first year, with $6 million to $9 million of the total coming from the U.S.

Mariez characterized the eau de parfum as a leathery, floral chypre. Speaking of the two-year development process, Maier said, “The process went back and forth many times, and the final fragrance happened on the 151st decision. I’ve always been interested in the idea of scent — it is attached to a physical place, a person, moments, and memories. It underlines individuality.”

The scent was composed by Michel Almairac of Robertet, and features notes of patchouli, oak moss, Italian bergamot, Indian jasmine sambac, Brazilian pink peppercorns and Indian patchouli. It fits Maier’s vision: “An old house in the beautiful countryside in the Veneto region of Italy with rolling green hills, where we’re from. I envisioned a room with old wood floors, library walls and leather-bound books with the windows open wide, the breeze coming in and cut grass, hay, moss, garden flowers, growing through the room and everything mixing up. That’s where we started.”

The bottle’s design is about contradictions: soft, rounded curves coupled with a substantial weight. Maier said the design came naturally as an organic process after working with the same Murano glassmakers who developed the glasses and water carafes of his eponymous home collection. A small metal brunito cap (the standard Bottega Veneta color) and a leather ribbon clipped with a butterfly stamp hides an underside evocative of the house’s signature intrecciato woven leather. “Everything has to function, because I’m very function-oriented and pragmatic,” said Maier.

The first launch will be in the U.K. at Harrods on July 17, with a rollout to 48 other British doors on Aug. 14. It will debut elsewhere in Europe in September and the first break in the U.S. will be at Bergdorf Goodman in New York on Sept. 8, followed by Neiman Marcus a week later. On Nov. 1, distribution will roll out to Bloomingdale’s, Saks Fifth Avenue, Lord & Taylor and Nordstrom.