The brand is bringing a third fragrance into the fold: Mon Jasmin Noir L’Eau Exquise. 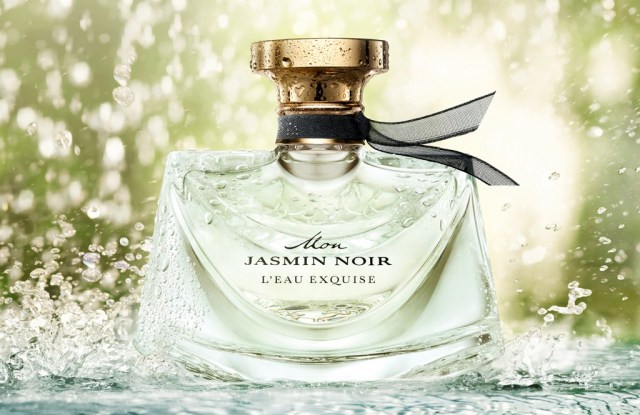 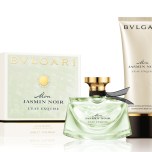 The eau de toilette, which will arrive in Europe and the United States next month, will hit the Asian market in September. In the U.S., the fragrance will be available in approximately 3,000 doors, including department stores and select retailers.

“I wanted to create a new story with a much more fresh fragrance,” said Sophie Labbé of International Flavors & Fragrances Inc., speaking at Milan’s Bulgari Hotel. “Luminous, precious, but with the strong personality of Mon Jasmin Noir.”

She cited the Boboli Gardens in Florence, Italy — filled with rich greenery, murmuring fountains, delicate flowers and soft shadows‚ as a source of inspiration.

Noting there is a “common thread” among the original Jasmin Noir (2008), Mon Jasmin Noir (2011) and the new Mon Jasmin Noir L’Eau Exquise, all of which contain jasmine and almond traces, Labbé nevertheless pointed out that the latest fragrance uses Moroccan Jasmine, whereas the previous fragrances used an Indian version of the flower.

“This fragrance is more tender, creamy,” she explained, further describing it as “sensual, sparkling and crisp.”

Pink pomelo and fresh green almond form the top notes, while the heart contains grandiflorum jasmine blended with sambac jasmine white tea and the base of the fragrance contains cedar and white musk notes.
Labbé, who has worked on developing Bulgari fragrances since 2007, said creating the Jasmin Noir fragrances was like “transposing fine jewelry into perfume.”

Although Bulgari executives would not provide a figure, industry sources estimate the new perfume could propel the overall Jasmin Noir portfolio to about 45 to 50 million euros, or about $59 to 66 million at current exchange rates, in first-year retail sales worldwide. Mon Jasmin Noir L’Eau Exquise could bring in about 15 million euros, or $20 million, in retail sales worldwide for the same period.

A new ad campaign reunites photographers Mert Alas and Marcus Piggott with American actress Kirsten Dunst, who also was the face of Mon Jasmin Noir. Thomas Thurnauer created the set and Julia Von Boehm handled styling for the shoot, which took place in Los Angeles. The campaign will air in May.

The Mon Jasmin Noir L’Eau Exquise bottle is clear — revealing the ethereal, soft green perfume — and rounded with a delicate, lacy weave of jasmine flowers at the base and an organza ribbon around the cap. The fragrance will be available in two sizes: in Europe, a 1.7-oz. bottle will sell for 65 euros and a 2.5-oz. version will sell for 85 euros, while in the U.S. prices are set at $75 and $96 respectively. A 3.4-oz. scintillating body lotion will retail at 28 euros in Europe and $35 in the U.S.