The name conjures the bitter oranges found in southern Italy and Greece, and the fragrance’s packaging is designed to open like two halves of a piece of fruit. 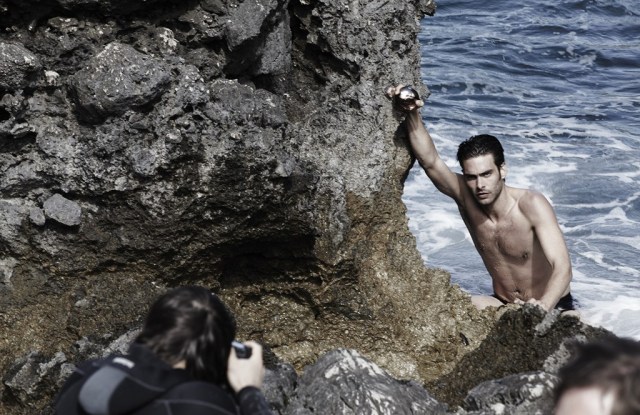 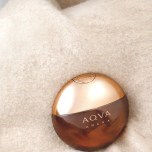 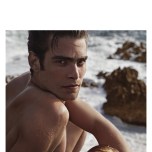 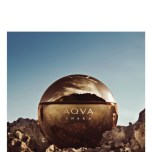 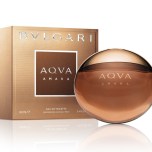 MILAN — Channeling the vitality of the Mediterranean Basin, Bulgari is introducing a new men’s fragrance the company says has staying power: Aqua Amara, a citrus successor to the original Aqua Pour Homme, which the Italian jeweler, part of LVMH Moët Hennessy Louis Vuitton, launched in 2004.

The name conjures the bitter oranges found in southern Italy and Greece, and the fragrance’s packaging — with a copper-colored bottle shaped like a rounded beach pebble — is designed to open like two halves of a piece of fruit.

“We expect the same positive response to Aqua Amara that the original Aqua experienced,” said Alberto Festa, president of Bulgari Corp. of America. “With its originality in color and innovative raw materials, it will set a new trend and standard.”

Bulgari Parfums managing director Valeria Manini said the new men’s launch was part of a larger strategy to promote the best-selling Aqua and Omnia lines as high-end creations “developed for a larger audience.”

“We are working very hard to try to elevate what are considered the ‘entry’ product lines,” she said. “There are two possible approaches here: either you treat the fragrance as a big commercial blockbuster, or you say, no, we want to treat this like a very precious object.”

To that effect, perfumer Jacques Cavallier was meticulous in assembling Aqua Amara’s ingredient list: the Sicilian mandarin that accounts for a full 7 percent of the juice was collected midseason from the heart of a crop grown especially for Bulgari. Other ingredients include Tunisian neroli oil, a specially developed watery accord, Indonesian patchouli and frankincense.

Cavallier, who first collaborated with Bulgari in 1995 and created the original Aqua Pour Homme scent, said he wanted Aqua Amara to be warmer and richer and “to embody Italian elegance.” He set out to build the fragrance around mandarin, which he calls “floral, fresh and fruity.” Cavallier also said that while the patchoulol — a specific part of patchouli — used in Aqua Amara gave the fragrance masculine depth, ultimately a strong perfume is neither strictly masculine or feminine, and the fragrances customers choose vary by culture.

In keeping with Bulgari’s decision to position Aqua Amara upmarket, the eau de toilette will initially be available worldwide in about 12,000 doors starting this February, before reaching the complete network of 24,000 doors. In the U.S., considered a key market for the brand, Aqua Amara will be carried in about 2,000 specialty and department stores.

Manini declined to reveal Bulgari’s sales expectations for the scent, however industry sources estimated that Aqua Amara could bring in 25 million euros retail, or about $34 million at current exchange, in its first year on the shelf, and the entire Aqua line of fragrances could reach 100 million euros, or $137 million, wholesale in the same time frame.

Prices are set at 69 euros, or about $95 at current exchange, for the 50-ml. bottle, and 93 euros, or about $138, for the 100-ml. version, making Aqua Amara slightly more expensive than Aqua Pour Homme. A bath line and gift set will also be available.

Bulgari tapped model Jon Kortajarena from Bilbao, Spain, for the advertising campaign, which breaks in February and was shot by Mario Sorrenti on the island of Capri. Marini said the campaign would make use of print — in glossies such as Esquire, GQ, Details and Men’s Health — as well as the Web and television.