The designer's latest fragrance, Downtown, aims to bottle city cool and distribute it around the world. 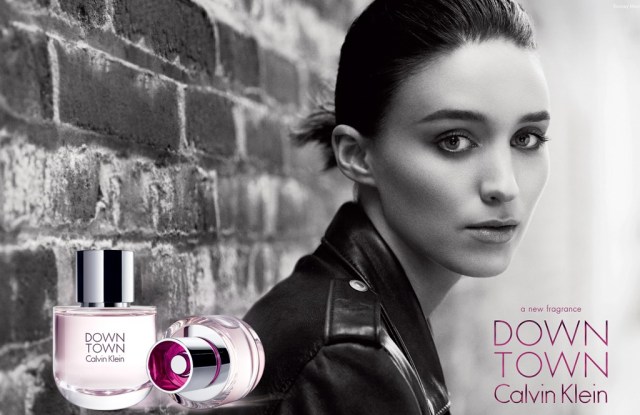 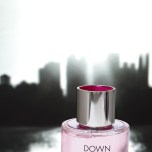 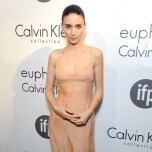 Calvin Klein is headed downtown with his newest women’s scent this summer — and industry sources estimate the fragrance could deliver a $120 million payday in retail sales globally.

The new offering, Downtown, will be on counter in July in selected global markets and hits U.S. counters in September.

“Calvin Klein is our largest fragrance business and very important to us,” said Jean Mortier, president of Coty Prestige. “Our aim is to strategically create another women’s fragrance as big — or bigger — than Euphoria.”

Catherine Walsh, senior vice president, American Fragrances for Coty Prestige, noted that Coty executives mined the designer’s storied past in developing Downtown. “Calvin’s always been a leader, not a follower,” said Walsh of the Calvin Klein fragrance portfolio, which Coty acquired from Unilever in 2005. “He was the first to put his name on underwear, the first to do a fragrance masterbrand. When we looked at all of his scents, we realized that they shared one trait: they are authentic and personal. And then we strategized how to put that in this bottle.”

Downtown is aimed at a consumer sweet spot age of 25 to 35, added Walsh. “This group of consumers lives by its own rules,” she said. “We’ve put together a superaspirational scent. Globally, consumers see downtown as a place they want to be. They identify it with youthfulness, edginess and cool.”

“Not only do we believe strongly in it, every retailer we’ve shown it to has been extremely bullish about Downtown,” said Rey. “We are fully expecting this to be a top-10 brand.”

“Our legacy is with minimalist packaging, and Downtown is no exception,” said Thomas Burkhardt, vice president of marketing for Coty Prestige. The rounded bottle has a pop of fuchsia inside the hollowed-out cap, and the color is followed through to outer packaging, with a sleek white typeface.

While all executives refused to discuss sales projections, industry sources estimated that about $30 million of the possible $120 million global sales target would come from the U.S., where Downtown will be available in about 3,000 department and specialty store doors.

Actress Rooney Mara has been tapped as the face of the campaign, which includes TV spots directed by David Fincher and print ads shot by Jean-Baptiste Mondino. The concept is a young woman living in her own world, breaking away from the “expected,” noted Burkhardt, adding that digital assets will include Instagram, Twitter and Facebook pushes. “We want to create a dialogue with consumers,” said Rey.

TV spots will be cut in 30-, 20- and 18-second spots, and a 60-second version will live online, said Walsh, noting that TV in the U.S. market will begin in September and return for the holidays. Print advertising breaks globally in July fashion, beauty and lifestyle magazines.

“I am very excited to be included in the group of amazing women that have been featured in the iconic advertising campaigns for Calvin Klein fragrances,” Mara told WWD. “It’s an honor to be part of a brand with such a legacy of breakthrough advertising. The Downtown fragrance holds true to the chic, confident and simple feeling of the Calvin brand. The effortless and timeless appeal of the Calvin Klein Collection and the Downtown scent made this a natural partnership.” Mara will next be seen in director David Lowery’s “Ain’t Them Bodies Saints,” opposite Casey Affleck and Ben Foster. The independent drama premiered in competition at the 2012 Sundance Film Festival and will be distributed by IFC on Aug. 16. Mara recently wrapped production on the Spike Jonze film entitled “Her” as well as an untitled Terrence Malick project, opposite Ryan Gosling and Natalie Portman.

“The launch of Downtown Calvin Klein is an exciting addition to our diverse and comprehensive fragrance portfolio,” said Tom Murry, chief executive officer of Calvin Klein Inc. “This latest offering fuels the continued development and innovation that drives the Calvin Klein fragrance brand.”