Calvin Klein is looking for CK Free, its newest men’s scent, to add weight to its global fragrance franchise this fall. 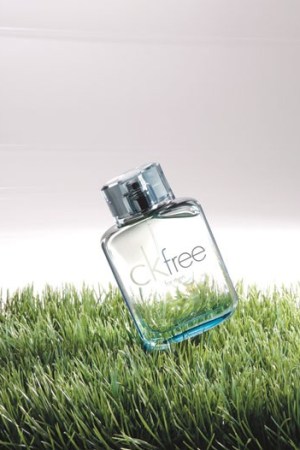 Calvin Klein is looking for CK Free, its newest men’s scent, to add weight — and volume — to its global fragrance franchise this fall.

“The Calvin Klein house is our largest and most global brand in the company,” said Catherine Walsh, senior vice president of American Fragrances for Coty Prestige. “And within it, the CK franchise speaks to a casual, relaxed attitude. CK Free has been created to offer men an everyday escape away from the daily grind regardless of their age, ethnicity or social status. It’s very democratic.”

Added Tom Murry, president and chief executive officer of Calvin Klein Inc.: “Now, more then ever, innovation is critical to continue the momentum of the fragrance business and the new men’s fragrance is an exciting new offering for us, which further extends the global CK branded fragrance franchise.”

The scent will be launched globally in September.

While none of the executives would discuss projected sales or advertising spending, industry sources estimated that CK Free could do $100 million at retail globally — with $16 million of that expected to be done in the U.S. — in its first year on counter. Industry sources estimated that in the U.S., about $6 million will be spent on advertising and promotion in the first year.

Traditionally, CK fragrances have been even stronger in global markets than in the U.S. — but with CK Free, the company is also hoping for a home run in the U.S. “This scent is about casual, everyday living — and living life without boundaries,” said Charlotta Perlangeli, global vice president of marketing for Calvin Klein Fragrances at Coty Prestige. “We think that is a message that will resonate both in the U.S. and abroad.”

The bottle, a beveled rectangle, is edged in blue — intended to evoke the shades of the ocean and the sky, said Perlangeli.

In the U.S., the scent will be available in upwards of 2,500 department and specialty store doors.

Advertising — with photography and direction by Fabien Baron — features Jamie Dornan and was shot in Baker, Calif. Murry noted that Dornan will also appear in the fall advertising campaigns for Calvin Klein Jeans and Calvin Klein Underwear. He added, “Jamie captures the essence of the CK Free brand and we feel that all three brands will benefit from the synergies that come from featuring Jamie in each campaign.”

Print ads for CK Free, featuring Dornan behind the wheel of a vintage car (a second visual includes a hero shot of the bottle with a desert sunset behind it) will begin breaking in September men’s and lifestyle publications. A TV campaign has been filmed and will be used internationally; it is likely that it will run in the U.S. for the holiday season. The film will also be used at counter.

More than 30 million scented impressions in the U.S. are planned, with a variety of methods including blow ins, scented advertising and vials on cards. As well, a dedicated Web site, calvinklein

“I have worked with Calvin Klein on prior campaigns and I’m honored to now be associated with their latest men’s fragrance, CK Free,” said Dornan. “Shooting the campaign in the middle of the California desert was amazing and really captured the feeling of freedom and liberation, which is at the core of this fragrance.”