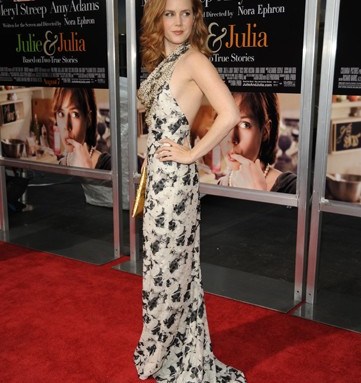 Today’s leading ladies can command anywhere between $3 million and $10 million to link their megawatt name and pricy cheekbones to a beauty firm. And the more they do — print, TV, billboard and video — to tout the beauty firm they are beholden to, the more they bank. For instance, companies are increasingly demanding a certain number of positive brand tweets on Twitter in the celebrity’s contract (ever wonder why Kim Kardashian tweets so much?)

“Five years ago, none of these people on the list would do [beauty endorsements],” said Neil Kraft, president of KraftWorks. “Now, they all have their price.” He added that the strategy works when “there’s great synergy, and people buy into the lifestyle and want to be a part of it.”

Neil Kraft: “It comes down to her likability. And she’s certainly likable,” said Kraft. But, he cautioned, a silver screen beauty does not always mean she’ll photograph well in advertising. “She’s not a big enough name to anchor a brand,” he said, but adding she could act as the face of a line.

Charles DeCaro: “That’s a tough one. Burt’s Bees, maybe?” — on who Adams would be a likely face for.

C.D.: “Most definitely a hair product. Garnier Fructis is a future endorsement waiting to happen. Better yet, she should contemplate a global chain of eponymous hair salons. In our travels we’ve witnessed women from Atlanta to Athens with a cut that references one iteration or another of a Jennifer do. Unfortunately, unlike Jennifer, some women have selected not to move beyond the ‘Friends’ genre. It gives one pause.”

N.K: “People love her, and on top of that she carries the [SmartWater] bottle with her everywhere,” said Kraft, who works with Aniston on the SmartWater campaign; Aniston is also rumored to have shot an ad campaign for a fragrance last year. “Jen lives a healthy life. It works when the brand has a personal and direct connection to a celebrity’s life.”

D.W.: “A tricky personality because of the Brad/Angelina continuing saga in which she is dramatized as the suffering, vengeful victim.”

C.D.: “Quite honestly, I’m confused as to who Rachel Bilson is. She completes the troika of the equally mysterious Camilla Belle and Leighton Meester. I recall each of their names and see them pictured before numerous step and repeats, but for some reason in the end they all meld as a blur.”

D.W.: Good for specially targeted market at this point…not mainstreaming in public awareness yet.

N.K.: “The way to tell if someone is bankable is the number of magazine covers they have. And Sandra’s had a lot lately.”

C.D.: “I can’t get past Betty White’s comment about Sandra Bullock at the recent SAG Awards — something like, ‘How did someone so plain get this far?’ She is extremely likable with that certain girl-next-door quality that clearly resonates with women. If her success at the box office is an indication of her mass appeal, ‘Maybe It’s Maybelline.’

D.W.: “Emerging as a powerhouse movie exec and therefore very solid as a career women’s role model. [Good for] the entire range of skin care.”

C.D.: “By virtue of who Angelina Jolie is and what she represents, any product affiliation with monetary gains is tricky, appearing somewhat disingenuous and trivial — unless of course the eight-figure fee she would command was ultimately appropriated toward a respective charity. I can see it now. ‘Tres Jolie — Parfum Lanvin. Making the world all the more Jolie.’”

N.K.: “She’s a beautiful woman who has a lot of depth and experience. The main question is whether there’s an emotional connection.” Some brands have learned the perils of not asking that question the hard way, said Kraft, referring to the failed union of Jolie and the classic fashion label St. John as a cautionary tale.

C.D.: “She’s today’s Hitchcock blonde. Revlon should snag her, paint her lips red, give her the modern incarnation of a French twist and resurrect ‘Cherries in the Snow.’ A percentage of sales should appease all parties.”

N.K.: “She’s not at the [fame] level of the other women on the list. She is gorgeous. But, you also have to have depth to you to really resonate [with consumers],” he said, adding that will come with more experience and high-profile roles.

D.W.: “Locked in to her Betty Draper image, so might be especially good for a retro-type campaign. Cosmetics more likely than fragrance.”

N.K.: “Taylor started to transcend country music after the Kanye [West] thing,” said Kraft, referring to the hip-hop star storming onstage at the MTV Video Music Awards just as Swift accepted the Best Female Video award. “A beauty deal for her would have to be for a youthful, mass brand, because she’s a country star who appeals to the masses.”

C.D.: “If Faith Hill and Tim McGraw gave birth to a fragrance, it would be called Taylor Swift by Coty.”

D.W.: “Locked in to her Betty Draper image, so might be especially good for a retro-type campaign. Cosmetics more likely than fragrance.”