The brand hosted a series of events to launch its new fragrance. 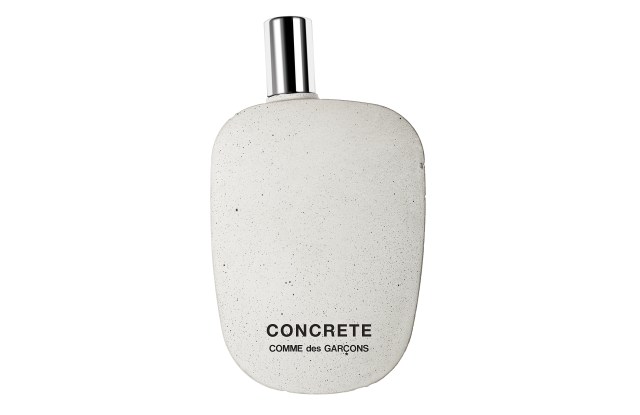 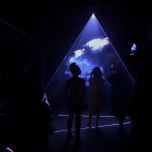 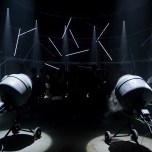 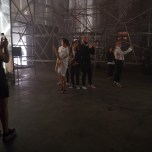 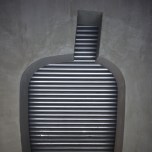 One might deduce that the series of events — coupled with a bottle fashioned from hand-finished concrete and glass — suggests that Comme des Garçons’ latest fragrance wreaks of the New York streets synonymous with the word “concrete” but no.

As abstract as the concept sounds, the eau de parfum is far less literal than some of the brand’s other scents — take Blackpepper, for instance, which quite literally smells like black pepper. In fact, Concrete doesn’t smell like concrete at all, which is exactly what Christian Astuguevieille, creative director of Comme des Garçons Perfumes, had in mind when he conceptualized the project for the brand, which is nearing a portfolio of 80 fragrances.

“What I really want people to understand is that we reached this contrast between the touch of concrete and an olfactive luxury that is never associated naturally. For me, it’s a very important idea,” Astuguevieille told WWD during an interview at The Beekman hotel here, noting that sandalwood is the driving note of the fragrance.

“The point is to astonish with a very hard bottle with concrete and inside with a softer scent,” he continued.

Nicolas Beaulieu, the perfumer who created Concrete, chimed in. He said the “very brief” brief presented to him by Astuguevieille depicted that the brand wished to work with sandalwood in a “disrupted way.” From here, he took a deconstructed approach in order to construct something new.

“I had to rethink what I knew about sandalwood, and I took its main olfactive attributes in order to twist them into something different,” Beaulieu explained of process, which morphed into the three foundational elements of Concrete: destruction, construction and creation.

And it’s these pillars — destruction, construction and creation — that became the parameters for an interactive, sensorial experience held at Greenpoint Terminal Warehouse in Brooklyn Thursday evening — the most elaborate of the Concrete-related happenings.

Following a private tour of the Rei Kawakubo/Comme des Garçons: Art of the In-Between exhibit at the Metropolitan Museum of Art and a visit to 53W53, the MoMA Expansion Tower that’s still under construction, a group of 25 — transported via water taxi — arrived at the industrial space right before sundown. Guests were welcomed by a facade constructed from a thick slab of concrete that had a life-size, perfume bottle-shaped hole that served as the entryway to the warehouse.

At the entrance of the experience, conceptualized visually and sound-wise by an artist and composer who goes by Calx Vive, was the first “stage”: a video of cement exploding and breaking into fragments to coincide with the deconstruction of sandalwood in the perfume. Massive scaffolding served as the central decor element throughout the warehouse, where each structure was affixed with blinking fluorescent light bars to represent the “construction” phase of Concrete. Next, a projector emitted prism-shaped and dreamlike cloud light formations that were manipulated and changed over time, set to a “sonic composition.” This gave way to the third “stage,” a circle comprised of 10 spinning, cement mixers surrounding guests. Inside each mixer was dry ice to produce a chilly fog, as well as a “dazzling haze” of fragrance oil to introduce the scent, suggesting “creation.”

Vive said the experience, comprised of a series of “precise stages,” refers to an evolution that was illustrated aurally, or as pertaining to what is heard, throughout the launch’s space.

“Each segment is constructed with the notion of a complete spectral soundscape, which connects to the other segments through specific musical strains. The notions of deconstruction, construction and various machinations are represented through sonic constructs related to concrete,” Vive explained.

“It’s the first time we’ve celebrated a launch in this way….It seemed like a fitting location because concrete is an essential part of the city’s built environment. It’s constructed with the very raw materials the scent is inspired by,” said Adrian Joffe, president of Comme des Garçons International and Dover Street Market International.

Even though the fragrance won’t hit counters globally until September, Dover Street Market in New York launched an exclusive limited release in tandem with Hudson’s installation. According to the brand, Hudson’s project is a “love story told through two concrete figures” who go by Venus and Mars. The artist fused steel and rubble, but humanized it by telling a “love story” with these materials. On July 20, the retailer’s London location, as well as Selfridges, will launch Concrete ahead of the rollout.