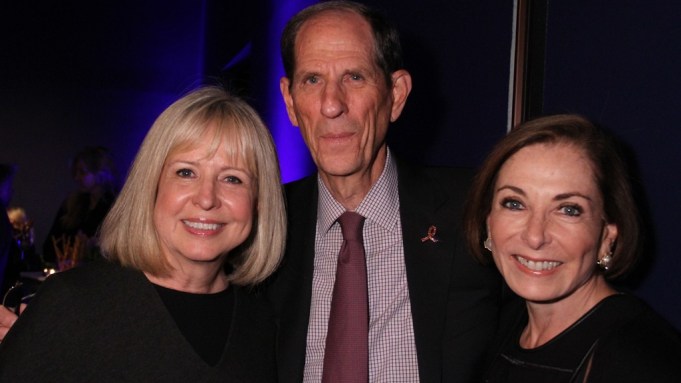 The department-store fragrance business has been wandering in the wilderness for much of the last decade, and there’s no easy way out.

That was the impression left by a panel of fragrance experts who spent the better part of Wednesday evening trying to find an exit from the maze, as the first installment of the Fragrance Foundation’s Executive Roundtable Discussion.

The title of the panel session — which included Michael Gould, former chief executive officer and chairman of Bloomingdale’s; Robin Burns-McNeill, chairman and cofounder of Batallure Beauty, and Frederic Jacques, vice president of fine fragrance, Takasago — was “The Fall and Rise of the Fragrance Industry.” But more attention and energy seemed to be devoted to the fall rather than the rise.

• A reduction in selling space for fragrances in department stores over the last decade.

• Too much sameness in product development.

• Huge confusion between mass, prestige and everything in the middle.

• A lack of passion on the part of some manufacturers.

The hour-and-a-half talk was framed by a beginning statement from Elizabeth Musmanno, president of the Fragrance Foundation, who cited figures from The NPD Group that in 2004, the volume of the prestige fragrance industry in the U.S. was $2.9 billion. A decade later in 2014, it is still $2.9 billion.

“Why does each of you think our business has not grown in the last 10 years?” she asked the trio onstage at Florence Gould Hall in Manhattan.

“One of the great problems is fragrance is looked at as an item or commodity and not as a brand,” said Gould, who made the point that over the last decade, retailers had reduced space in department stores for fragrance. “My own history of Bloomingdale’s in the last six years, when they redid the main floor, the space was dramatically reduced.” He estimated that the square footage shrank by “at least 50 percent.”

“There’s a big distinction to be made between mass and prestige and everything in the middle,” said Jacques. “The stretch between the selling price and the cost of goods of the fragrance itself, the product, has gone too far, especially when we’re not talking about upper prestige or we’re not taking about mass. There are a lot of products straight in the middle. There’s a huge confusion between prestige, mass and everything in the middle because there’s everything at every price and every quality so it’s very confusing. There’s a lot of noise.”

Burns-McNeill said women today see no difference between different categories of fragrance. “If you ask them what a scented bath product or a mist is versus eau de parfum versus a parfum versus a solid perfume, it’s all fragrance to them. The question is, ‘Is the customer less engaged in fragrance or not wearing it?’ I don’t think that’s the case. There is a lot of sameness, there’s not good distinction and creation of real demand — of ‘I’ve got to have it’ — and that may be lack of innovation or opportunity for it. You have to have the imagination to do it.”

Gould, who recently visited the newest Sephora on Lexington Avenue and 60th Street in New York, addressed the placement of the fragrances in store. “I walked into Sephora down the block on 60th and Lexington. I sure as heck know that when the far right-hand corner of the store, which is where the elephants go to pass away, that’s the men’s fragrance. Also, the women’s is on the back wall with fixtures in the front. So if that’s the store of the future, certainly from Sephora’s point of view tells us what they think of this area.”

Although NPD reports that fragrance sales are up for the first half through August, Musmanno quoted government statistics that overall department store and general merchandise sales fell in both July and August. Considering the fact that retailers have reduced space for fragrance, she asked the panel, “Can you have a successful launch in a department store today?”

Gould answered, “If the department store is down, that’s a broad statement. If you look at Estée Lauder’s annual report, they were up. There’s a disconnect. The challenge is not about launching, the challenge is what are we doing on a long-term basis. Tory Burch had a great launch at Bloomingdale’s. What are we doing afterwards? There is not a lack of traffic in the stores. There’s not a lack of traffic in the malls. There’s a lack of what I would call conversion. You go to a department store today with all the traffic through it and the conversion rate on a non-sale day is 35 percent. They’re not walking in to get out of the rain. They’re looking for something and they didn’t find it.”

Gould made the point more than once that manufacturers need to hold money in reserve for a long-term launch plan rather than blow the budget on the first round. Otherwise, it would be difficult to encourage consumers to come back and repurchase. “It’s all about whether you’ll come back and buy it a second time,” he said.

Referring to gloom about the economy, Jacques said, “We need to stop using it as an excuse. We need to give the consumer a reason to buy it the second time. We’re very obsessed with making sure we succeed at that first sale.”

Burns-McNeill interjected, “the concept is still the same. If you have a fragrance, you have to still create awareness of it and the way you do that is based on what the customer is doing. You have to adapt to the change and the media. It’s a combination of distribution and what you’re creating outside of the distribution. I think stores would benefit by optimizing their fragrances. I don’t think they decipher the brands they want to optimize or the brands they don’t want to carry anymore.”

“It’s about what creates excitement in the store,” Gould added. “The whole thing with online is, it’s 6 percent of the retail business today. Brick-and-mortar is not going away. People want a connection.”

According to Gould, 70 percent of the reason consumers buy a fragrance is the juice and the rest is the bottle and the box. He reiterated the need for a long-term plan. “There’s far too many times we launch a fragrance and the following year there’s a 20 percent to 40 percent drop,” he said. At one point, Gould attempted to minimize the doom and gloom, saying that fragrance is a good business that he wants to take to the next level.

Jacques pointed out, “The driver of fragrance is memorability.” About the emerging artisanal brands, he observed, “Niche parfum exist only because perfumers agree to do it practically for free. And the reason niche exist is because the brands that were owning their positioning and making you feel special are not doing their job. The experience starts at advertising and then the point of sale.”

During the question-and-answer period, Boris Zivkovic, president of bottle maker Pochet of America, asserted, “I work in glass packaging so its only 20 percent of the entire sale, but I think every percent matters and to Chanel every single percent matters. Every percent matters and the passion from the creators and the visionaries counts. Karl Lagerfeld, Coco Chanel, that’s what matters. We don’t feel that passion anymore as much as we did a few years ago. I don’t think it’s about the logistics, the channels or the distribution, it’s really about how the top person is going to transfer that to his teams.”

Gould replied, “I’m not saying the bottle is not important, but at the end of the day the product is king or queen. The product is the juice and not everyone wants what everyone else has. The niche brands have an opportunity to fill a void. As difficult as Chanel is, they stand for something.”