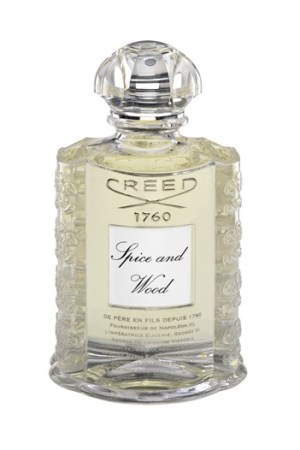 Parisian fragrance house Creed, which began its 250th anniversary celebrations with the opening of a U.S. boutique in Manhattan last December, will launch Aventus, its first men’s fragrance in six years, in the U.S. next month.

Then, in November, Creed will add a second scent, Spice and Wood, to its limited edition collection of fragrances called Les Royales Exclusives, which made its debut last December with Sublime Vanille. The scents are meant to be worn by men and women, and could be described as unisex, but the house prefers to call them “universal.”

“Step by step, we’ll have new perfumes,” Erwin Creed, 29, said of Les Royales Exclusives, adding there could eventually be as many as seven scents in the range. He will make personal appearances at Neiman Marcus to promote the launch of Spice and Wood.

Olivier Creed, who is Erwin’s father, has been master perfumer at Creed since 1975. Aventus was inspired by the life of Napoleon Bonaparte, Erwin Creed noted.

The firm calls Aventus a millésime, which executives said is equivalent to an eau de parfum. It opens with notes of blackcurrant from Corsica (the French emperor’s birthplace), Italian bergamot, French calville blanc apples and pineapples — said to be Napoleon’s favorite dessert. Aventus’ heart has notes of rose, Louisiana birch, Egyptian jasmine and patchouli. At its base are notes of oak moss from Spain, ambergris and vanilla.

Aventus, Creed’s first men’s scent since Original Vetiver in 2004, will be launched at its U.S. boutique, on Madison Avenue at 67th Street; at Bergdorf Goodman; chainwide at Neiman’s, and at Saks Fifth Avenue’s New York flagship.

The romance of Cleopatra and Mark Antony inspired Spice and Wood. The woody oriental mixes top notes of Italian bergamot, Egyptian lemon and Court Pendu Plat apple with a heart of Angelic root, rose, clove, desert peppers, patchouli and Italian birch. It dries down into Egyptian iris and cedar, oak moss and musk.

It will be launched at the Creed boutique, Bergdorf’s and five Neiman’s stores. Spice and Wood will come in an 8.4-oz. bottle priced at $550 with between 400 and 500 of the flacons to be produced.

Creed, which was founded in London by James Henry Creed and passed down from father to son since, has had such clients as King George III, Queen Victoria, Princess Grace and Winston Churchill. At the request of Empress Eugenie of France, Creed was moved to Paris in 1854.