Diptyque Smells Opportunity in China and the U.S.

The fragrance-maker is investing heavily in China and the U.S., the latter which now figures as its largest market.

SHANGHAI — Parisian luxury fragrance-maker Diptyque has its eyes on the world’s two largest economies as it steadily expands. The brand, which has 45 stores across 41 countries, is opening more boutiques this year — in Hangzhou, Brooklyn, Tokyo, London and Aix-en-Provence.

The exhibition, which is open to the public and has people move through various rooms filled with Diptyque scents and play interactive digital games, is aimed at catering to the local market’s hunger to learn more about aspirational lifestyle products.

“Customers in China like to discover, they want to also be educated to a new approach, they are very curious to learn and discover what we have to propose,” Badault explained. “The weight of new diffusion systems such as the hourglass diffuser is really much higher here than in other countries.”

In line with what many of the broader market studies show, floral scents are top of the list for the personal fragrance category, Diptyque said, with rose a heavy favorite.

The move to enter China, which the brand did in 2014, was a no brainer. It became evident there was a huge demand in the market because it showed up so clearly in Hong Kong. When Diptyque opened just a very small shop in Hong Kong’s IFC mall, it became the brand’s most productive store by turnover in the world.

“It was a signal that it was time for the brand to envision the development in China,” Badault said.

On the Mainland, they opened first in Shanghai and then Beijing, followed by Chengdu and Nanjing, with the Chinese stores already competing for the top ranking position. 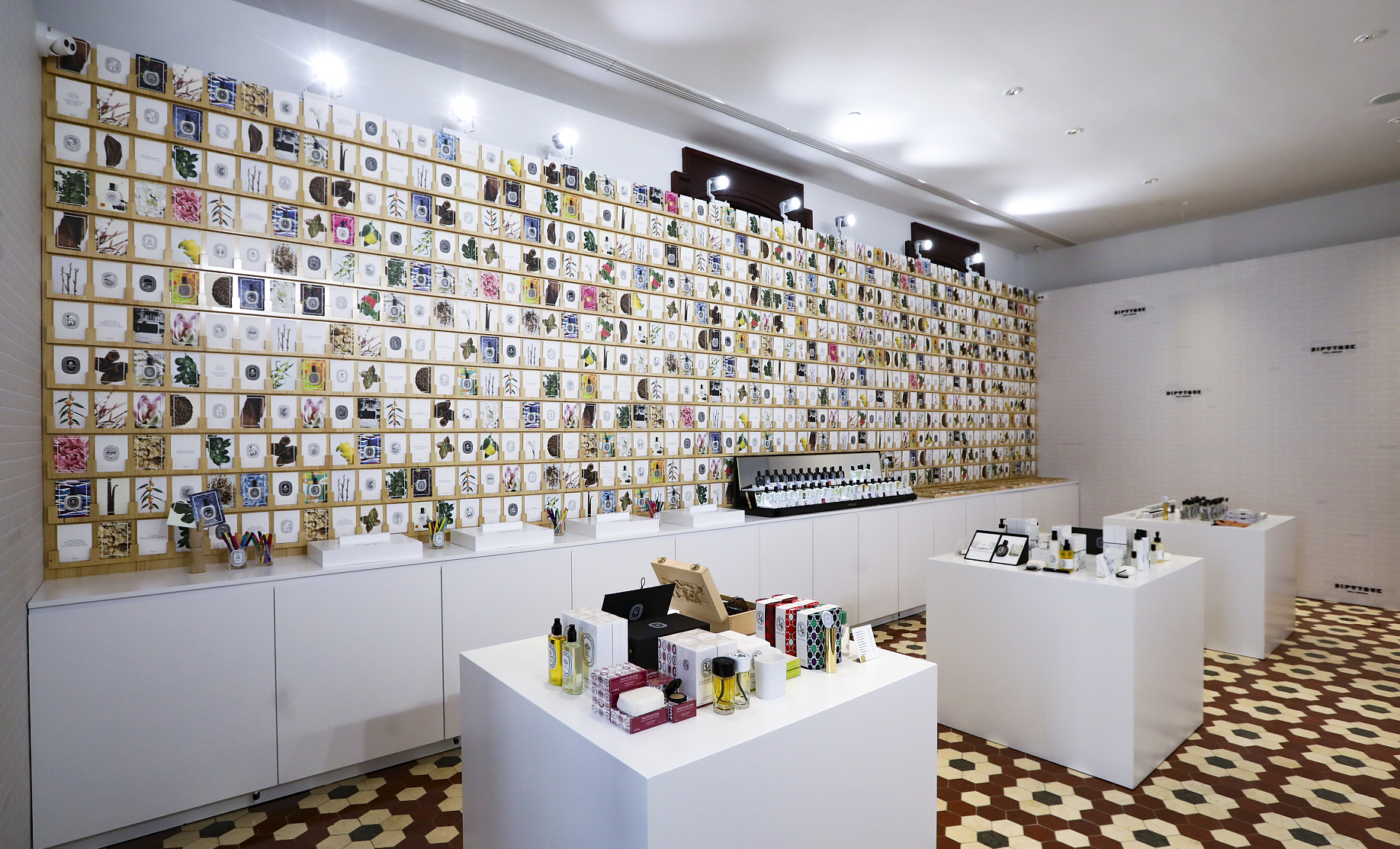 The Diptyque shop upon exiting the Shanghai exhibition.  Courtesy

There’s no online presence yet in the country, and it will be likely next year before the company decides exactly how to do that, but Diptyque chief executive officer Fabienne Mauny commented via phone that “there’s so much to learn about digital in China, compared to the platforms we use elsewhere in the world.”

Other than China, Diptyque’s main efforts will be focused on the American market. There, the challenge is to develop the personal fragrance business, after huge success with its candles, especially scents like Baies and Philosykos, via department stores and other wholesale partners.

While declining to divulge the top line, Mauny assured that the brand is growing at a very fast pace. “Plus 20 to 25 percent year after year. This has been the case for the last 10 years,” she said.

“The growth has come from mainly opening stores,” she said. “We have been quite active in terms of retail, opening around 10 stores a year worldwide, but we have not opened the distribution in a very important way. We prefer to be in a more selectively distribution but with very visible and very productive stores.”

She added “we have a wholesale part, which is still significant, even though the directly controlled part has growing.”

Ultimately, she sees Diptyque’s mission as a brand is to provide “something beautiful” and to “take you elsewhere if you need a little bit of break in your crazy day,” she said. “We want to be something beautiful to smell and to see.”

Urban lifestyles and the accompanying aggressors could fuel demand for products, particularly in large Chinese cities where air pollution is regularly over the World Health Organization’s health guidelines.

“It’s not Provence for sure,” Mauny said about the environment in China, “but people living in Paris or New York, are not living in Provence either. For all of them, we just want to give a little bit of wellness and a little bit of break in your everyday life. A little moment for you.”