Industry sources estimate The One Desire could generate as much as $150 million in global sales in its first year at retail. 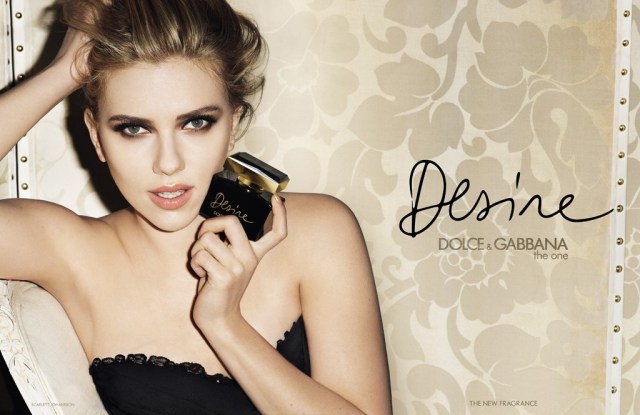 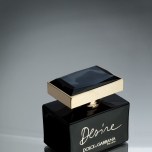 “Desire is a new blockbuster fragrance. This [scent] will be one of the top initiatives of the year in the industry,” said P&G Prestige vice president Luigi Feola.

Feola declined to provide an estimate, but industry sources suggested the scent could bring in $150 million in retail sales within a year, edging the Dolce & Gabbana beauty license close to the billion-dollar mark.

P&G determined that fans of the Dolce & Gabbana brand were looking for a fragrance that made them feel desirable and exquisite — a scent they might wear for a special, memorable night out, as opposed to an everyday occasion.

“This is for the woman who wants to feel unique, beautiful and sensual,” said Feola. “She owns the room when she enters. She’s not just noticed, she attracts the attention of everybody and is sexy but not vulgar.”

Feola hinted that the marketing effort will be massive. “Desire will be supported with a significant dedicated print campaign and an industry-leading in-store visibility plan to drive awareness, and it will also benefit from a major TV campaign on the entire The One female franchise.”

He declined to provide any numbers. But industry sources estimate that P&G could spend at least $30 million on advertising and promotion globally in the first year.

To be consistent with Dolce & Gabbana’s original The One fragrance, The One Desire starts off with top notes of bergamot, mandarin, lychee and lily of the valley, before the heart and base ingredients — including tuberose, caramel-infused vanilla, sandalwood and musk — take over, giving it an all-enveloping quality. Designers Stefano Gabbana and Domenico Dolce devised the scent in close collaboration with P&G’s fragrance design team and Givaudan.

The packaging is evocative of the fashion brand’s references to Sicilian Baroque: the shiny black box features the word “Desire” scrawled in gold in Gabbana’s personal handwriting, while the rectangular glass bottle, also black and gold, is capped with a dark sapphire.

“When we work on fragrances and makeup, we always try to stay true to our DNA. Black and gold are classic colors for Dolce & Gabbana, and the black gem cap is a bit Thirties in style,” explained Gabbana.

Gabbana and design partner Dolce tapped photographer Terry Richardson for the exclusively print campaign, which shows Johansson clutching the fragrance and leaning against lustrous floral wallpaper in a sexy black dress. The images have an intimate feel, as though they had been snapped by a lover in her private bedroom.

The fragrance will share the broad distribution of the brand’s other scents, eventually reaching about 18,000 doors worldwide. Italy, home to the Dolce & Gabbana brand, will be the first country to see the edp in stores in January, and by spring it will have reached the U.K., U.S., Spain, Portugal, France, Russia, Germany, the Middle East, Asia and Latin America, as well as travel retail. The advertising campaign will roll out with the launch.