The designer worked with architect Zaha Hadid to create the bottle for the scent, which looks like a free-form sculpture.

By Julie Naughton and Pete Born on July 5, 2012
View Slideshow 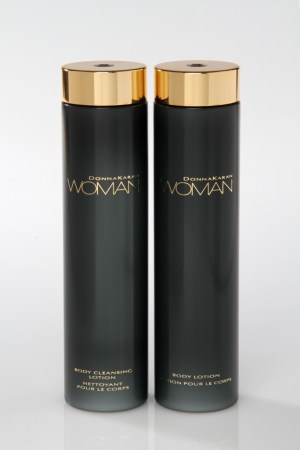 Donna Karan is heading back into the fragrance arena with Woman, slated for an August launch.

“This project represents Donna’s supportive messages to women,” said Veronique Gabai-Pinsky, global brand president of Aramis and Designer Fragrances, BeautyBank and Idea Bank at the Estée Lauder Cos. Inc., Karan’s fragrance licensee. “She has always tried to enhance every woman’s best features. She makes you feel beautiful, no matter what.”

Karan worked with architect Zaha Hadid to create the bottle for Woman, which looks like a free-form sculpture. Its curving shape is designed to harmonize with Karan’s 1994 best-selling Cashmere Mist bottle. The earlier flacon was created by Karan’s late husband, Stephan Weiss, a sculptor who created the bottles for the Karan fragrance franchise. While attesting to the originality of Hadid’s bottle design for Woman, Karan characterized her work as “the next step” in design evolution. “This is Zaha’s bottle,” the designer said, while underscoring the bedrock contribution Weiss had made in establishing the brand.

For Karan, part of the power of women springs from their collaboration with men. “There is a man in every woman,” she said in a phone interview with WWD, attributing a large part of the success of her fragrance business to Weiss. “He made all the bottles; he did everything,” she said of Weiss. “I did help a little bit.” She then detailed her successful fragrances of the past and talked about how Weiss had designed the bottles and also worked on the concepts behind the packaging. “Woman — a woman and a man all coming together for me — that is the power of a woman,” Karan said.

She also noted that the fragrance is as complex as the women who will wear it.

Karan and perfumer Anne Flipo worked with Trudi Loren, vice president of corporate fragrance development worldwide for the Estée Lauder Cos. Inc., and International Flavors & Fragrances to create the juice. Built around a core of sandalwood and Haitian vetiver, the mix also includes orange flower.

At launch, Woman will be carried in about 240 doors in the U.S., including Bloomingdale’s, Lord & Taylor, Neiman Marcus, Nordstrom and Saks Fifth Avenue. It will enter the U.K. at Harrods later this fall.

The ad campaign, shot by Inez van Lamsweerde and Vinoodh Matadin, is intended to “celebrate the accomplished yet sensual side of multifaceted women,” said Carol Russo, senior vice president and general manager, North America, for Aramis and Designer Fragrances and BeautyBank. It features Christy Turlington Burns, Karolina Kurkvova and Liya Kebede and will begin running in September fashion, beauty and lifestyle magazines.

As well, the brand plans more than 15 million scented impressions, said Russo. While executives declined to comment on projected sales, industry sources estimated that Donna Karan Woman would do about $20 million at retail globally in its first year on counter. Industry sources also estimated that about $10 million would be spent on advertising and promotion.

Karan also is thinking about a fragrance project of her own to aid a cause that she has become passionate about: saving Haiti. Her idea is to create a fragrance based on vetiver, which can be found on the island. Then her fellow fashion designers could be enlisted to design the packaging.