Dror Benshetrit has teamed with Brooklyn-based beauty brand and design collaborative Joya Studio to design Oblique, a porcelain candle with an unusual look. 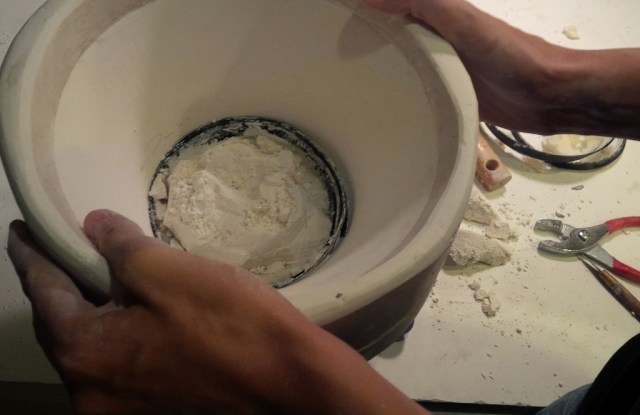 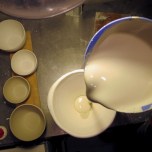 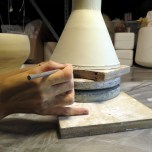 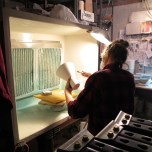 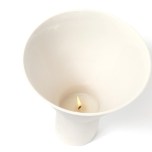 Known for his sweeping architecture and design projects around the world as well as various smaller-scale initiatives like a partnership with Target in 2009 and a recent Tumi collaboration, Dror Benshetrit has teamed with Brooklyn-based beauty brand and design collaborative Joya Studio to design Oblique, a porcelain candle with an unusual look.

“I always have projects in different scales,” said Benshetrit, designer and founder of Studio Dror. “Everything we do has to do with experience. It’s about how much a candle can affect your environment. You can talk about things that are very small versus very big with the same sense of excitement.”

The $330 special-edition candle is scented in “liquid amber” and is housed in a 8-by-6.75-inch, hand-cast porcelain conic-shaped container. The candle was designed to appear as if it is leaning while standing up. “The porcelain is weighed in a way that it’s heavier on the bottom but it doesn’t look safe, which is an interesting element of the design,” said Frederick Bouchardy, founder of Joya Studio, adding that collaborative work and contract manufacturing account for approximately 50 percent of his business.

For Benshetrit, who is currently working on a number of commissioned projects in Turkey, the partnership allowed him to play with the traditional idea of a candle.

“The presence of a candle is always up straight, which obviously relates to the gravity of how fire and wax work together but in this case we wanted to give [Oblique] a sense of directionality so you can spin it and orient it a certain way,” he said. “It’s really a play on a light source just like we are doing with a lamp or a spotlight or a flashlight.”

In order to bring Benshetrit’s vision to life, Bouchardy’s “secret weapon” ceramic artist, Sarah Cihat, created three-dimensional prints from a rendering, which were then turned into a plaster mold. “We used modern technology and then old fashioned techniques,” said Bouchardy. “This is about learning, testing our expertise and manufacturing skills and ingenuity, and producing something really beautiful and questioning the art form and the nature of the product.”

The corresponding scent, which Bourchardy describes as “leathery, sweet and earthy” and includes notes of amber, tangerine and sesame, is meant to offset the dramatic look of the vessel.

“People spend a lot on candles and 95 percent of the reason is the smell, but you look at that and where is the container in that equation?” said Benshetrit. “We took very simple geometry and in a way are giving a visional voice to a candle.”

The item, which will be launched at House of Waris Rare in the Explorer’s Library at the Gritti Palace hotel in Venice this week, will then roll out to about 20 specialty outlets in the U.S., Japan and Europe. Industry sources estimate Oblique could generate upwards of $500,000 in its first year at retail.