With its first major pillar scent launch in nearly two decades, the company is hoping to continue its ongoing quest to help regain its former glory. 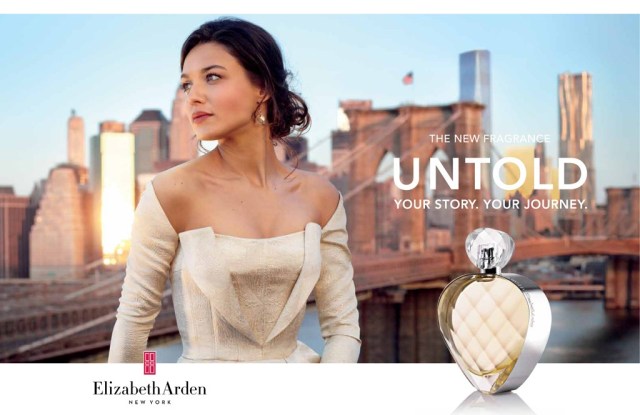 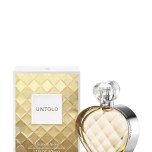 While Arden certainly has a portfolio of blockbuster licenses, its namesake brand has been undergoing a freshening-up campaign that E. Scott Beattie, president, chief executive officer and chairman of Elizabeth Arden, first spoke to WWD about in May 2012. Phase one included establishing roughly 50 flagships globally to maximize business, updating case lines and completely revamping existing packaging, as well as trimming stockkeeping units from 488 to 355, focusing on key pillars. At the time, the brand’s retail sales were estimated to be about $850 million globally. The Arden brand has reportedly enjoyed a 22 percent lift in the repositioned doors in North America year over year.

As a result of the repositioning, Arden has also taken an “equity stake” in the Elizabeth Arden spas, which are licensed to Northcastle Partners, said Beattie, and Arden is developing a spa line that is integrated across both retail and spa doors.

Now, Beattie is determined to take the next step: developing a new fragrance pillar that can stand with the brand’s venerable Red Door and Fifth Avenue franchises.

“We believe Untold is that pillar,” said Beattie. “This is a modern interpretation of a woman, which will bring younger consumers to the franchise. We believe this will be a gateway for those consumers to show the brand is relevant to them. And we believe the concept — which is downtown New York cool — is universal enough that it will play well globally.” Untold is shipping now and is expected to hit counters as early as mid-July. It is being pre-sold online, as well. By September, the scent is expected to be completely rolled out in all global doors.

While Beattie and other Arden executives declined comment on projected sales, industry sources estimate that Untold could do as much as $50 million at retail globally in its first year on counter.

Kathy Widmer, executive vice president and chief marketing officer, noted that fragrance currently make up about 50 percent of Arden’s overall business, making it a key focus for the company. “This is the first major pillar we’ve launched since Red Door in 1989,” she said. “We want this to be a celebration of modern expression.”

The juice, concocted by Clement Gavarry of International Flavors & Fragrances, is build around five facets, each intended to celebrate a different aspect of a woman’s femininity. The Vibrant facet is represented by sparkling pink pepper and crisp bergamot; Unpredictable by pear and Blackcurrant Bud LMR; Refined by delicate gardenia petals and Egyptian Jasmine LMR; Mysterious by nuances of Patchouli Heart LMR and sandalwood, and Sensual with heated ambers and hypnotic musk. “It’s very sophisticated, but it has freshness and sparkle,” said Gavarry.

The bottle’s multiple facets are intentional, said Widmer: “We wanted to represent all of the facets of women,” she said.

In the U.S., Untold will be sold in about 2,500 department and specialty store doors, Widmer noted.

Print ads begin running in the U.S. in September books, while U.S. TV commercials will break in mid-September. Pete Konczal served as director of photography, while Ludwig Ciupka directed the campaign. Arden is also developing a major online initiative to showcase the new fragrance.