Estée Lauder to Launch Most Multitiered Scent in a Decade

The brand aims to reclaim its fragrance heritage this fall with the introduction of Modern Muse.

By Julie Naughton and Pete Born on May 3, 2013
View Slideshow 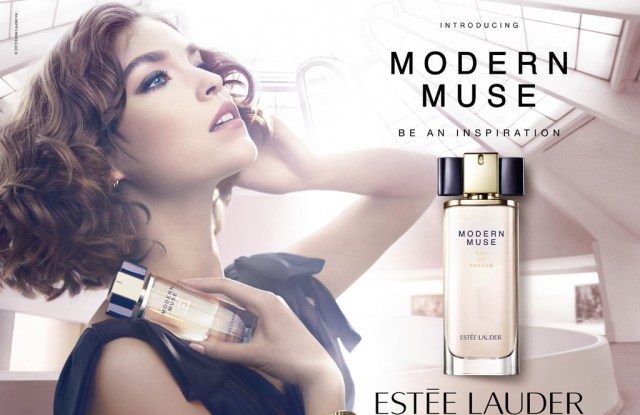 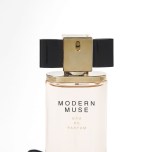 The Estée Lauder brand aims to reclaim its fragrance heritage this fall with the introduction of Modern Muse, its most comprehensive women’s scent statement since the 2003 launch of Beyond Paradise.

The company that empowered women to buy their own fragrance in 1953 with the launch of Youth Dew now plans to build upon that legacy. Due out in September, Modern Muse is positioned to cast women as stars in their own lives, noted Jane Hertzmark Hudis, global president of the Estée Lauder brand at the Estée Lauder Cos. Inc.

“This is the most important fragrance moment we’ve had in a decade,” said Hudis, who noted that the muse concept played well with Lauder’s rich heritage in fragrance. “Modern Muse captures what it means today to be independent and confident in one’s own sense of self and style.” She added that by using the term Modern Muse “we mean the idea of confidence that inspires.”

In addition, it makes for a compelling story “not only to our existing consumer base but to new, younger consumers.”

Hudis noted that the launch also provides an opportunity to beef up the brand’s fragrance business. “We have strong makeup and skin-care businesses, and certainly a commitment to fragrance classics like Youth Dew, Beautiful and White Linen. This new piece will add newness, but we believe this concept will hold on for a very long time to come.”

“We want to reassert ourselves as a fragrance powerhouse,” added Charisse Ford, senior vice president of global marketing for the Estée Lauder brand. Hudis added, “As a global player, it’s important for Estée Lauder to play in all three categories.”

The importance of this launch is evident in the expectations that have been circulating throughout the market. As in the past, Lauder declined to break out sales projections or budgets, but industry sources estimate that the new scent is aiming for a target as high as $95 million at retail globally within its first year on counter. That’s $57 million in wholesale value. Sources in the market speculate that in order to hit that lofty target, Lauder might be investing $50 million in advertising and promotional support.

Karyn Khoury, senior vice president of corporate fragrance development worldwide for the Estée Lauder Cos., noted that the juice is “modern, and has the subtlety of contrasting forces…a modern muse is a study in contrasts. It’s about dynamic tension in a woman’s life.” Khoury added that the interplay of different forces — softness and strength — can propel women forward and serve as inspirations.

Khoury did the same thing with the sleek woods accord, which includes two different forms of patchouli, along with Madagascar vanilla, amber wood and soft musk.

The sparkling jasmine accord is intended to impart a feminine side, while the sleek woods accord represents strength, said Khoury.

The fragrance bottle features a soft pink-tinted juice and a spray-through cap with a built-in, structured navy bow. The outer packaging follows these color cues and features an artistic sketch of the bottle inside. The pink was chosen to represent the soft, feminine side of today’s woman, while navy blue signifies the trademark color of the Estée Lauder brand, noted Hudis. In addition to traditional sampling, the brand plans to install dramming units at countertop.

The global rollout will be in phases. In the U.S., the scent will make its debut in about 2,200 department and specialty stores in September. The U.K., Switzerland, South Africa, Australia, New Zealand and Latin America will get Modern Muse this fall, while Europe and the remainder of the world will get the fragrance beginning in January.

Both TV and print advertising are planned, both featuring the aptly named Arizona Muse. Stuart Dryburgh shot the TV campaign in New York City’s Solomon R. Guggenheim Museum; the print ad, shot by Craig McDean, was shot in the same museum (history buffs take note: The eight bows on Muse’s dress and the one on the bottle in the ad are intended to represent the nine original muses who inspired art and beauty in ancient Greek mythology). The print campaign will include multipage ads and gatefolds, and will begin running in September fashion, beauty and lifestyle magazines. Digital will also be a major piece of the campaign, noted Richard Ferretti, senior vice president and global creative director for Estée Lauder.