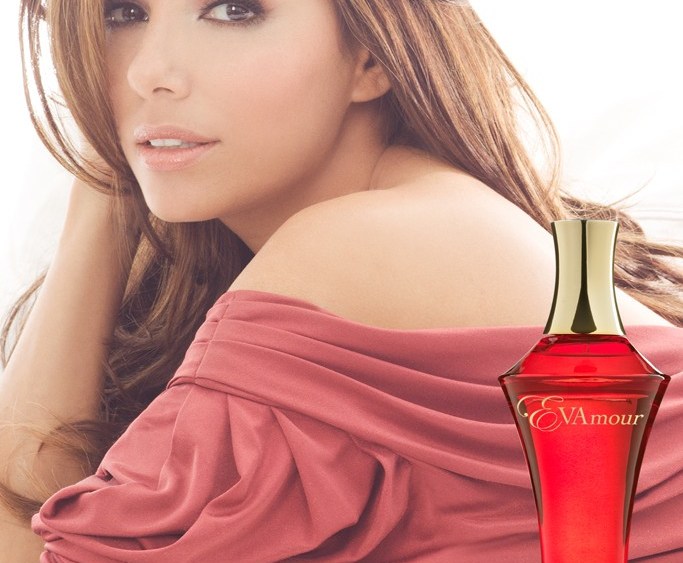 As Gabrielle Solis, the feisty former model turned scheming suburban wife who tempts the men of Fairview, Eva Longoria turned up the heat on ABC’s “Desperate Housewives.” Now, the actress is doing the same for her fragrance franchise.

“You have different fragrances for different moods,” said Longoria, speaking last week between scenes on the set of “Desperate Housewives.” “If you are feeling seductive and sophisticated, wanting to go out and make a bolder statement, you wear the second one. If you are working around other people in an office, the first one might be more appropriate.”

When she started in fragrance, Longoria, whose allergies had frequently been aroused by perfumes, explained it “was born out of necessity. I wanted to create a perfume I could wear, so it grew it out of some selfishness.” With Eva by Eva Longoria accomplishing that goal, she set her sights on developing a deeper fragrance to round out her scent offerings.

“I’m not used to something that is so layered, and the second one is pretty layered with some pink lady apple and red currant. The first fragrance is a little simpler,” said Longoria. “It is like when you start drinking wine. I started with white wine and have gone into the more complex, red wine. I am taking baby steps into the more complex notes.”

Longoria is not taking baby steps with her career, however. “Desperate Houswives” will end its eight-year run in May. As that phase of her career winds down, Longoria has been taking to the big screen in a larger way and will be seen soon in movies like “Long Time Gone,” co-starring Virginia Madsen and Sam Trammell, and “Cristiada” with Andy Garcia and Peter O’Toole. She also is a national co-chair for President Obama’s reelection and plans to go on the road campaigning for him.

Although she won’t be at a loss for things to do post-“Desperate Housewives,” Longoria doesn’t sound quite ready for the show to wrap. “I haven’t really put a lot of thought into it because we have two more months of shooting, but I do think I will be a total mess on the last day of shooting,” she said. “It has really given me all the opportunities that I have now. It has given me the global platform and global recognition to be able to do something like a perfume and movies and produce and my advocacy. I’m really grateful for the ride.”

In the manner of Mary J. Blige, Mariah Carey and Jennifer Lopez, Longoria is heading to HSN for EVAmour by Eva Longoria’s exclusive U.S. launch with five hours of programming on March 29, a day dedicated to beauty on the home shopping channel. The launch strategy represents a shift for the Falic Fashion Group, which kicked off Eva by Eva Longoria with a department store rollout.

“We have seen many successful celebrities go on home shopping and knowing how Eva is — her personality and friendliness — I just am very positive about how she is going to be with an audience, talking to the customers directly about herself and the fragrance,” said Jerome Falic, chief executive officer of Duty Free Americas, parent company of Hollywood, Fla.-based Falic Fashion Group, the fragrance licensee for Jennifer Aniston and Longoria.

Industry sources estimate EVAmour by Eva Longoria, which will retail for $45 for a 1.7 oz. eau de parfum, could generate upward of $15 million in first-year retail sales volume, similar to what Eva by Eva Longoria was estimated to have generated during its first year on counter. Outside the U.S., Falic is opting for traditional retail distribution, and the fragrance will ship to South America and the Middle East, among other regions, in 60 to 90 days. Social media marketing will support the domestic launch, while magazine ads will break abroad.

Betsy Olum, general manager of beauty and merchandising strategy at HSN, said EVAmour by Eva Longoria’s performance on the channel “can be up there with Mariah Carey and Jennifer Lopez.” She enthused, “When we saw it, we just fell in love with it. It really reflects who she is. It is very seductive, but there is also this playfulness to it that plays off her personality. The red colored bottle represents what she stands for in terms of women, power and amour. It all ties back to who she is, and I love when there is that deep connection between the fragrance and the person.”

And what will HSN viewers get to know about Longoria when she presents EVAmour by Eva Longoria? “I’m the exact opposite of Gabrielle,” she revealed. “They expect to see some man-eating, crazy person, but they will see the real me.”