John Varvatos is expanding into women's - fragrance, that is, with his first feminine scent. 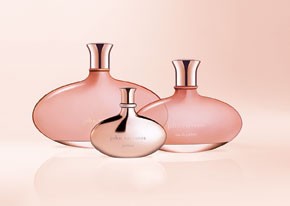 John Varvatos is expanding into women’s — fragrance, that is, with his first feminine scent. The designer’s signature women’s fragrance is set to be launched in February at Saks Fifth Avenue, and could generate more than $10 million in first-year retail sales, doubling Varvatos’ beauty business.

Varvatos, along with his licensee, Shiseido-owned JV Fragrances & Skincare, plans to launch a signature women’s scent at Saks Fifth Avenue in February as an exclusive until its May rollout.

Saks is slated to initially unveil a perfume extract of the floral chypre scent. Then, on March 1, the retailer is scheduled to introduce the full collection, which includes eaux de parfum in two sizes and ancillary products like body milk, cleansing oil and exfoliating grains.

Varvatos had launched a signature women’s fashion collection in 2004 but shut it down two years ago.

This time will be different, he insists. “We approached this as, ‘Let’s think out of the realm we’re used to, let’s think of something feminine and sexy,'” said Varvatos, who does women’s wear within a fashion line he designs for Converse, in an interview last week.

Store associates and customers began asking about a women’s scent when he launched his first men’s scent in 2004.

Varvatos added that his “feminine muse,” wife Joyce, a contemporary art dealer who was involved in the development and testing of the women’s scent, “started bugging me [saying], ‘You really need to start doing a women’s scent.'”

Following the Saks exclusive, Varvatos’ women’s scent will be rolled out to retailers like Bloomingdale’s, Nordstrom and Sephora. The U.S.-based subsidiary of Shiseido’s designer fragrances unit, Beauté Prestige International, expects to reach Varvatos’ full fragrance distribution of about 500 U.S. doors during the second half of next year.

Internationally, Varvatos’ scents are carried in 1,000 doors in 32 countries, which will get the women’s scent via distributor partnerships between May and September.

Varvatos said he envisions re-launching women’s wear within John Varvatos Collection and added he is working on a time frame to do so.

He’s also planning to open two John Varvatos boutiques in spring, followed by two more next fall, for a total of nine in the U.S. by the end of next year. One is in the site of the former CBGB rock club in downtown Manhattan.

“In the business model, [fragrance] is important to what we do,” said Varvatos. “We’re very involved with the business end. We treat the license as a joint venture.”

The launch of the women’s fragrance “will enhance the visibility of the brand enormously [and] will establish the brand even more solidly,” said Nicholas Ratut, president and chief operating officer of JV Fragrances & Skincare. “It will have a huge impact.”

The fragrance, which is described as a floral chypre — a term used to describe the combination of patchouli and oakmoss — features nuances of amber and fruit. In addition to aromatic grappa, the scent’s top notes include Georgian apricot, Damascus plum and golden mandarin. At the heart of the scent are accords of rubrum lily, Indian mango blossom, Egyptian jasmine and Turkish rose. The base of the scent includes oakmoss, patchouli, tonka beans and wild honey.

Givaudan senior perfumer Rodrigo Flores-Roux worked with Varvatos to compose the scent, as he has with the designer’s men’s fragrances.

“I had been wanting to do something special, old world, in creating a scent,” Varvatos said of doing the perfume with its 50 percent concentration. The amber-rose colored glass edp bottles (3.3-oz. and 1.6-oz. for $92 and $70, respectively) will come packaged in a washed velvet pouch with an attached charm.

Designed by Doug Lloyd and manufactured by Pochet, the bottles were inspired by “the finesse [and] delicateness of a grappa bottle,” said Varvatos, pointing to a connection with the scent’s grappa accord. The body milk ($50) and cleansing oil ($58) will each come in 6.7-oz. bottles. A 1-oz. bottle of exfoliating grains will be included with the oil.

To support the scent, a print ad campaign, with model Louise Pederson and photographed by Alasdair Mclellan, is planned for women’s fashion magazines. Some two million scented pieces will be used. Sources estimate that well in excess of $5 million will be spent to support the fragrance.

Varvatos didn’t rule out future women’s fragrances, although no specific plans are in place. He does, however, plan to add a third men’s scent, forming a “trilogy” of men’s fragrances within the brand by 2009. He also said he would eventually like to launch a scent that’s tied into his Star USA fashion collection.