The brand wanted to explore “another facet of Fendi” with L’Acquarossa. 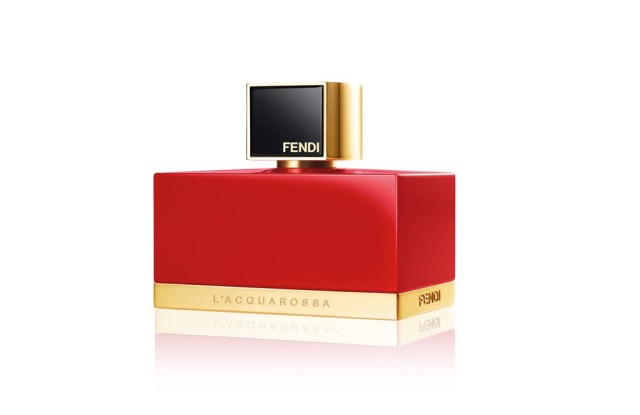 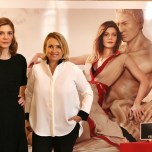 Isabelle Gex, global president of Fendi Perfumes, noted that Fendi’s existing Fan di Fendi men’s and women’s fragrances were performing well internationally, and that with L’Acquarossa the brand wanted to explore “another facet of Fendi.”

“Obviously, Rome and Italian femininity are very important for Fendi, and we drew on these [elements] as a muse to create a tribute to Italian women and to Rome,” she said, noting foreigners often associate Italian women with a special kind of self-confidence, sensuality and pride, and that red was chosen as the corresponding color of passion.

Silvia Venturini Fendi said creating a fragrance with a palpable connection to her city was personally important. “We have this bond [with Rome] that recently grew even stronger through the restoration of the fountain,” she said, referring to the Trevi fountain, which Fendi has pledged to restore along with several others.

Mastroianni — the daughter of screen legends Catherine Deneuve and Marcello Mastroianni, famous for his nighttime romp through that very fountain in Federico Fellini’s “La Dolce Vita” — spoke enthusiastically of her involvement in the project and friendship with the Fendi family, flitting occasionally between French and Italian marked by a soft, throaty French “r.”

“People often ask me, But do you feel more French or Italian? And the Italians find me very French, and the French find me very Italian,” she joked.

The campaign plays up the perfume bottle’s vibrant shade of red and the sensual, ancient beauty of Rome — the birthplace of Fendi. “Jean-Baptiste, whom I’ve known for a long time, immediately had some original ideas, and with all the [fragrance] campaigns out today we needed an original idea. And, I think what we did is very cinematographic,” said Mastroianni, who in the images appears draped across a statue in a long, pleated dress trimmed with red, with Rome’s famous umbrella pine trees visible in the distance.

Beniamino Garofalo, general manager of Fragrance Brands Italia, said Fendi fragrances have been performing extremely well on the domestic market in spite of the economic downtown. L’Acquarossa is aimed at a more mature customer and will be placed at a higher price point than the Fan Di Fendi line, he added, paving the way for expansion of the fragrance business.

Perfumers Delphine Lebeau, Benoît Lapouza and LVMH director of olfactory development François Demachy developed L’Acquarossa, with top notes including Sicilian mandarin, Calabrian bergamot and a plum accord. The heart of the juice contains red-and-gold lantana flowers, rose, orange blossoms and magnolia, and the drydown is composed of red cedar, musk and Indonesian patchouli.

The rectangular, geometric bottle is a shiny, opaque scarlet, topped with a gold and black cap and lined with a golden base with the fragrance’s name spelled in capital letters; underneath, the double-F Fendi logo is engraved.