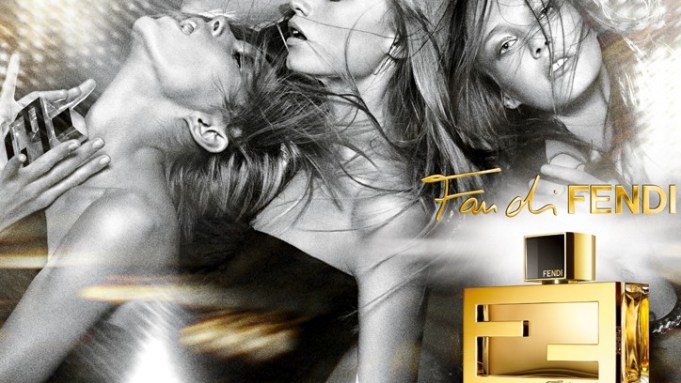 MILAN — Fendi fragrance is back.

The new structure, announced in May, aims to combine the sales clout of Givenchy, Kenzo, Pucci and Fendi by collectively bolstering its commercial multibrand strength.

“We are competing with the likes of [Procter & Gamble] and L’Oréal, so we decided to get stronger as a team,” said Isabelle Gex, managing director of LVMH-owned Parfums Luxe International (Fendi and Pucci fragrances). “Now we’ll use the same commercial team and use this power of negotiation to get better space.”

It’s a determined message from the group that refused to compromise with Palazzo, Fendi’s now discontinued women’s fragrance, unveiled in summer 2007 and pulled in February 2009 after reportedly failing to meet expectations. “The product was great, it was qualitative and classic, but for many reasons, it never achieved the expectations that LVMH had,” said Gex. “Now we have a new creative team and sales organization and are ready to invest in this product.”

The juice taking Fendi back into the fragrance market is a warm floral that has fruity top notes of pear, black currant and tangerine; with a floral heart of Damask rose, yellow jasmine and Indian tuberose, completed by a sultry drydown of patchouli and a birch-based leather accord. The scent was composed by François Demachy, senior vice president of olfactory development for perfumes at LVMH, who collaborated with perfumer Delphine Lebeau-Krowiak of Takasago, according to industry sources.

Fan di Fendi’s name is meant to reference music and the new lingua franca of social networking, although Gex denied its sole objective was to appeal to a contemporary audience. “Palazzo was a tribute to the Roman brand, and in line with the brand’s roots, but our objective with Fan di Fendi is to reflect the current Fendi universe and all its facets,” she said, referring to its series of pop-up clubs dubbed Fendi O and the house’s global appeal.

To this end, Fendi tapped Fabien Baron to collaborate with photographic director Darius Khondji to shoot TV advertising. Spots feature models Anja Rubik, Abbey Lee Kershaw and Karmen Pedaru strutting to a soundtrack by The Kills, described by Silvia Venturini Fendi as a “music video clip rather than a traditional fragrance commercial.”

Unlike Fendi’s Palazzo scent launch, which used TV to break its eau de toilette extension, Fan di Fendi’s 10-, 20- and 30-second spots are slated to run in France on Sept. 19 and from mid-September on in other launch markets. Print advertising was also shot by Baron, in Brooklyn in December, and Gex said the house is working on an online media plan, too.

Fan di Fendi is slated to launch exclusively at Harrods in London next week and hit shelves in France on Sept. 20. It will be rolled out to Russia and Switzerland throughout September. The U.S. is penciled in for a September 2011 launch.

In Italy, the scent will be available at Fendi’s Rome flagship, although a complete distribution rollout is pegged for September 2011. “We want to have an exclusive launch in Italy, and a very selective one,” said Gex, who expects the fragrance to reach approximately 12,000 doors worldwide — “a number similar to our sister brands such as Dior and Givenchy.”