Brand is banking on its new women’s scent living up to its youthful name to attract a new generation of young consumers.

By Pete Born and Courtney Smith on March 22, 2012
View Slideshow 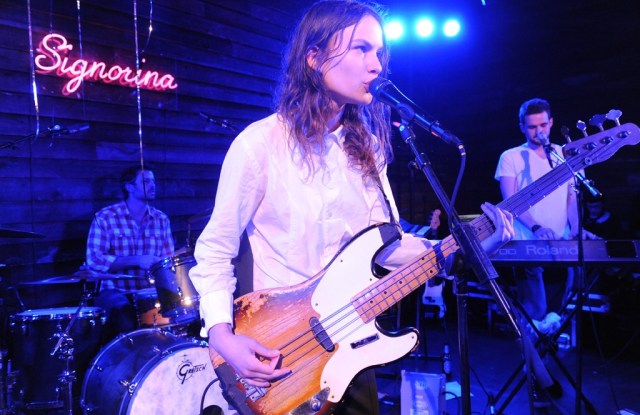 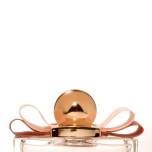 Salvatore Ferragamo is banking on its new women’s fragrance, Signorina, to live up to its youthful name and lure a new generation of young consumers to the stately brand.

So far, the results have been encouraging, according to Luciano Bertinelli, chief executive officer of the Ferragamo Parfums division of the Florence-based Italian fashion house. The fragrance has been launching in stages around the world since December, and this week Signorina made its New York debut with a party at Julian Schnabel’s Palazzo Chupi in the West Village. During the party, which was enlivened by a performance by singer Coco Sumner and her band, I Blame Coco, Ferragamo executives portrayed Signorina is the right vehicle to raise the fashion house’s global fragrance profile.

Michele Norsa, chief executive officer of the Salvatore Ferragamo Group, pointed out that a youth-oriented fragrance with a light formula is the best bet to appeal to markets around the world, especially in sidestepping the usual contradiction with Asian tastes, which normally shun the heavy formulas favored in the West. Bertinelli added that Signorina was chosen as the springboard to give Ferragamo a more hip image.

It is the first time the house is investing in national magazine advertising in the U.S., he pointed out, and is putting money into p.r. to generate blog-driven buzz. True to his word, on Monday the company will unleash a social networking digital feature, “The Girls About Town,” which will track the daily doings of some of the Ferragamo partygoers — the advertising face Bianca Balti and her friends Rachel Chandler Guinness, Alexandra and Theodora Richards and Lauren Remington Platt — as they wander through their favorite hot spots. The digital content will be available on Facebook, Twitter, YouTube and Tumblr.

Signorina was launched quite differently from typical global introductions, For maximum impact, distribution was unrolled in successive stages with a series of parties around the globe, beginning in Moscow in December, then Dubai and now New York. Next up is Mexico City in the last week of May, according to Bertinelli. The last stop will be in July, either in Shanghai or Beijing, he added. Early this month, the fragrance began rolling out in the U.S.

The distribution list adds up to 272 doors and includes Nordstrom, Bloomingdale’s, Lord & Taylor, macys.com, Ferragamo’s boutiques and Neiman Marcus. After a week of selling at Bloomingdale’s Howard Kreitzman, vice president and divisional merchandise manager, said, “We are quite pleased with the initial results.”

The global rollout began last December with Holt Renfrew in Canada and Harrods, which had a three-month U.K. exclusive. In February, the fragrance went on sale in Russia and in the DFS chain of travel retail stores. The fragrance went on counter this month in the Aerporti di Roma store in Rome’s airport and in outlets in Dubai. Bertinelli said the Mexican launch is set for the end of this month, with the full Latin American rollout planned for August. Signorina is due in China in September.

“So far, so good” is how Bertinelli summed up the early selling. At Harrods, “we almost doubled our budget,” and the business at DFS “almost doubled our expectations.” In Russia, Signorina is being sold in the 400 doors of the E’Toile chain, where the fragrance ranks second with 12,000 pieces sold in a month.

Bertinelli explained the positioning of the new fragrance. “Signorina is the first step for a young lady into the world of Salvatore Ferragamo’s fine fragrances,” he said, citing the fragrance’s core demographic of 18- to 30-year-old women. “It’s an evolution of the brand image,” he continued. “We really wanted to make a strong statement and upgrade our fragrance image, which is sophisticated in the true Italian style.”

Two grosgrain bows in contrasting, light-pink pastel colors dominate the packaging. “It’s a play on Salvatore Ferragamo’s iconic symbol, the Vara bow,” said Bertinelli. A square glass flacon is evocative of a jewel box, embossed with the Salvatore Ferragamo logo and topped by a pink-gold bubble that references similarly colored frames on the outer packaging. Price points open at $74 for a 1.7-oz. eau de parfum, $98 for a 3.4-oz. version and $42 for 6.8-oz. body lotion.

For the advertising, Italian top model Balti appears in a single- and double-page print campaign shot by Mikael Jansson. A film campaign directed by Sonia Sieff features Balti as the protagonist who wakes up in an opulent bedroom, reads an anonymous love letter and playfully dresses for a romantic encounter with a faceless date.

Ferragamo executives declined to break out ad budgets. But according to industry estimates, the company will spend about 2.5 million euros, or $3.3 million, on its U.S. media campaign.

Since its creation in 2001, Ferragamo Parfums division has more than tripled business, which Bertinelli credits to an optimization of market support and an increase in direct presence. “We’ve opened subsidiaries in Italy and the USA, along with local offices in Hong Kong, Shanghai, Tokyo and Miami,” he said.

During the first nine months of 2011, the fragrance division accounted for 6.7 percent of total Ferragamo turnover, up from 5.9 percent in 2010, which closed to the tune of 781.6 million euros, or $1.03 billion at current exchange, in total revenue. Bertinelli said recently he would like to eventually build the fragrance division’s share of Ferragamo turnover to 10 percent of the total.

Executives would not disclose sales targets for Signorina, but industry sources estimate that the company is aiming for first-year global sales of 35 million to 40 million euros, or $46.3 million to $53 million, at retail, with 5 million to 6 million euros ($6.6 million to $7.9 million) of the that total generated in the U.S.

Signorina is the latest introduction to follow the September 2011 global launch of its male fragrance, Attimo Pour Homme, part of the woody oriental olfactive family created by noses Alberto Morillas and Ilias Ermenidis, and faced by 47-year-old Roman actor Alessandro Gassman. The worldwide launch was forecast to reach 90 countries and cross 15 thousand doors. Attimo Pour Homme was given an exclusive preview in July 2011 at Harrods, which surpassed expectations. Bertinelli noted that more than 1,000 bottles had been sold despite a drop in store visitors.

Annalise Quest, general merchandise manager for beauty at Harrods, noted that, in 2011, fragrance was one of the fastest growing categories in beauty at the department store. “Ferragamo Attimo Pour Homme has performed well and is amongst the top five male fragrance launches at Harrods in 2011,” she said.

“Fragrance has two main values: first is that it’s a significant business — it’s a little more than 6 percent of our total turnover,” said Norsa. “Second, through communications, it allows us to reach a much larger and younger audience with the advantage of using media — television and Internet — in a different way.”