Ferragamo Parfums ceo Luciano Bertinelli said the launch of Incanto Amity in Japan was a response to that market’s enthusiasm for the Incanto line in general.

By Kelly Wetherille and Cynthia Martens on April 3, 2014
View Slideshow 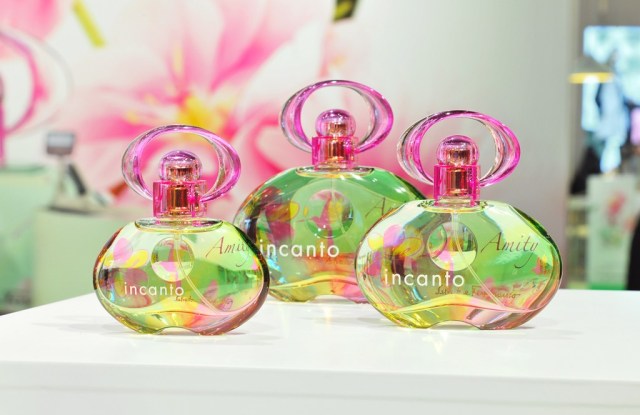 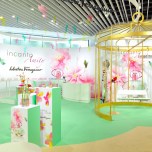 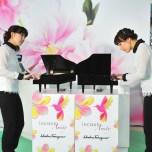 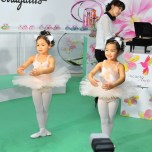 TOKYO — Salvatore Ferragamo launched its newest fragrance, Incanto Amity, at a pop-up store in Tokyo on Tuesday. The store, located in a shopping complex at the intersection where upscale Omotesando meets quirky Harajuku, will be open through April 17, during which time it will be the only place in the world where the perfume will be sold.

Rollout will then continue throughout Asia, wrapping up in China in July and reaching a total of about 4,000 to 5,000 doors.

The opening event for the pop-up included a short performance by two child ballerinas who were accompanied by two women playing in unison on miniature grand pianos. The store is decorated to match the fragrance’s bottle, with flower and hummingbird motifs in pastel hues of green, pink and yellow.

Incanto Amity is a fresh, citrusy fragrance with top notes of Satsuma mandarin orange and Yubari melon, two Japanese fruits. Middle notes of star jasmine and white peach, and base notes of white cedar wood and white musk round out the scent.

Ferragamo Parfums chief executive officer Luciano Bertinelli said the launch of Incanto Amity in Japan was a response to that market’s enthusiasm for the Incanto line in general, with many consumers collecting the assorted fragrances. “The vivacity, creativity and values that [Incanto] represents are especially appreciated by a young customer seeking ‘kawaii’ objects with a touch of extravagance,” he said.

Bertinelli declined to discuss sales projections for the eau de toilette, but industry sources said the fragrance could bring in 10 million euros in retail sales after a year on the shelf.