By Allison Collins
with contributions from Rachel Strugatz
on September 15, 2016
View Slideshow 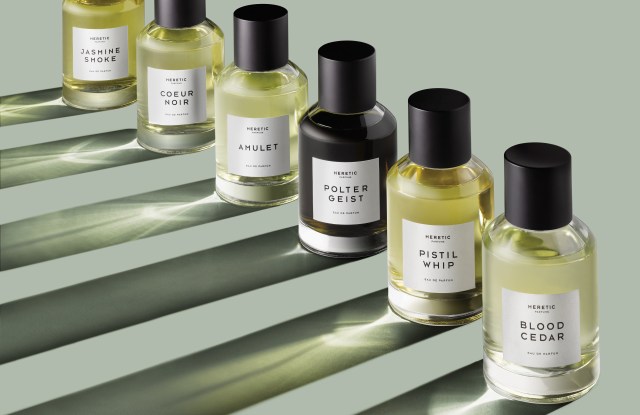 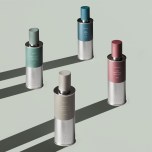 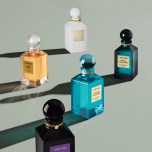 One is no longer enough.

Where in the past the fragrance industry was terrified of launching more than a single fragrance at a time for fear they would cannibalize one another, the new strategy — at least at the artisanal end of the market — is to introduce a collection of anything up to 10 scents at once. The switch is, naturally,
being driven by those ever-demanding Millennials, who

are no longer satisfied with a single, signature fragrance but instead want a family of scents that they can personalize to make their own, or mix and match depending on their mood, the particular day of the week or even the time of day.

“They say if you launch five [fragrances], you’ll have two that will be successful,” said Douglas Little, the founder of natural perfume brand Heretic. He launched his eight-scent line, which sells for $260 a bottle at Barneys New York, in March.

While Little admits he still worries about introducing all eight at once, he adds, “What’s interesting about this is that each one has found its home. I don’t really have a sleeper right now; they’re all pretty much performing at the same level.”

Start-up Abbott launched with four scents. “We thought about it a little bit…whether we wanted to just come out with one at a time, just to have new products,” said cofounder Michael Pass. “Really, that ended up not being a big concern.

“At least for us, and a trend in the industry, we think it’s a good thing to be moving away from launching a fragrance that is all about one marketing idea…and a move toward the focus on the product itself,” he added.

Experts agree the collection approach brings with it benefits — on the business and artistry sides.

“Creating collections allows you to take more business risks,” said John Demsey, executive group president at the Estée Lauder Cos. Inc. “When your business is totally dependent on a singular product, either it wins or it doesn’t. When you take a collection approach, you still want to make sure you have those winning products, but you also can push the boundaries and try and test things that eventually will be the trends of what tomorrow will be 10 years from now.

“The creativity in the fragrance business today is at an unprecedented level because of the advent of this type of thinking,” Demsey added. “This mode of thinking builds brands and products with sustainable futures.”

Stepping away from marketing and sales concerns, the comeback of the collection approach is seen as a shift back to artistry by fragrance experts.

“These collections are a very positive trend in a way for the industry because they are pushing the creative boundaries,” said Nicolas Mirzayantz, group president, fragrance, at International Flavors & Fragrances. “It’s really almost back to the future — it’s back to what fine fragrances are about.”

Not that the collections idea is anything revolutionary. The well-established brand Guerlain, for example, has long focused on creating groups of fragrances, including L’Art et la Matière and Les Absolus d’Orient, according to Marie Line Patry, vice president of education at Guerlain. Then, in the mid- to late-20th century, the industry shifted, with Estée Lauder leading the way with her Youth-Dew in 1953.

“Over the next few decades, fragrance became a more democratized business,” said Demsey. “Everything evolved into the latest, greatest, newest blockbuster fragrance that came with a huge advertising campaign and big distribution. With that and the expansion of distribution outlets and the expansion of emerging markets and more aspirational customers, that was really driving the fragrance business for about 30 years.”

But as fragrance became ubiquitous, its growth, especially in the U.S., eventually plateaued, according to Demsey.

While Lauder’s White Linen launched as part of The New Romantics collection in 1978, and Bond No. 9 introduced a New York-themed, 16-piece collection in 2003, the modern revival of fragrance groupings became more widespread with the launch of the Tom Ford brand. In 2007, the designer (under Estée Lauder) unveiled Private Blend — then, a troop of 12 unisex fragrances, which has since expanded to 24 scents.

“There was a lineup of product where the money was put in the product itself and the service experience in point-of-sale, and it wasn’t about marketing dollars or advertising or distribution,” Demsey, who oversees the brand, said. “We were able to invest more money in the product and in the service and take great olfactive risks relative to the signature of the fragrances themselves. What started off as a positioning exercise became the underpinning of what built the entire Tom Ford beauty franchise.”

Tom Ford Beauty is expected to be at the $1 billion mark in retail sales by 2020, sources have said.

But while the fragrance collection trend can spawn megabrands like Tom Ford, the scents are as much about storytelling as they are about commerce, said Mirzayantz.

Fragrance collections are as much about the commerce side as brand storytelling, said Mirzayantz. “[It’s] also about the image, the aura on the brand DNA, the PR, the presence — because it goes from the story making to storytelling….It creates rich territory to talk about the brand,” he said.

Collections have been pushed into the market hand-in-hand with their stories. When Abbott launched in June, it was as a collection “inspired by experiences we’ve had,” said Pass. “Coming out with a collection is part of the larger picture for us; we want you to go out and do things and experience life.”

D.S. & Durga, which unveiled a collection of three scents at Barneys, is also on the storytelling bandwagon, including liner notes in its packaging. “You’re getting as much information as possible about the fragrances,” said perfumer David Moltz. “You can get as into the fragrances as you want to — know the story that’s going on.”

For Heretic, Little also centered on the brand’s narrative. “The brand focuses and celebrates nature for its feral, wild sensual aspects — I’m not telling a story about nature that is calm and tranquil, I’m telling a story about nature that is wild and intense,” Little said. “I’ve taken and done eight fragrances that are pretty much diametrically opposed to each other….It’s the reason why the line is called Heretic.

“If a brand is not able to give the customer this deep, lush, immersive world of information, I think that it’s difficult to perform,” Little said.

Abbott, D.S. & Durga and Heretic are just a few of the brands that have opted for the collection route instead of the solo launch. One of the foremost examples of the new trend is a trio of feminine fragrances being launched by Christian Louboutin on Sept. 7 that tell different stories and project different personalities. Others include Diana Vreeland, which on July 1 introduced the Outrageous collection made up of Simply Divine, Outrageously Vibrant and Daringly Different. Bottega Veneta rolled out a line of six Parco Palladiano scents in April; Jo Malone London launched a six-piece line — the Rare Teas collection — on April 1, and, when Robert Graham branched into fragrance, the brand did it with a trio that rolled out March 1. In February, Derek Lam unveiled a 10-part collection, while Ralph Lauren introduced a line of 10 fragrances based on experiential destinations. Guerlain sells private collections that cost between $35,000 and $65,000. The demand is there, Patry said, citing her sale of six collections for $40,000 each in 2015.

As consumers place increased value on experiences over possessions, the presentation and ethos of scent collections — traditionally more service-heavy, ingredient-focused and often with robust stories — can help welcome customers into a brand. “As we talk about less stuff, more experience, it feels like the magic of fragrance, rather than the commoditization of it, is coming back to play,” said Wendy Liebmann, chief executive officer of WSL Strategic Retail.

“It’s like speed dating or going on a bunch of dates, and then you can marry one later,” said Elizabeth Musmanno, president of The Fragrance Foundation. “It’s all about personalization; it’s about financially getting in and trying a bunch of things for the same price. I think the rollerball introduced that concept to us as consumers. It’s about the playfulness of it. It gives you the ability to sample at home and try at home. I think this is the way consumers are going to be shopping.

“It’s going to get bigger now; I think it’s going to continue,” she predicted of fragrance collections. “Because that’s what the Millennial audience and even younger — that’s how they want to find fragrance now. [It stems from] the whole Sephora rollerball success,” Musmanno said, talking about the discovery process and success of fragrances packaged in the smaller, portable containers.

While Millennials may have been the initial driving force behind the personalization wave in fragrance, in turn leading to the rise in collections, the idea has wafted to other generations and been adopted more broadly — creating an opportunity in a global fragrance market that was valued at $45.7 billion in 2015, according to Euromonitor. The U.S. market was valued at $7.75 billion for the year.

“They might have bubbled up through a younger consumer, but that wave moves out to a broader range of consumers,” said Liebmann. “That’s true of what’s going on in fragrance.”

“Younger consumers do not live in vacuums,” said Karen Grant, senior vice president, global industry analyst for beauty at The NPD Group Inc. “When you’re influenced by friends and family [when you are] in your 50s and 60s, [your friend circle] might include a 20-year-old, and vice versa.”

The artisanal fragrance market grew 12 percent in dollar terms, which is 11 percentage points greater than the rest of the market for the first half of 2016, according to the NPD Group. Niche fragrances comprise 7 percent of total prestige scents by dollar volume, and drove 27 percent of the category’s overall growth. Personalization is driving growth broadly across the beauty industry, and according to a recent report from market research and consulting firm Kline, brands that capitalized on that approach saw high double- to triple-digit increases in 2015.

“[Millennials] want a scent that makes a statement,” said Grant. “They’ve become heavier users of fragrance than in the past. Where we’ve found the most differentiation has been in artisanal scents, which allow for lighter and more differentiated combinations. Where they are sold, they’re on fire.”