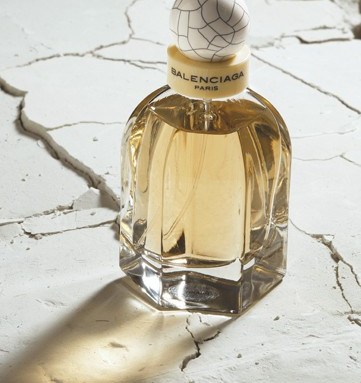 It’s a word fragrance marketers and suppliers use to describe what they hope will prevail this year after a thumping drop of 10 percent in U.S. department stores for 2009.

There was no argument that 2009 was a tough year for fragrances, but as Felix Mayr-Harting, executive vice president for fine fragrances worldwide at Givaudan, put it, “I think there’s a renewed sense of optimism as we go through a new year.”

The holidays offered a glimmer of hope, according to Bernd Beetz, chief executive officer of Coty Inc. “The Christmas business was a good point of stabilization for the market,” he said. “It was not what we would all ideally dream of, but it was certainly an improvement. I think it will signal a change for 2010, and point things in a positive direction. So, from that, I take a lot of encouragement.”

Said Nicolas Mirzayantz, group president of fragrances at International Flavors & Fragrances, “Now is a good time to reevaluate our brands [and ask] what is the new model that will be relevant?” He added that 2009 “was a very difficult year both in the U.S. and Europe. We saw a major correction in the market; destocking was happening at every part of the business — from retailers to consumers to brands.

“Hopefully, we will see some stabilization in 2010,” he said.

Veronique Gabai-Pinsky, global brand president for Aramis and Designer Fragrances, BeautyBank and IdeaBank at the Estée Lauder Cos. Inc., echoed that sentiment.

“We should see replenishment of our brands,” she said. “[Destocking] is not something that’s going to be sustainable going forward.” Gabai-Pinsky said she believes the market for fragrances will be roughly flat in 2010. “Moving forward, I don’t see tremendous growth. [The market] may be better in Europe than in the U.S., but the status quo in the size of the business [will remain].”

Joël Palix, worldwide president of Clarins Fragrance Group, a unit of Groupe Clarins, said after a 9 or 10 percent decline in the U.S. fragrance market in 2009, he hopes for a better 2010. But, he conceded, “We might see a smaller decline in 2010.”

In Europe, which saw gains in some countries last year (20 percent in the U.K.) and declines in others (5 percent in Spain and Italy), Palix noted, “I think 2010 will be flat. It will be a slow recovery for the [overall] perfume industry.”

One trend that executives are seeing within the marketplace is segmentation of upscale, nice scents versus a value proposition. Some consumers, they said, are willing to pay for what is perceived as a luxury product while others are looking for value.

“We saw last year that the luxury, niche market was growing,” said Mirzayantz, who added, “You see segmentation between niche, prestige; midmarket, and a more value offering.”

Gabai-Pinsky also noted that, “The high-end piece of the business continues to grow. We see that as an opportunity going forward.”

When it comes to celebrity and designer fragrances, it is Mayr-Harting’s feeling that these categories will continue to be important in the U.S. “Celebrity fragrances remain very relevant and I think that will remain the case.” He also noted that, “We’ve seen a number of great designer launches.”

Coty, which maintains that it reinvented the celebrity fragrance model, has set for February two big-name introductions: the launch of Beyoncé Knowles’ first scent as well as Halle Berry’s second scent. And, when it comes to designer scents, Marc Jacobs’ Lola and the Balenciaga fragrance have been hits for Coty, Beetz said.

For Mirzayantz, it’s not necessarily about celebrity, designer or lifestyle scents as much as it is about a “well-executed product. In all these segments, you have opportunity but, overall, the coherency of the product is what matters. At the end of the day, it’s about emotional relevance — about feeling something.

“Consumers are looking for an experience — from automobiles to music,” Mirzayantz continued. “What experience are we providing? When [there is an] experience, consumers respond to it.”

“The brands that have a strong point of view will continue to rise to the top and outperform the market,” added Nicholas Munafo, president of Beauté Prestige International USA.

A key challenge in the market is distribution, according to Palix, who asked, “How do we convince retailers to take more risks, to create enchantment and convey that fragrance is a moment of joy at point of sale?” Munafo said, “The consumer is not feeling engaged in general,” and added that the biggest opportunities are “innovating the shopping experience, slowing down launches and being disciplined in your approach to distribution.”

Another opportunity, said Mirzayantz, is educating consumers as to why niche fragrances command a higher price point. “Craftsmanship — you see this with Hermès and Cartier — the number of hours put into it, the artisan part of it.”

However, two of the most cited opportunities within fragrance were emerging markets and social media.

“Emerging markets are a big opportunity for our industry,” Palix contended. He said he thinks Latin America, Asia, Eastern Europe and travel retail will grow this year. “A lot of people across the world are eager to buy their first bottle of fragrance.”

“The world is not just about Europe and the U.S.,” said Mayr-Harting. “The Latin American market has grown and people are passionate about fragrance in Brazil. We’ll continue to see the growth of other markets. It remains a market for global expansion and new growth.”

Additionally, the industry will get more involved in the Internet and social media — new ways to approach the consumer, according to Palix. “This is something we are looking at as a brand for Thierry Mugler,” he said.

“The rise of the Internet and social media is beginning to take hold in the fragrance arena now,” added Mayr-Harting. “Blogs give people a forum to talk about a fragrance. It’s something that’s extremely important for our industry. We have to talk to a younger generation in a means that is more relevant to them, like music and gaming have.”