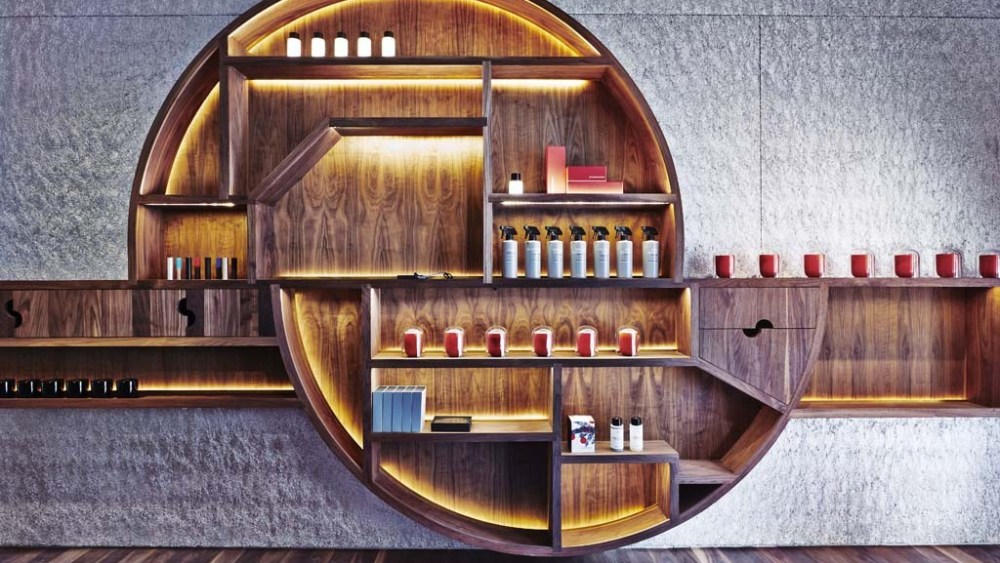 Fragrance pioneer Frédéric Malle has married his twin passions for perfume and architecture with the opening of his second New York store today.

Located at 94 Greenwich Avenue in Manhattan’s West Village, the 450-square-foot fragrance boutique signifies a new phase of his storied career. Malle has long characterized his firm as a publishing house that “publishes” the work of the world’s best perfumers. Now, he has also started showcasing the work of top architects in the form of new freestanding Editions de Parfums Frédéric Malle stores, starting with the new shop on Greenwich Avenue. It was designed by Steven Holl, whom Malle described as “one of the greatest architects of our era.”

In addition, Malle showed that he has not lost sight of the fragrance side of his publishing house by launching a new fragrance, Eau de Magnolia, a fresh citrus chypre created with Carlos Benaim, a master perfumer at International Flavors & Fragrances.

Malle also showed a sentimental side by scheduling the opening of the West Village store for today, 14 years since he opened his first freestanding shop at 37 Rue de Grenelle in Paris.

This new store features a design that is intimate and warm but architecturally striking, giving the space a West Village vibe. The store has trademark Malle features — the portraits on the wall of the perfumers he has worked with and three smelling chambers in the back for customers to try out scents. There is even a private garden in the back for small, personal gatherings.

But the ceiling and walls are covered in an innovative, seldom-used material made of aluminum foam, making the ceiling look like a giant metallic sponge. The silver material on the walls is contrasted with dark walnut, which is used on shelving units, flooring, furniture and window treatments. The entire design — including built-in shelving, window design and even a table and a bench — have semicircle shapes. One of the most interesting accents is the indirect lighting system, created by renowned designer Hervé Descottes, which plays off the level of exterior sunlight, changing in intensity as the day progresses.

During a far-ranging interview, the conversation bounced from everything from perfume creation to store architecture to the state of the fragrance scene to the lack of editing and service in department stores, and even the challenges facing the industry in dealing with the rising tide of ingredient regulations.

Malle now has two stores in New York, three in Paris and one due to open in Rome in September. He said his next U.S. shop could either be in Los Angeles or Miami to cater to his strong Mexican and Brazilian following. In the future, he envisions two or three more stores in the U.S., one in Mexico and one in London.

In producing these stores, half of which he designs himself to give them the feeling of being at home in his apartment, he strives for a certain effect. “They have to take people out of their everyday lives and share a sense of beauty and luxury,” he said. “They are almost like gifts. [They] also paradoxically are places where you are being listened to. I don’t want these stores to be intimidating. I want people to feel welcome.”