LOS ANGELES — Perfumier Frédéric Malle today plants his flag here with the opening of his ninth freestanding boutique, at 8417 Melrose Place. The 1,200-square-foot space is the first West Coast location for Editions de Parfums Frédéric Malle, joining two shops in New York, four in Paris, one in London and one in Rome.

“It’s a very important step for the company. I have been coming to Los Angeles for a long time and have a very strong connection with the city. This is a much more personal adventure,” said Malle. 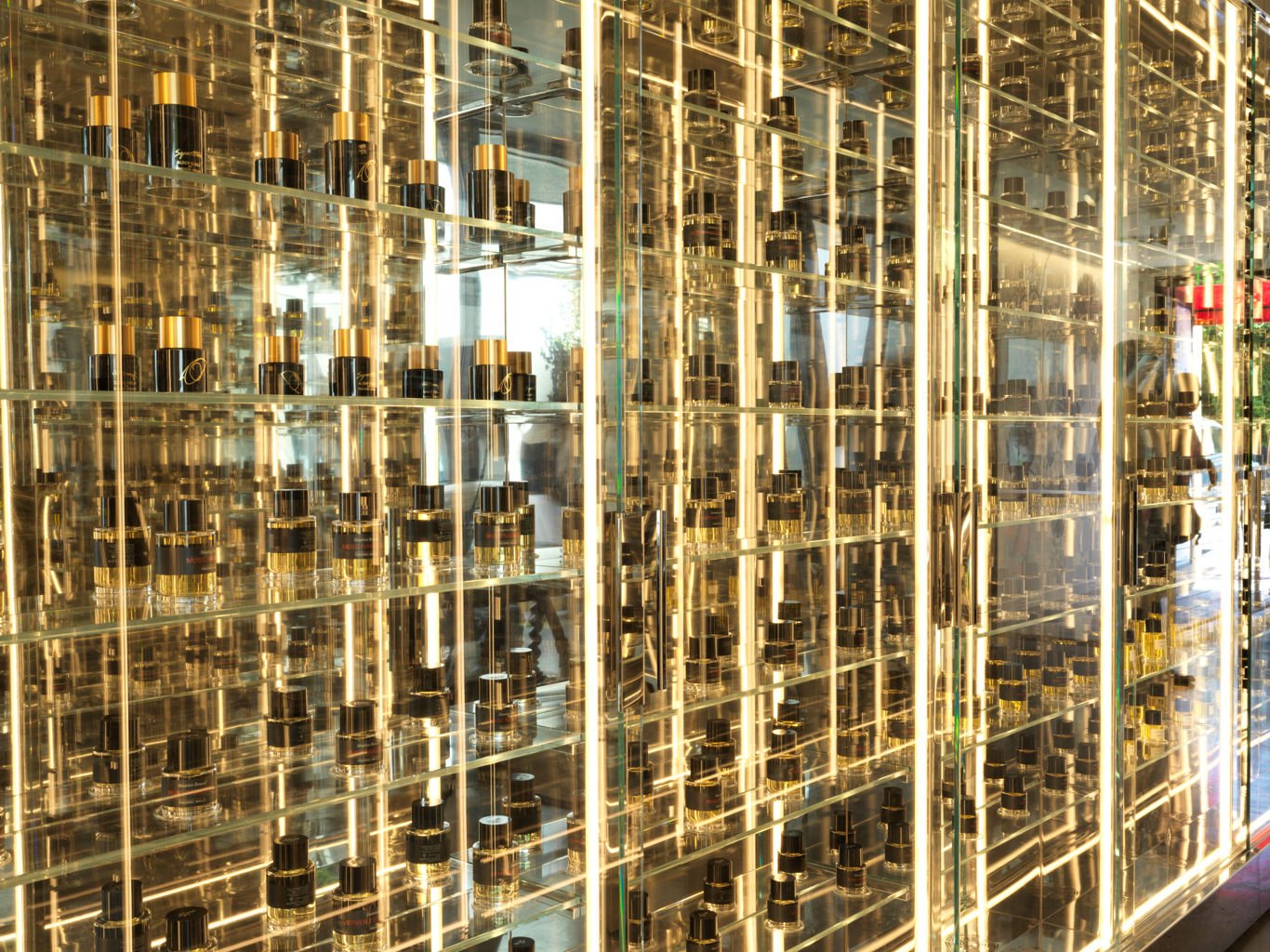 He tapped his close friend, L.A.-based artist and illustrator Konstantin Kakanias, whose whimsical character Mrs. Tependris is well-known in fashion circles, to create the black and white botanical frescoes in the first of two rooms.

“We have been friends for over 10 years and he illustrated two of my books. I said, ‘Do whatever you please. I will design the store around your ideas,'” said Malle, who then arranged shelves of his bright red boxes around Kakanias’ artwork. 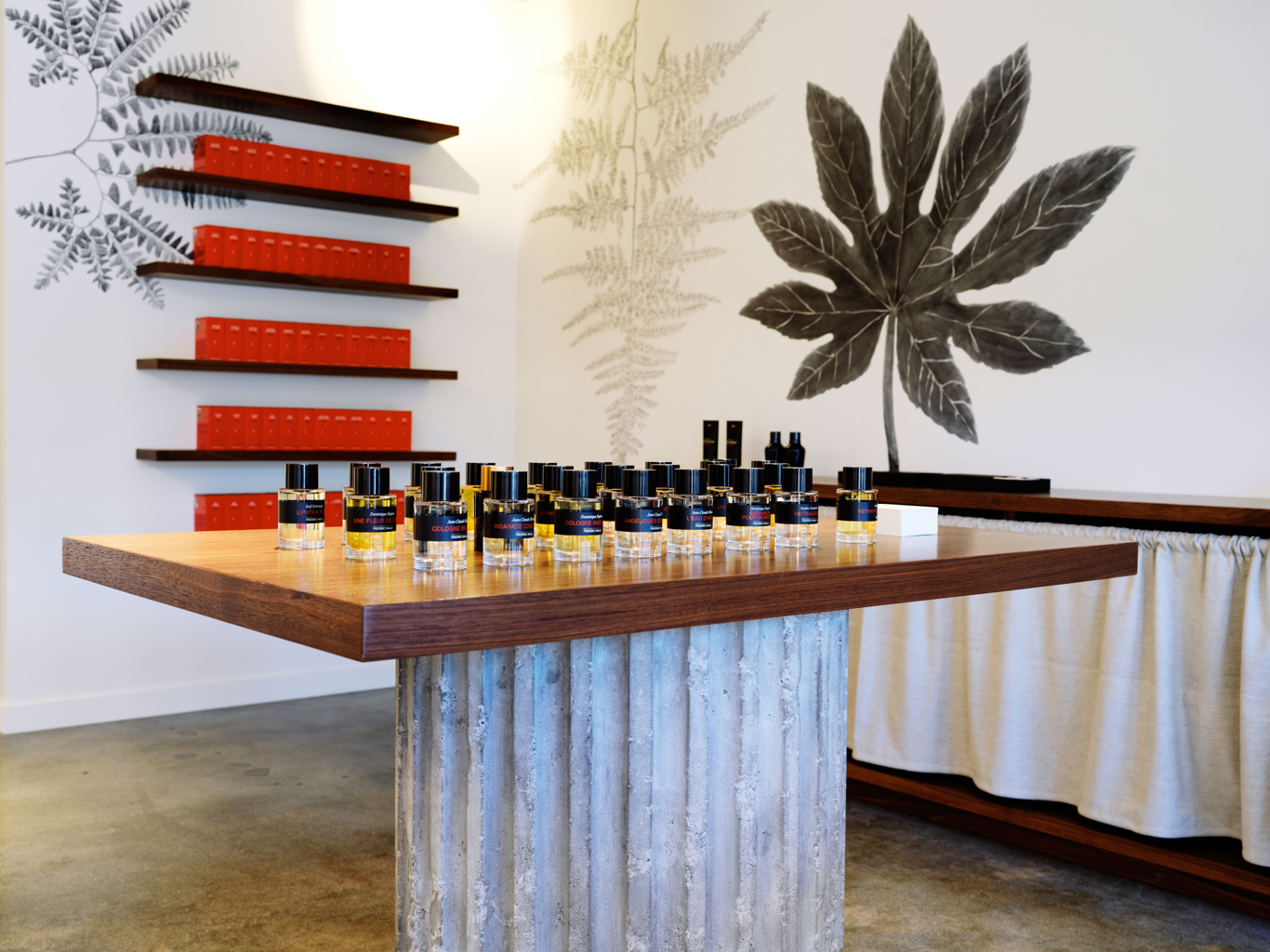 A mirrored corridor, filled with glass cases of perfume, leads to a more private space that is decorated like one of Malle’s homes. The yellow Prelle-upholstered sofa resembles one he has in Long Island, and the dark blue and aubergine Peter Dunham fabric on the walls is something Malle would choose “if I owned a home in Los Angeles.”

Of the retail-meets-residential layout, he said, “It is like a perfume suite. I also worked around the light; there is a nice little patio where you can have a cigarette.” 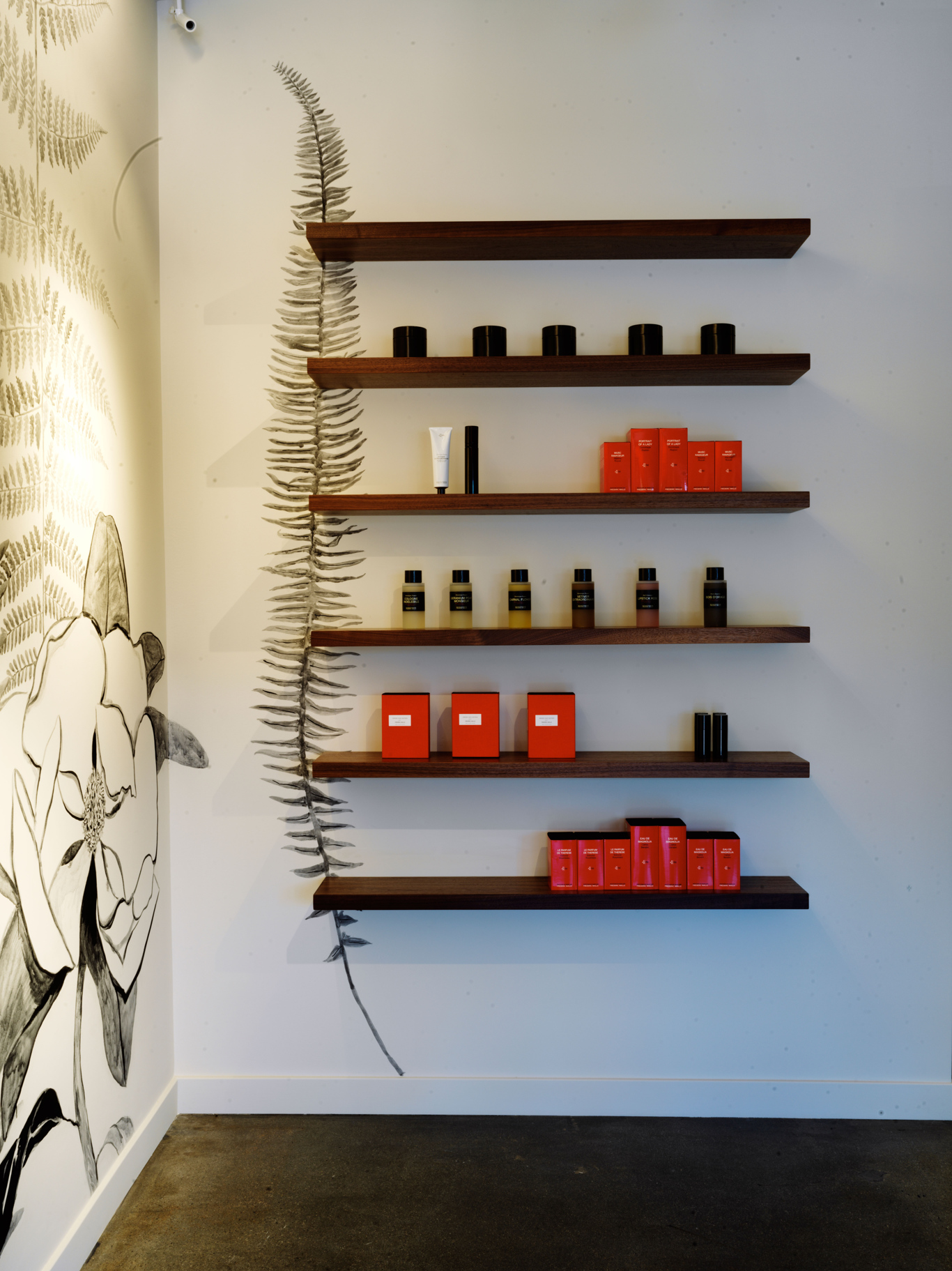 Next up for Editions de Parfums Frédéric Malle: boutique openings in Dubai and Milan. Malle noted that he plans “a lot” of stores in the Middle East, where fragrance is an ancient tradition, and eventually more stores in London, where his business is thriving.

Malle is fond of collaborating with fashion designers — he just launched a fragrance with Alber Elbaz and has worked with Dries Van Noten and Pierre Hardy. His next fragrance will involve a mysterious flower that has never been rendered as a fragrance before. “I think it is very L.A.-oriented,” he hinted.