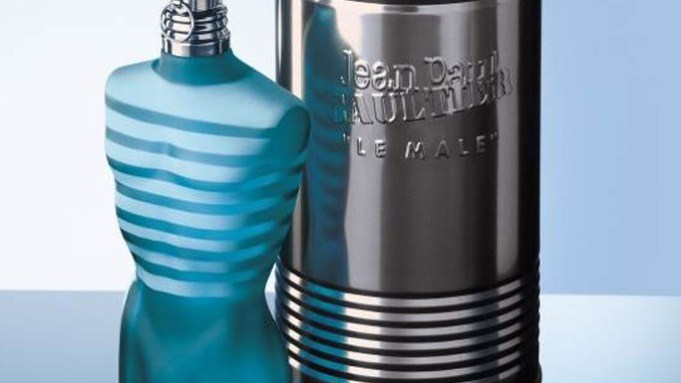 To complement the opening of “The Fashion World of Jean Paul Gaultier: From the Sidewalk to the Catwalk” at the Brooklyn Museum, the designer’s fragrance license holder, Beauté Prestige International, on Friday hosted a panel discussion centered on his bestselling scent Le Male.

“[Fragrance] is a trace of yourself,” said Gaultier, who received a standing ovation from the crowd upon his non-predisclosed arrival. “The perfume speaks.”

Gaultier then discussed the importance of scent to his world, and shared some of the formative fragrance memories from his childhood, like powdered makeup used by his grandmother, as well as Sixties-era barbershop notes, interpreted in Le Male.

“The smell was so evident in my mind I thought it already existed,” said Kurkdjian, who imagined his debut juice — of which a bottle sells every six seconds to this day — when he was just 25 years old. The resulting formula — comprised of about 30 ingredients — pairs clean notes like lavender with “sweat and male appeal. In Gaultier’s world you need to seduce,” said Kurkdjian, drawing a parallel between the scent composition and the white and blue stripes used generously by Gaultier. “It’s an almost perfect balance between fresh and warm.”

Next, the panel took a look at various Le Male advertising campaigns since its 1995 launch, most of which featured a sexy, corseted heroine and perfectly coifed submissive sailor type, a play on gender identity and role reversal. “I show the feminine part of the man. It is the woman who decides, who is not obliged,” said Gaultier. “I think women are stronger than men…more clever in some way.”

Loriot said the exhibit, which runs until Feb. 23, was meant to resemble a “contemporary art installation” rather than a retrospective, as Gaultier feared that a show featuring the work of a living designer could easily begin to “look like a funeral.”

To wit, 32 of the mannequins on display featured blinking, squinting, “living” faces, created through video projection. A number of them spoke various languages to fixated onlookers. “Everybody is welcome in his universe,” said Loriot, who worked on the exhibit for nearly five years. “There is a strong social message behind his work.”