Getting a Whiff: Fragrance Catching On in China

Young Chinese consumers are embracing a multitude of new fragrances descending on the market from international brands. 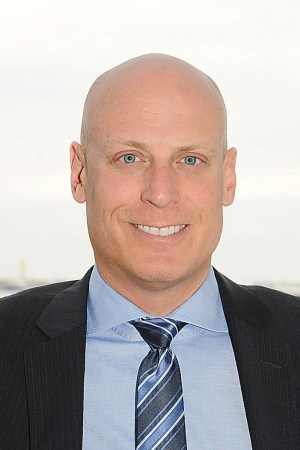 SHANGHAI — Young Chinese consumers are embracing a multitude of new fragrances descending on the market from international brands.

According to recently released numbers from market research firm Euromonitor, fragrances in China registered a 12 percent increase in current value terms in 2011, up from 8 percent value sales growth the year before.

Bill Brace, vice president of global market development operations at Procter & Gamble’s P&G Prestige, told WWD that the fragrance market has started on the back foot in China, due to an historical absence of perfumes and colognes in the Middle Kingdom, but it’s now on the rise.

“We do see growing interest from [Chinese] consumers, especially younger ones as education on the category grows and knowledge on fragrance usage increases,” he said.

“We see young Chinese consumers start to adopt cosmetics and fragrance in their daily routine. These young consumers tend to see fragrances as ‘affordable luxury,’ an entry point of luxury products they can afford and show off among their peers.”

Lui Meng Chow, a research analyst at Mintel, agrees that there is plenty of room for growth in China. Mintel expects 4.7 billion yuan, or $754 million at current exchange, to be spent on fragrances in the country this year. That figure equals per capita spending 20 times lower than in the U.S. and 60 times lower than the U.K.

“It definitely will continue to develop, but the Chinese have to gradually accept things into their own culture. Fragrance to them is quite Western and is a luxury accessory, but over the last 20 years, the Chinese fragrance market has grown from practically nothing to be quite sizable,” she said.

P&G’s Brace also points out, “Today, less than 1 percent of the Chinese population uses fragrances compared to more than 60 percent in Western Europe or the U.S.,” he said. “What excites us is that the sheer size of the China market, even at the same penetration level as Japan and Korea, would make it a significantly bigger market. So, the market still has plenty of room to grow.”

It was precisely this dynamic growth in the fragrance market that attracted Phillippe Paris-Paparella, a Shanghai-based “nose” working for Symrise, a major international producer of flavors and fragrances.

After five years living in China, French-born Paris-Paparella is in no doubt about the challenges the fragrance industry is up against in the Middle Kingdom, pointing out cosmetics were actually illegal throughout the Cultural Revolution here.

“Fragrance is not part of the habit or the history of China. So we cannot rely on the emotional attachment consumers have in Europe or the West where they say, ‘My mother wore this perfume,’ or ‘My grandmother always bought this perfume.’ So you are already exposed when you are very young and have an attachment to certain fragrances,” Paris-Paparella said.

This lack of penetration and history of fragrance in China makes education and dynamic marketing campaigns key components to a successful sales strategy here. P&G’s Brace points to the recent success of their fragrance, Gucci Guilty, as an example of the importance of locally targeted marketing strategies and “counseling materials.

“We are very glad to see China’s younger generation is more open culturally to using fragrances,” Brace said. “They have a strong desire to learn about the fragrance category, which is why we call on our fragrance expertise to drive category education into every communication vehicle — p.r., marketing, in-store counseling — aiming to fulfill our consumers desire for knowledge and expertise, and in doing so growing the category.”

Paris-Paparella also points to the fashion media as drivers of the market in China.

“It’s not like in Europe where people will try a sample and make a judgment on whether they like the smell or not,” Paris-Paparella explained.

“In Chinese magazines, fragrance coverage is more educational, it explains how to use it and for which occasion it is appropriate. They teach consumers.”

There is little doubt that the last 30 years have changed China significantly, including a reversal in collectivist thinking as a new generation adapts to the country’s capitalist reality. This change has also resulted in young Chinese seeking out a unique sartorial and grooming style.

“People are becoming more and more individualists, they are starting to look at having their own signature,” Paris-Paparella said.

Which isn’t to say there aren’t some trends at play when it comes to China’s fragrance market. As heavily brand-conscious consumers, the Chinese have thus far gravitated to prestigious international designer brands for their cosmetics, perfume and personal care needs.

According to Bain & Co.’s 2011 China Luxury Market Survey, the top five brands in those categories were Chanel, Shiseido, Estée Lauder, Dior and Lancôme. Chanel, Dior and Lancôme were also cited by Mintel’s 2011 research as being popular fragrance brands with consumers.

“Chinese consumers place a high value on the reputation of the brand and only purchase brands they trust, particularly for luxury items,” Mintel’s Lui Meng Chow said.

“Buying fragrances from these international brands also helps to develop an emotional attachment to these brands. They feel they belong to a higher social class or group.”

According to the consumer testing undertaken by Symrise in China, Paris-Paparella told WWD that scent preferences are a secondary, though still important, factor in fragrance purchasing decisions.

“When you look at the market for women, more than 60 percent of fragrances on the market are floral. In China, you have a big chunk in the floral family, but if the main family is floral, it won’t be floral-floral, it will be balanced with fruity notes for the more modern fragrances or green which is more natural and fresh, or woody in more sensual fragrances.”

As with other, more developed major markets without a history of fragrance use, such as Japan or South Korea, Chinese consumers have shown they prefer lighter fragrances, with consistent best-sellers, including Davidoff’s flagship scent for men, Cool Water.

The experience of Prada also demonstrates the importance of releasing scents that appeal to the local market. The Italian powerhouse initially struggled with its signature Prada Eau de Parfum in East Asian markets that were proving resistant to its powerful scent, before substituting the lighter Prada Tendre incarnation to a warmer reception in the region.

Although the Chinese market is still too small to justify the costs of research and development from major brands to produce Chinese-specific scents, Paris-Paparella said he wouldn’t be surprised to see fragrances developed particularly for Asian tastes in the future.

“You can see now that in Europe or the U.S., when they launch a major variant, they have another version for Asia. The packaging will be more girly, the scent will be lighter. They are looking at Asia so I can imagine a future where big brands will have variants targeting the Asian market,” he said.

One sector within the Chinese fragrance market particularly poised to grow significantly in the coming years is men’s fragrances.

According to Mintel’s research, the men’s sector grew 20 percent from 2008 to 2011, compared with 10 percent in the women’s category. As fragrances are only just beginning to catch on with male consumers in China, analyst Lui Meng Chow said she wouldn’t be surprised to see this growth continue to outpace that of their female counterparts in coming years.

“The word perfume often has feminine overtones among male consumers in China. However, thanks to the popularity of Japanese and Korean TV dramas, fashions from these countries are shaping Chinese men’s perceptions of personal grooming,” she said.

“As a result of this trend, younger male consumers are shifting away from their conservative traditions and have been impressed with concepts which promote individual expression. This has caused manufacturers to launch male-specific brands, including toiletries, despite the fact that they were previously associated with being a woman’s product.”

Another major factor driving the growth of China’s fragrance market is gifting. The practice is big business in China, where gifts are a normal part of business and interpersonal relationships. At this stage, whereas business and politically motivated gifts commonly include expensive tobacco, alcohol and designer fashion and accessories, men still commonly give fragrances as gifts to the women in their lives.