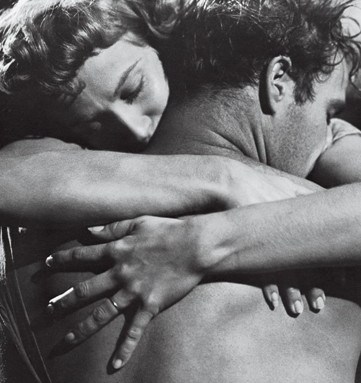 The race to capture men’s personal care dollars is on. As sales in traditional beauty sectors slow, grooming is the new frontier of growth. Much of the action is centered on the mass market, particularly in value-oriented times. But niche brands in department store distribution are also proving to be a bright spot. Wherever they’re buying, men are looking for simple, effective products. Period. “The key overall growth driver in the last five years is the acceptance by men of using skin care products,” says Roman Shuster, research analyst at Euromonitor International. “It’s more acceptable for men to care about their appearance.” What it means to be good looking has changed, too. “John Wayne was the image of masculinity 30 years ago,” says Shuster. “Today, it’s [football player] Tom Brady—chiseled but smooth as opposed to leathery skin.” Last year, sales of men’s grooming products in the U.S. market totaled $4.74 billion, a 1.6 percent increase over 2007, according to Euromonitor. That includes shaving products and toiletries like bath and shower products, deodorant, hair care and skin care.

Within that, the best-selling products were shaving items, a category whose sales dipped by 0.5 percent last year, but still tallied $2.35 billion, including razors and blades. (Excluding razors and blades, the pre-andpost- shave market tallied $427.9 million, a 1.1 percent rise.) The hottest commodities were bath and shower products and skin care. The former category rang up $267 million in sales, from $242.5 million the year before, a 10.5 percent increase. Men’s skin care rang up $219 million last year, compared with $203.9 million in 2007, a 7.5 percent increase. “One of the things [retailers] have done is rearranged men’s skin care and put it next to shaving, deodorants and body washes,” says Shuster. “Today, men are more likely to try skin care because it’s next to their favorite aftershave.” Still, the U.S., with its historically macho culture, lags behind other countries in terms of a well-developed grooming category.

“It moves from East to West,” says Shuster. “Japan is the most developed because men are very familiar with skin care products. It’s five to 10 years ahead of the U.S. In Western Europe [men] are more aware of taking care of their appearance—it’s not uncommon in Japan and Europe for men to wear makeup.” While most mainstream brands have no intentions of marketing  men’s makeup here in the near future, all are eyeing aggressive expansion plans. Procter & Gamble’s Gillette brand, which dominates the mass market shaving category, recently unveiled a comprehensive hair care collection and new body washes, while Unilever’s Axe has the edge in toiletries (bath and shower products, deodorant and hair care), with P&G’s Old Spice a near
second. Then come American Crew, Right Guard and Just for Men. In skin care, Nivea for Men leads the way, while L’Oréal Paris’ Men’s Expert ranks second, followed by Neutrogena Men, Gillette and then store exclusive brands. Going forward, Euromonitor anticipates growth will continue, albeit at a slower pace, predicting an increase of 5 to 6 percent in men’s skin care and double-digit growth in the bath and shower market. Says Shuster, “Some of the trialing will slow down, but there still will be growth despite the economy.”

HOMME FRAGRANCE
Men’s scents are as manly as ever, but the newest have been created with a specific and unique guy in mind.

4. GUESS BY MARCIANO FRAGRANCE FOR MEN
This aims to capture the aura of its modern target male—a confident, attention-grabbing guy—via an aroma of frozen ginger, mandarin, lavender and sparkling star fruit. ($60; Macy’s)

6. MCGRAW SOUTHERN BLEND
Country superstar Tim McGraw highlights his southern heritage in his sophomore fragrance effort, with a zesty opener of grapefruit and bergamot juxtaposed with an earthy yet elegant base of vetiver, amber and tobacco. ($23, mass retailers)