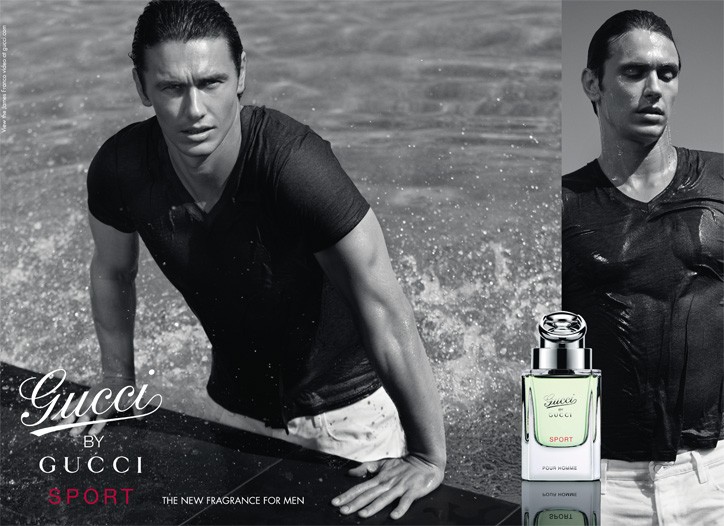 GENEVA — Gucci is set to expand its fragrance world with the launch of a scent dubbed Gucci by Gucci Sport Pour Homme.

Leveraging on the strength of her first men’s scent, Gucci by Gucci Pour Homme, which was launched in 2008, Gucci creative director Frida Giannini returned to the scent drawing board to come up with a new, fresher and lighter fragrance to suit the demands of a spontaneous lifestyle.

“The original fragrance was such a phenomenal success, but is actually quite dressy and formal in its spirit,” said Giannini. “I wanted to expand the story of the scent into a man’s free time and the more casual moments in his life.”

Despite the name, Gucci by Gucci Sport Pour Homme is not intended solely for gym goers but aims to attract a new consumer alongside the existing users of the original men’s fragrance with its effortless appeal.

“I don’t necessarily link it literally with sports,” said Giannini. “It’s more a sporty state of mind. Meaning, off-duty time and the attitude that comes from being relaxed and carefree.”

Procter & Gamble Prestige Products, Gucci’s licensee, describes the new fragrance as a stand-alone blockbuster line that aims to nearly double Gucci by Gucci Pour Homme’s business in the next 12 to 24 months. Although company executives would not discuss figures, industry sources estimated Gucci by Gucci Pour Homme’s first-year retail sales at $150 million to $180 million.

“We’re calling it a ‘blockbuster’ as it has all the elements to be a major winning proposition with consumers all around the world,” said Luigi Feola, vice president of Procter & Gamble Prestige Products. “It builds on the proven, huge global success of the original Gucci by Gucci male line, which delivered beyond our expectations.”

The new scent, which was composed via a collaboration involving Giannini, the Procter & Gamble Prestige Products fragrance creation team and fragrance supplier Givaudan, opens with aromatic, zesty notes of grapefruit, mandarin and cypress. Warmer aspects such as juniper berries, fig and cardamom make up the heart of the fragrance, which is anchored by heavier masculine tones of vetiver, patchouli and ambrette seeds.

“We created a light body with a lot of citrus notes — capturing the healthy, active aspects of the Gucci man’s lifestyle,” said Giannini.

The scent was introduced this month in Gucci stores ahead of a global launch slated to begin in April and set to reach 18,000 doors worldwide. In May, there will be a limited exclusivity period in selected key retailers like Mazzolari in Italy, Gum in Russia and Palacio de Hierro in Mexico.

The fragrance’s packaging is characterized by Gucci’s iconic signature red and green stripes on a glossy white background that emphasizes the scent’s clean appeal. The classic glass bottle is consistent with the original Gucci by Gucci Pour Homme fragrance, distinguished by a vibrant green hue.

House favorite, actor James Franco, will front the new scent. The face of the existing male Gucci fragrance, Franco spoofed his own commercial for Gucci by Gucci Pour Homme in a tongue-in-cheek viral video that did the Internet rounds at the end of last year.

“James Franco is perfect for this fragrance and perfect for Gucci,” said Giannini. “He personifies the sort of nonchalance and unforced appeal that is most attractive in a man. While in the advertising campaign, he captures the fragrance’s casual, modern and masculine air.”

A new print campaign for Gucci by Gucci Sport Pour Homme was photographed by Inez van Lamsweerde and Vinoodh Matadin in Cannes, France, and captures a toned Franco — complete with wet T-shirt — climbing out of the sea after what appears to be an energetic swim.