The scent’s age target, early-20s women, is a departure from the brand’s most recent scent, Seductive, which was intended for women in their late 20s. 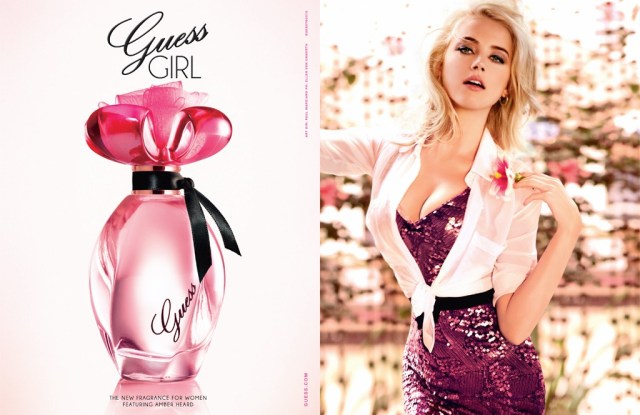 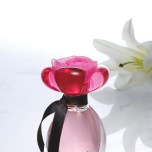 The Guess fragrance franchise will gain a sassy new addition in February: Guess Girl, aimed at an early-20s woman.

“We were inspired by the 30th anniversary of Guess for this fourth launch with the brand,” said Steve Mormoris, senior vice president of global marketing for Coty Beauty. “We wanted to create something that captured the fashion brand’s sex appeal and youthful spirit.”

The scent’s age target, he noted, is a departure from the brand’s most recent scent, Seductive, which was intended for women in their late 20s.

The juice, a fruity floral concocted by Laurent Le Guernec of International Flavors & Fragrances, has top notes of raspberry nectar, melon and bergamot mist; a heart of Brazilian Paradise orchid, Provence acacia flower and lily, and a drydown of Australian sandalwood and Madagascar vanilla.

While executives declined comment on sales projections, industry sources estimated that the new scent could do $25 million in net sales globally.

The ad campaign, which breaks in February fashion, beauty and lifestyle magazines, was helmed by Guess creative director Paul Marciano and shot by Ellen von Unwerth. It features Amber Heard, who in the print ad is clad in a formfitting pink sequin Guess dress with a crisp white shirt over it. “For Guess, we love models who are reminiscent of Hollywood glamour girls like Sophia Loren and Marilyn Monroe,” Mormoris said.

A TV campaign with a beach theme is also planned, said Mormoris, as is a comprehensive digital campaign being developed in partnership with Guess Inc. “We’ll tap into their digital assets, which include three million Twitter followers and a substantial audience on Facebook,” he added. “It’s a great way to reach the younger consumer we’re aiming for.”

“This fragrance encapsulates the brand’s 30 years of bringing the sexiest women in fashion to the world via the campaign imagery,” said Frank Rescigna, president of licensing worldwide for Guess Inc. “Sight and smell are the two most powerful senses, and Guess has tapped into both. Visually, Paul Marciano’s campaign imagery has made the Guess Girl instantly recognizable. Now, through a great partnership, Coty will provide that same recognition with the Guess Girl scent.”