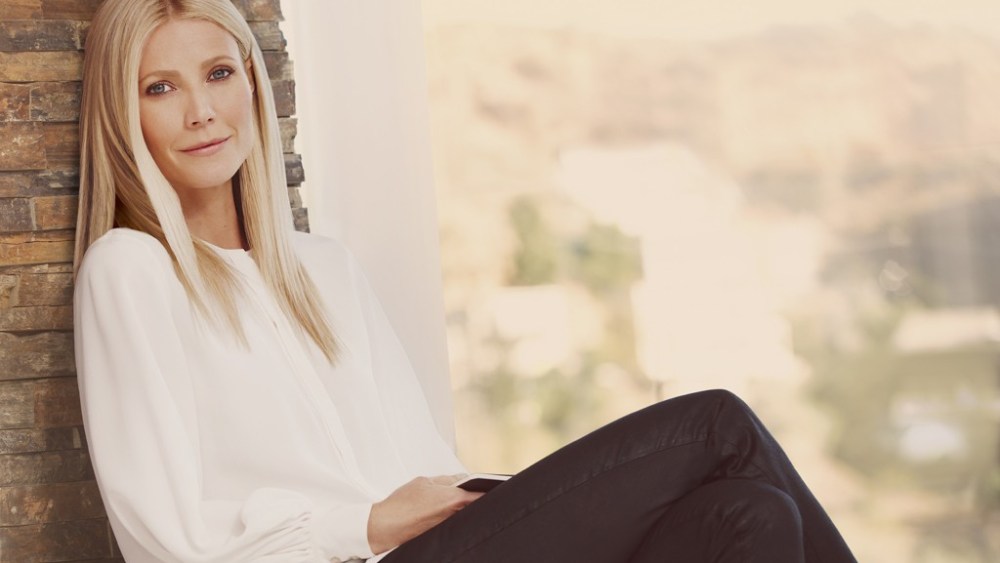 LONDON — Hugo Boss is adding day to night with the addition of a new fragrance, Boss Jour Pour Femme, designed to complement its Boss Nuit Pour Femme scent — and Gwyneth Paltrow is back as the face of the new offering.

The floral-fruity scent has top notes of grapefruit flower and lime, a heart of freesia, lily of the valley and honeysuckle, and white birch and creamy amber at its base.

P&G Prestige, which holds the license for Hugo Boss fragrances, had in mind a successful, multifaceted woman when they created both of the scents. A woman like Paltrow, who manages to balance career and family with all the commitments of modern life. “Gwyneth Paltrow embodies hard work, femininity and sophistication,” said Carla Luini, vice president of fashion brands for P&G Prestige. “She is a woman that has so many different roles, each and every day. From being an actor to being a mother, a writer, a businesswoman…”

For her part, Paltrow said, “I have had a really good experience working for Boss, and I always say this, but it really is such a perfect job when you have kids.

“I can only really do one film a year now because of my family and how it all works out, so it’s so nice for me to be able to work for a great company and, you know, I’m going to Spain next week for two days so I still get to travel and meet really interesting people and have a work interaction. But it’s not like I am out of the house for three months,” added Paltrow at the Mandarin Oriental Hotel here ahead of the official launch in Valencia, Spain, this week.

Paltrow added that she is something of a collector of fragrances. “I am one of those people who have a whole closet full of perfume. I love it; I have always loved it and have always had a wardrobe full of scent,” she said, admitting to having at least a hundred in her possession.

“I think that Jour is the perfect name for it — it’s very uplifting,” she said of the new scent. And uplifting may be just what she needs given her regular morning routine. “I wake up at 7 a.m., I get [the kids] fed, and I get them dressed in their uniforms, any bits of homework are finished,” Paltrow explained. “I take them to school. She [Apple, now 9] gets dropped off at 8:25 a.m., and he [Moses, now 7] gets dropped off at 8:45 a.m., so we have a croissant together in his school dining room and we do reading together. Then I go home and I work for one hour on all the e-mails that come in overnight from L.A. Then I exercise from about 10 a.m. to 12 p.m. Then I work on Goop [the digital media and e-commerce company she founded] pretty much the rest of the day until I pick up my kids and then they have various activities.”

The fragrance was created by the P&G Prestige Fragrance Creation Team in collaboration with International Flavors & Fragrances, while the packaging, designed along the same sleek lines as Boss Nuit, echoes the notion of light — a clean white bottle with a golden band at its neck and a light-catching clear plastic cap.

An exclusive launch at World Duty Free from May 15 precludes the full global rollout, which will start on July 15 in the Netherlands, Belgium and Luxembourg, followed by the U.K. on July 24 and further global markets over the next six months. China will launch in April 2014. It will be stocked in around 21,000 doors globally, in line with Boss Nuit.

P&G Prestige declined to comment on sales predictions, but industry sources say it can expect to make 200 million euros, or about $261.7 million at current exchange, during its first year on the counter.

Guy Aroch photographed the print campaign, while the TV commercial was shot by director Jordan Scott, daughter of Ridley Scott.