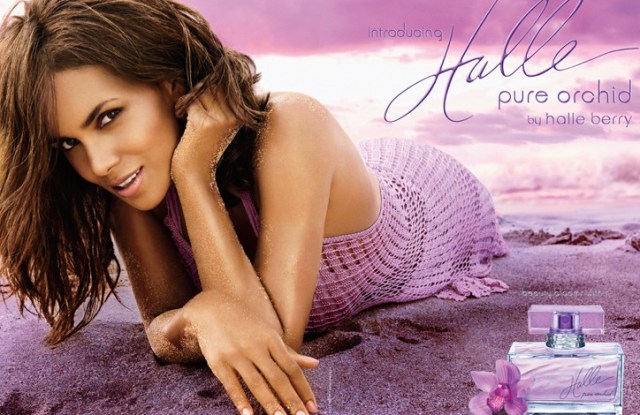 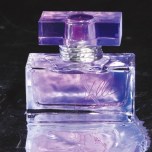 “Pure Orchid feels like a natural extension of my first fragrance and it’s a welcomed next step in my relationship with Coty,” Berry told WWD. “The new fragrance allowed me another opportunity to create a scent that is reflective of who I am and in doing so I’m able to offer the consumer something a bit different as I move into my second year with Coty.”

Stephen Mormoris, senior vice president, global marketing, at Coty Beauty, a division of Coty Inc., noted that Berry’s eponymous first scent — which was launched in March 2009 — spent six months as one of the top three women’s mass fragrances and continues to sell well. “It’s clear that Halle can market and be credible as a creator of fragrances,” he said. “She has a very broad appeal among consumers; we’re told by our retailers that her fragrances have a quick sell-through. She is both beautiful and accessible, which lends to her appeal.”

Mormoris, however, does take exception with the notion that celebrity fragrances are dead. “Celebrity fragrances are not dead,” he said. “The celebrities may change, but identification and fantasy are alive and well.” The key, he insists, is working closely with the celebrity to create a believable project, and then delivering a high-quality juice and marketing campaign. “Our mission has always been to raise the quality, so celebrity scents aren’t seen as a cheaper alternative to a fashion fragrance,” he said.

“The original Halle Berry scent was more of a gourmet juice,” said Mormoris. “Pure Orchid is more of a voluptuous floral experience.”

The Pure Orchid bottle, designed by Jane Tarallo, is a reimagined version of the original Halle bottle, a heavy glass rectangle with waves intended to evoke the flow of ocean waves. Pure Orchid’s bottle is rendered in purple and silver, while the original’s was in amber and rose gold hues.

Pure Orchid will be available in about 16,000 midtier and mass market doors in the U.S. in February. It will be launched in South America simultaneously, with Europe and Australia to get the fragrance in March.

Print advertising is intended to break in February fashion, beauty and lifestyle magazines. A large sampling program, including scented strips and in-store sampling — with a target of 50 million scented impressions — is planned. While Mormoris declined to discuss the advertising and promotional budget for Pure Orchid, industry sources estimated that Coty would spend about $4.5 million on the campaign.

In addition to her fragrances and her spokesmodel contract with Revlon, Berry’s day job, acting, is also keeping her quite busy. She is in post-production with “Frankie and Alice,” about a woman who suffers from multiple personality disorder. Berry plays the title role, as well as producing the film, which co-stars Stellan Skarsgård and Chandra Wilson.

Back in October 2008, a few weeks before she began filming the project, Berry said, “The reason for producing is [that] trying to find great roles for women is often really, really hard, and I’m discovering you have to make these things happen for yourself. I’ve owned this property for 10 years — that’s how long it’s taken to get it done. It’s a great role for a woman — a great, full character to play.”

Berry now hopes to release the film this spring. She’s in development with two other projects: “Tulia,” in which she plays a Texas lawyer working on behalf of a group of local African-American men who are wrongly convicted of involvement in a drug ring, and “Class Act,” a story about a Nevada teacher who enlists the help of her sixth-grade students in her Congressional campaign. All three roles are based on true stories.

She will also present at the 67th Annual Golden Globes, which will be held Sunday in Los Angeles.