The eau de parfum is described as a light floral and was composed by Givaudan. 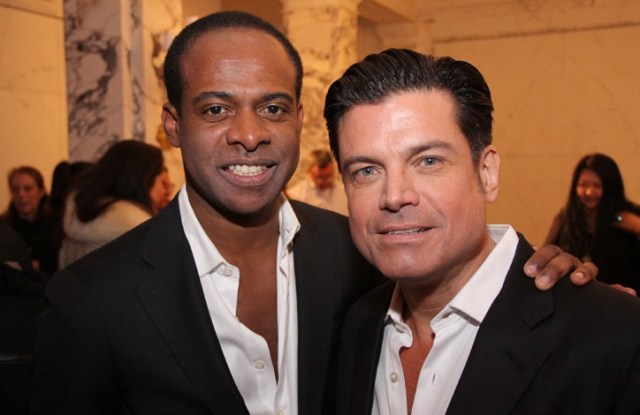 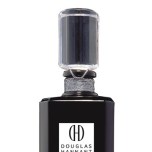 NEW YORK — Douglas Hannant has launched his first fragrance, a signature women’s scent developed along with Robert Piguet Parfums, in a move that executives said may put a charge into both businesses.

“This is a milestone in every designer’s career, to have a fragrance,” Hannant said.

The eau de parfum is described as a light floral and was composed by Givaudan.

The fragrance and fashion houses threw a soiree hosted by Geoffrey Bradfield at the Payne Whitney Mansion Thursday to mark the launch of Douglas Hannant de Robert Piguet. The scent went into Saks Fifth Avenue this past week, according to Joseph Garces, president and chief executive officer of Robert Piguet Parfums, Hannant’s licensee.

“We wanted to add a new dimension to the Piguet line,” he said, noting that in recent years, the brand has gone back to its archives to relaunch scents and currently has seven fragrances on the market. “He has a specific [niche] clientele like we do.”

The methods in which both businesses are run are “parallel,” according to Garces. “We have created a bond with our partnership.”

When asked why the house of Hannant launched a scent, president Frederick Anderson replied, “It’s time for us to start expanding out from that [niche] base. We’ve been building the company into more of a lifestyle brand.”

Anderson noted Hannant will be launching lingerie and sportswear this fall, collections that are to make their debut in spring 2012. Hannant was approached to do a scent a few years ago but Anderson said it wasn’t the right time. It took about 10 months to develop Douglas Hannant de Robert Piguet, with Hannant exchanging rounds of individual compositions with Givaudan’s facilities in France.

Aside from Saks, the fragrance is to initially enter 15 Neiman Marcus stores. The scent is expected to be in 100 doors in the U.S. by year-end, Garces said.

In June, the fragrance is scheduled to be introduced in Europe, first at Harvey Nichols, where it is to take a spot in the store’s windows. A rollout to the Middle East is slated for 2012.

Industry sources speculated the scent could generate upward of $10 million in retail sales in its first two years on the market.

Piguet perfumes are distributed to about 900 doors in the U.S. and the perhaps best known two are Fracas and Bandit. Hannant’s fashion house has been in operation since 1997.