A New Collection for Hugo Boss

The P&G Prestige division has retailored its strategy for Boss with plans to reenter the U.S. fragrance market. 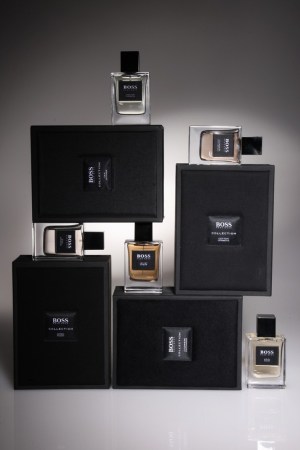 BERLIN — Meet the new Boss, all suited up for success and smelling like a billion bucks. At least that’s the hope at the P&G Prestige division of Procter & Gamble.

The Cincinnati-based consumer products giant has retailored its strategy for Boss with plans to reenter the U.S. market as if for the very first time.

Hugo Boss fragrances have been powerful performers for years in Europe, especially in its home turf of Germany, but license holder P&G believes most American shoppers know Boss as a fashion — not a fragrance — brand. “It’s the next big untapped opportunity for us,” said Don Loftus, president and chief operating officer of P&G Prestige U.S., who anticipates slow but steady and significant growth.

P&G’s global fragrance volume is estimated by industry sources to be at least $4 billion in retail sales; the target is to make Hugo Boss the company’s next billion-dollar brand. According to sources, Boss is now in a neck-and-neck race for that honor with Dolce & Gabbana fragrances and SK-II skin care.

For Hugo Boss, P&G has carefully woven its own take on luxury with Boss The Collection. The five scents are in fall roll-out mode at a handful of high-end retailers, including Berlin’s KaDeWe, Milan’s La Rinascente and El Corte Inglés Serrano in Madrid, after spring releases at Heinemann Travel Value/Duty Free in Frankfurt Airport, Harrods in London and Paris Gallery in Dubai. The eaux de toilette, 50 ml. for 110 euros, (priced at $140 in the U.S.), take their inspiration from fine fabrics paired with classic perfume notes — Cotton-Verbena, Silk-Jasmine, Wool-Musk, Velvet-Amber and Cashmere-Patchouli. Display stands incorporate swatches and scents, and sales staff are on hand to explain the finer details of the concept.

“We really brought the fragrance and the fashion together as a megabrand, which illustrates the scale and the potential of Hugo Boss,” explained Bill Brace, P&G Prestige vice president. Boss The Collection aims to appeal to the man who is a discerning curator of cuff links, a veritable titan of ties. Niche-knowledgeable, he might lean toward Creed, Tom Ford, Bond No. 9, or other collections of luxe scents. To add to the exclusive effect, each bottle comes swathed in a drawstring pouch of the coordinating textile and encased in a fabric-adorned slipcase, almost an accessory in its own right.

In the U.S., the scents will launch solely at four Nordstrom doors on Nov. 25, and on the department store’s Web site. Presentation and sales will be mainly in the men’s fashion and suiting section of stores, with outposts in the fragrance department. Loftus concedes the average American male might not have the sophistication to appreciate the fine pairing of scents and suiting, but Boss-buying executives in the cities will. “If nothing else, they’ll at least think it’s cool,” he laughed. And at least double the cost of other Hugo Boss scents, Boss The Collection also appears aspirational. While The Collection may not become a chart-topper in terms of sales, Brace said it will elevate the brand into the luxury realm, and a halo effect from its launch could help drive shoppers to other Boss scents. In order to go big and move forward with the Hugo Boss brand in the U.S., P&G pulled back and regrouped.

Starting last fall, scents were removed from wider distribution in the U.S., departing retailers such as Macy’s, Dillard’s and Belk. Boss will probably reenter department stores in about two years, said Loftus.

Boss Bottled, the brand’s most valuable player and workhorse — with an estimated 60 million bottles sold since its 1998 launch — bowed at Nordstrom doors and online Thursday along with its flanker, Boss Bottled Night. The second scent is credited with growing the Bottled franchise by 60 percent when it was launched in 2010. Sephora offers a small selection of Hugo Boss men’s fragrances, and will later likely add recent European favorites Boss Orange for men and women, and the newly launched Hugo Just Different, fronted by actor-musician-provocateur Jared Leto. It is a spin on the classic Hugo fragrance and is slated by industry sources to bring in an estimated $200 million retail sales in its first year.

Just as Boss The Collection brings P&G Prestige’s fragrance offerings into the material world with a literal tie to the very fiber of the fashion house, a strong thread between the two companies has been key for growth, maintains Brace. For his part, Jan Loewen, license director at Hugo Boss, admits the intensive connection “sometimes leads to the fact that we have to discuss longer, but at the end of the day, the decisions are better and we avoid misleading activities or clashing messages.” Referencing the spring Hugo Just Different launch, Loewen said teams from Hugo Boss and P&G Prestige met about every two weeks for almost two years to work on the project, which includes an interactive video campaign.