Over the last two years, the chain has had an explosion of growth, opening in malls, airports and street fronts. 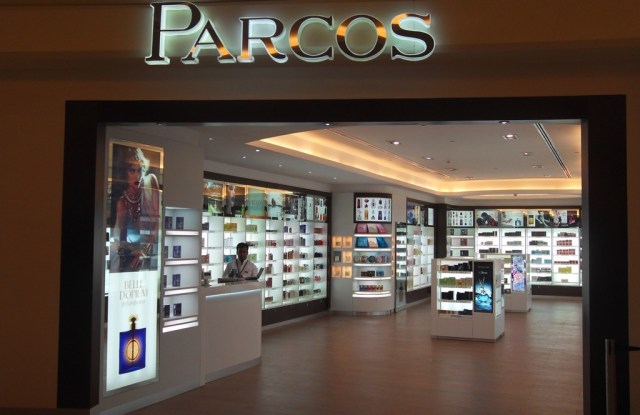 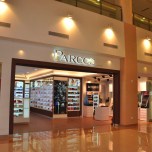 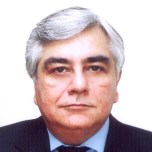 MUMBAI, India — Parcos is a perfumery chain that has had the impact of a stealth bomber on the Indian beauty scene.

Parcos quietly established a foothold, maintaining only two outlets for years — one store that opened in Mumbai in 2000 and the other in Bangalore in 2002. The perfumery had an immediate advantage in being owned by Baccarose, which has long been a major distributor in India. Baccarose owns a huge chunk of premium brands, including Clarins, Elizabeth Arden, Shiseido, Burberry, Guerlain and Escada.

Now, over the last two years, Parcos has had an explosion of growth, opening in malls, airports and street fronts. More than 10 stores have opened this year alone, bringing the count up to 25 stand-alone units. They plan to have 30 running by the yearend.

Growing under the shadow of failures of most other attempts at creating perfumery chains in India (including Cosmos and Chalhoub’s Faces) and now with the impending entry of Sephora here, Parcos has the beauty industry abuzz. Not only is it growing its initial concept of premium fragrances, but over the last few months it has been going through a new age of experimentation and planning in both format and concept.

Hemansu Kotecha, managing director of Baccarose, rarely speaks about his extensive brand representation or the fact that his company accounts for more than 50 percent of the premium beauty business, commanding the bulk of beauty retail space in department stores across India. In an exclusive interview with WWD, he talked about the role of perfumeries in India and why failure is not an option. In his view, the beauty industry in India can handle more change.

“I don’t think that the previous perfumeries failed because of the people who did it or the way they did it,” he said. “I don’t think the timing when they opened was right — maybe they were too early and it was the way India was developing. Now the beauty markets have changed and grown; it is a time when more players are going to be there in this market. It can no longer be only a department store market.”

The growth doesn’t seem to be tempered with fear, despite the virgin space and the looming change with a possible liberalization of rules on foreign direct investment (FDI). At this time, FDI in multibrand-retail concepts is not allowed, and FDI for single-brand retail concepts has only been allowed with 30 percent sourcing made from within India or in collaboration with an Indian partner. “Once this changes, there will be many more players coming in. Everybody will survive, mind you,” he said.

“I think in terms of overall retail everyone started realizing that beauty is an important category,” Kotecha observed. “Earlier it was only fashion. So we decided that we need a perfumery kind of outlet. We realized that we have the brands to do it and wanted to bring not just these, but all the competition brands together.As we get the right locations, we keep on expanding. I think the market is developing and today consumers are looking for an alternative.”

A typical Parcos store has between 40 and 60 brands, depending on the size. A fragrance-only store might have 1,300 square feet; the chain’s smallest unit, in the Mumbai airport, is 250 square feet. Over the last month, four new concept Parcos stores have opened. One is located at New Delhi airport, with midpriced color cosmetics brands, including Max Factor, Bourjois and Chambor, and the newly launched Rimmel and re-launched Sally Hansen. Another concept is a more rarefied one in Bangalore’s new MG One mall with three skin-care brands plus fragrance. Then there’s an even more comprehensive model at Infiniti mall, Malad, Mumbai, with skin care, color, fragrance and everything else. The Mumbai store opened two weeks ago, and is one of the largest Parcos formats yet, with about 3,000 square feet, and includes brands such as Clarins, Shiseido, Elizabeth Arden, Molton Brown and Guerlain.

It’s not just a onetime effort either: Kotecha is clear that the way forward is with a wider offering for the customer. “Wherever possible, space permitting, we will do color, or more. A lot depends on getting the right locations in the size that is needed, which means bigger sizes. That is a challenge, given that there is no space in many of the existing malls that are already doing well, and new malls take time to mature and establish footfall,” he observed.

Another first has been the availability of this high-end collection of fragrances at domestic airports with Parcos stores opening in both departure as well as arrival areas. Well-stocked testers and wall units left open for experimentation without the surfeit of beauty advisers that throng customers at department stores are also a new formula. “We realized that a shopper in India has some problems,” Kotecha explained. “They largely go to malls only on the weekend. There is traffic to get there, issues about car parking — all that hassle. That’s where the airport shops have played a big part. People are traveling a lot and we found that many people who shop abroad are often shoppers at airports as well. But it’s not an easy business, as airports have huge rents.” Lately, airport shoppers have been asking for more skin care, he said.

Kotecha is quick to react to feedback. The newer Parcos stores are better designed, better lit, and some have introduced music and LCD screens as well. The stores, which were calm and quiet, will now introduce music across the chain, he said.

Beauty sales in malls have been growing throughout the country, although Kotecha seems less than satisfied. “I think it was because we were expecting a boom. It’s been growing but not the kind of growth we expected. But it’s coming. There is no doubt about that. The biggest challenge is how to get people to use more color, more skin care, more fragrance — that is the key,” he said.

As premium brands have struggled with the growing retail scene in India, complaining about the adjacencies for their products at malls, Parcos has given them a new format, one that they’re taking to with enthusiasm. Top sellers at Parcos include Armani, Calvin Klein, Davidoff, Issey Miyake, Burberry and Gucci — “in line with global tastes,” Kotecha commented.

As the sensibilities of customers continue to evolve, with the more sophisticated environs of Parcos, there is a sense of change and challenge in the industry. What will happen to local beauty stores and perfumeries, like Parcos, when Sephora enters in India? The exact date is not yet known, but it’s likely to be in the next six months, according to industry reports. Would it ruin the field for Parcos? “No,” said Kotecha, in his habitually calmly confident manner. “The field is open. We are not really doing similar concepts. Their stores are much bigger, at 3,000 to 4,000 square feet and with a full range. I think that Sephora entering India will be good for the industry. Our idea is not just to grow the business but also to grow the industry. That has been my dream — to participate in building this growth story. That’s what we’ve been able to achieve in the last few years. It’s a fantastic opportunity.”