Estee Lauder is trying something completely different with its new women's fragrance, Sensuous. Instead of producing yet another floral, the brand is... 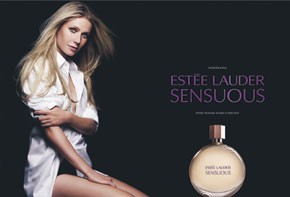 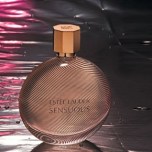 Estée Lauder is trying something completely different with its new women’s fragrance, Sensuous. Instead of producing yet another floral, the brand is venturing onto a new olfactive turf with a woody amber scent set to launch in July. And hopes are high with first-year retail sales estimates running upward of $50 million for North America. Once the fragrance is rolled out internationally, the global total could slightly more than double the U.S. figure.

Estée Lauder is looking to a new olfactive family to boost its fragrance fortunes.

Unlike many past Lauder fragrances, Sensuous — a new scent the brand will launch in July — strays from the brand’s traditional floral mode, moving the brand’s sizable scent business into the woody amber family. None of the executives would comment on sales projections, although industry sources estimated that Sensuous could do upward of $50 million at retail in North America in its first year on counter — and estimated that once the fragrance is in global distribution next year, it could slightly more than double that number. That level of success could pump adrenaline into a fragrance industry that has been suffering for the past few years.

“We’re trending in this rich direction to fill out gaps which exist in the Lauder fragrance world,” said Evelyn Lauder, senior corporate vice president of the Estée Lauder Cos. Inc. “When we started life in the fragrance business, it was with a rich amber oriental [Youth Dew]. Then we went sporty with Aliage, and got deeply into florals with Beautiful. We’ve had a great deal of success over the years with florals, but we believe that this new olfactive area — woody amber — will make Sensuous a global hit.”

John Demsey, one of the group presidents of the Estée Lauder Cos. Inc., who heads the Lauder brand, emphasized, “Estée Lauder is heavily penetrated in the floral category. A new entry in woods allows us to expand our portfolio and reach out to a new customer. Woods are a growing category in North America and an important opportunity in Europe.” When asked what rub-off effect the launch may have on the rest of the brand, he added that it “is an evolution of the brand’s core aspirational position – beauty and sensuality at any age. It’s an important part of the strategy we’ve been implementing for the last two to three years.”

Turning to Lauder’s other fragrances, Demsey said, “In 2007, Beautiful was the number one fragrance. Year to date 2008, the Beautiful core fragrance in North America is up 3.5 percent, Pleasures’ core is up 1 percent and the Pleasures’ franchise is up 7 percent.”

“This is a new lane for us and an opportunity to reach not only our existing customers, but also new ones who may not be big floral fans,” added Thia Breen, president of Estée Lauder Worldwide. Elana Drell-Szyfer, senior vice president of global marketing for Estée Lauder,said, “Sensuous, while being representative of the brand, is very different from other scents we’ve done.”

Developed by Karyn Khoury, senior vice president of corporate fragrance development worldwide for Estée Lauder, and Evelyn Lauder, in cooperation with Firmenich’s Annie Buzantian, Sensuous has top notes of ghost lily accord, magnolia and jasmine petals; a heart of molten woods and amber, and a drydown of sandalwood, black pepper, juicy mandarin pulp and honey.

Added Khoury, “We wanted to reinvent woods for women — the concept was to create a scent that evoked a molten river of woods. We felt that we had a real opportunity to broaden our reach with this fragrance.”

National advertising, shot by Craig McDean, features Lauder’s four spokesmodels — Gwyneth Paltrow, Elizabeth Hurley, Carolyn Murphy and Hilary Rhoda — each in various stages of undress with a white button-down shirt. “A white shirt is iconic all over the world,” said Aerin Lauder, senior vice president and creative director of Estée Lauder, who created the campaign with Doug Lloyd of Lloyd & Co. “And since we believe this fragrance will have wide age appeal, it made sense to use all four of our spokesmodels, who are in their 20s, 30s and 40s. It embodies the idea of beauty at every age.” Also, it is the first time that Rhoda has appeared in fragrance advertising for Lauder, she added.

Added Breen, “Hilary’s idea of sensuous is different from Elizabeth’s or Gwyneth’s or Carolyn’s, and vice versa. This campaign shows that clearly.”

The tag line is “Estée Lauder Sensuous. Every Woman Wears It Her Way.” The campaign will begin running in September fashion, beauty and lifestyle magazines, said Drell-Szyfer. Outdoor advertising and an Internet campaign will also be part of the marketing arsenal, she said.

The heavy glass bottle with waves, also designed by Lloyd & Co., has a rose-gold cap and the fragrance name in rich purple. Purple was chosen for many reasons, including the fact that “we wanted a color that would work with all of the rest of our fragrances,” said Aerin Lauder.

Sensuous will be sold in about 2,100 North American department and specialty store doors. It will also launch in the United Kingdom, New Zealand, South Africa, Australia and Russia in July; additional countries — including those in continental Europe and Asia — are expected to get the scent in 2009.

While none of the executives would discuss advertising spending, industry sources estimated that about $20 million would be spent on advertising and promotion in North America in the fragrance’s first year on counter.