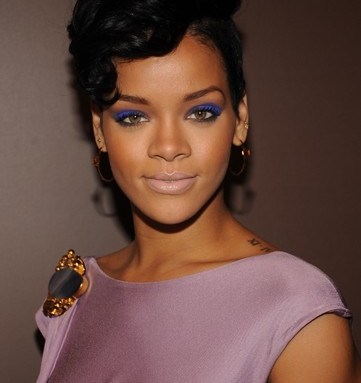 In one of the most unusual deals in the glitzy annals of celebrity licensing, Shawn “Jay-Z” Carter, Rihanna and Kanye West are entering into a relationship with Parlux Fragrances Inc. that departs dramatically from the licensing norm.

The hip-hop stars, along with an unidentified “well established” female artist, are becoming partners with the Fort Lauderdale, Fla.-based firm through a deal with Iconic Fragrances LLC, a firm in which Jay-Z is a major principal and Rihanna and West are licensees.

Instead of receiving cash from licensing royalties, the stars will get royalties and profit sharing in the fragrance brands they launch. But most of the payoff will be through warrants to buy Parlux stock.

Neil Katz, chairman and chief executive officer of Parlux, said: “Jay-Z is betting these four celebrities are going to have a significant effect on the company, not only in sales but in profits and therefore in the share price.”

The deals have already been signed with Rihanna and West, Katz said. Through Iconic, the stars will receive four million warrants to buy Parlux stock at $5 a share. Shares closed Tuesday at 90 cents, up 5 cents, or 5.9 percent, and have traded from a 52-week low of 59 cents, reached on March 4, to a high of $7.15, reached Aug. 28, in the past year.

The second pair of celebrities, Jay-Z and the unidentified female star, are expected to sign after the Parlux stockholders have authorized the deal, since a much greater number of warrants will be needed for Jay-Z and the other celebrity.

Asked if the fourth star is Jay-Z’s wife, Beyoncé, Katz dismissed the question.

He underscored the unusual nature of the deal by saying, “What they have done is, for the first time, they’ve calculated not how much they can sell but what they can make in profits and how the company can succeed.”

The company plans on launching Rihanna and Kanye West fragrances in the summer of 2010 and expects to introduce more fragrances by Jay-Z and the fourth celebrity the following year, Katz said.

More details on the latest deal are expected today when Parlux sponsors a conference call to discuss the deal and preliminary results for the fourth quarter ended March 31. Through the first three quarters of its fiscal year, Parlux sustained a net loss of $5.8 million, or 28 cents a diluted share, versus net income of $2.1 million, or 10 cents, in the comparable prior-year period. Net sales increased 8.6 percent to $123 million.

When third-quarter results were released in February, Katz said he expected a profitable fourth quarter, “assuming no further major deterioration in the global economy.”

Katz acknowledged the impact of economic conditions — and its effect on Parlux’s stock — in his announcement Tuesday.

“We are conscious of the general economic conditions that have unfairly affected the value of our shares for our shareholders,” he said. “However, we believe this proactive investment by Jay-Z, Rihanna and Kanye West is an indication to the marketplace of the underlying value of Parlux.”