The set of eight fragrances includes a scent that Malone has dubbed as the most ‘diverse and daring’ fragrance she’s ever created.

LONDON — The perfumer Jo Malone has sniffed out another great opportunity in her long fragrance career, this time in the form of a long–term partnership with Zara, a first of its kind for the two. Malone has created a global fragrance collection of eight scents dubbed Zara Emotions Collection by Jo Loves, which launches Nov. 15.

“The deal was struck very quickly, there was no backward and forward,” said Malone in an interview with WWD. According to the perfumer, it was a no-brainer to work with Zara, a brand that Malone herself shops at and loves.

“I shop there and I’m probably there three to four times a week. They are a global brand that is probably one of the best in the world. I walked through hundreds of Zara stores and could really see that the consumers love shopping at Zara, and that’s a brand that I want to work with,” she said, adding that she sees the partnership as a way of investing in herself.

To speak to Zara’s global audience, Malone spent eight months traveling the world from the Middle East to China and Hong Kong to understand how to bring her fragrances to different markets. 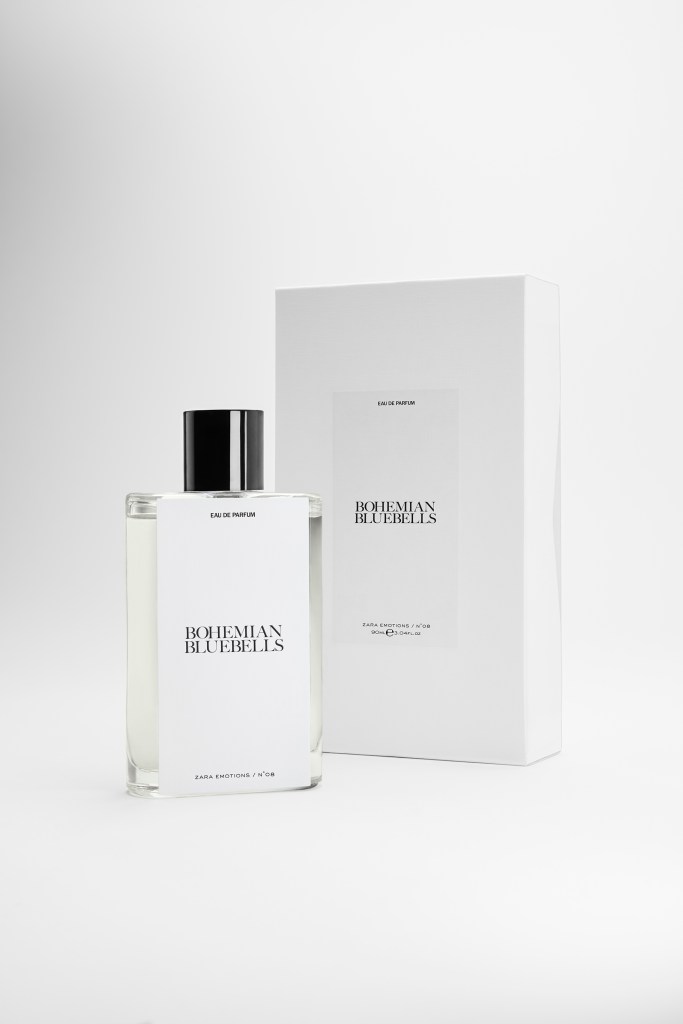 The partnership has also allowed Malone to experiment with new things. One of her favorite fragrances in the collection is Bohemian Bluebells, which she claims is one of the most diverse and daring fragrances she’s made in 35 years.

“It’s so different than anything I have ever created and I strongly suspect it’s going to be on the top three straight away. We went through hundreds of submissions but when I smelt this one, I kept going back to it, it has lavender in it, which you have to be careful with because it can be a very old smell, but I wrapped it in a smoky hyacinth,” she said, adding that it’s nothing that she’s ever smelt before.

To incorporate Zara’s identity into the collection, Malone took inspiration from the retailer’s campaign images and new collection. The scent Vetiver Pamplemousse is a white cotton shirt that can be worn every day and layered, Fleur d’Oranger is a gold sequined, statement-making dress, while Amalfi Sunray are printed, flowy shirts and dresses.

“This partnership has added to my life and the way I think about fragrances. It’s challenged me because they retail at around 26 euros and so I had to look at how I create them in a very different way,” she said.

Like many of her previous creations, these fragrances can be worn alone or mixed together and this is reflected in the packaging. Contained in a white paper box with a quote by the perfumer, it’s meant to look like a row of books when put together encouraging the customer to collect the full library of scents. The collection will be merchandised alongside the rest of Zara’s fragrances in store.

“Over the past nine years, we’ve been redefining our fragrance business model and this partnership is a step forward in that direction for us. We love Jo’s work and her ability to tell stories through scents,” said Eva López, head of Zara Cosmetics.

Next year, the retailer will be celebrating its 20th anniversary of Zara fragrance category alongside another set of fragrances under this collaboration.

“This is the beginning of a long-term relationship with Jo Malone CBE; we will incorporate further markets progressively. Next year, we will complete the collection by adding candles and the amazing paintbrush, which Jo has developed under her new brand,” said López.