Jo Malone London is primed to hit $1 billion in retail sales for the first time, with year-over-year growth nearing 40 percent. 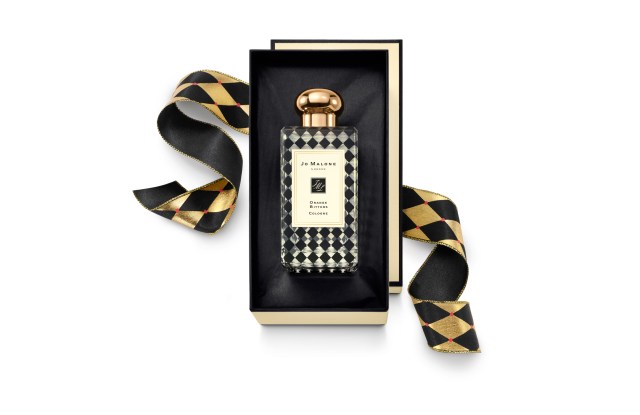 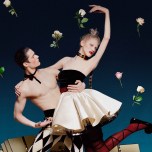 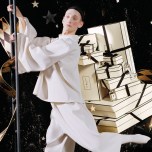 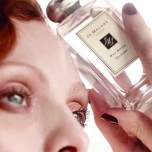 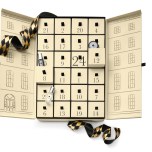 Jo Malone London is banking on its British heritage to build the next billion-dollar fragrance house.

The U.K. might be synonymous with Burberry’s trenchcoats and iconic plaid print, but as far as an exporter of top fragrances goes — not so much. But Jo Malone London decided to use this to its advantage, and once the brand buckled down and embraced the one thing that set it apart from nearly every other competitor in the space — its British roots — the growth followed suit.

Today, Jo Malone London is the fastest-growing brand in the Estée Lauder Cos. Inc. portfolio. The brand is primed to hit $1 billion in retail sales in 2016 for the first time, according to estimates by industry sources, with year-over-year growth nearing 40 percent. That is a slightly higher rate than that of Tom Ford Beauty. The business is said to be doubling in size every three years. This includes 650 points of global distribution, including a direct-to-consumer business consisting of 150 freestanding doors and sales from jomalone.com. By next fiscal year, total points of distribution are expected to reach 800, with freestanding doors increasing to 200.

This uptick in sales was the confluence of several factors, John Demsey, executive group president at the Estée Lauder Cos., said during an interview last week, starting with the doubling down on the Jo Malone London retail concept and running with its “Britishness.”

He maintained that “it [the brand] was motoring along nicely” based on the original concept that Jo Malone created in the mid-Nineties (Malone herself parted ways with the brand in 2006, seven years after it was acquired by Lauder), but an aggressive brand acceleration picked up about eight years ago. The company started to build a stronger retail network of freestanding stores, starting in the U.K., as well as “The House of Jo Malone,” which was brought to life with a London town house that became the creative epicenter of the brand.

Additionally, James Gager, longtime creative director of MAC Cosmetics, was brought on to oversee the creative team at Jo Malone six years ago, when global distribution started to really ramp up. This started with continental Europe, the Middle East, and then what Demsey called “probably one of the most pivotal moves” for the company to date: when the brand entered South Korea in 2012 and China in 2014.

He noted that although Jo Malone had recognition in Hong Kong for some time (the brand entered Japan in 2008), going into mainland China, Japan and South Korea was a greater risk because these areas have traditionally never been strong fragrance markets. Today, Jo Malone is in 11 Asia-Pacific markets, and according to Demsey, ranks within the top three fragrance brands in each one.

Jean-Guillame Trottier, global brand president of Jo Malone London, contended that the brand has not been positioned differently in China than it is in any existing markets. Pushing the ingredient story is a priority, as is the gift-buying element (globally, gifting comprises 50 percent of all sales).

“I thought bath and body would be super high, but as we we’re arriving in this market, today we’re making more than 70 percent [of sales] with cologne in China,” Trottier said, adding that the global breakdown sees fragrance as driving just over half of all sales. Now, the brand picks blossoms of Asian origin when formulating its Blossom Collection, part of an attempt to be “locally inspired” for global resonance. The same holds true for the Cologne Intense collection that was developed for the Middle East, which is heavy on oud, patchouli and amber.

As far as new markets and retail expansion, Jo Malone London will enter Copenhagen next spring (with potential to open distribution throughout Sweden and Norway), India over the summer and see further penetration in Colombia and Chile. Trottier said freestanding doors in the U.S. will go from 13 — including recent openings in Beverly Hills, Washington, D.C., San Francisco and Houston — to 20 by the end of 2017.

Influencers — British ones, naturally — have been added to the mix, too.

Karen Elson will be the newest and second Jo Malone London Girl alongside Poppy Delevingne, who was inaugurated into the role in the spring of last year. On Oct. 20, Delevingne will host a dinner at the Chateau Marmont in Los Angeles in Elson’s honor.

“It’s a content world,” Demsey said of how the two Jo Malone London Girls fit into the brand’s overall strategy. Comparing fragrance to makeup in terms of content creation — the former is more difficult — Demsey explained that Elson and Delevingne aren’t “not showing the before and afters or creating looks,” but will hopefully engage “like-minded others to come into our house.”

Trottier is hesitant to call the two “ambassadors,” but said the initiative was created as an alternative to having a face for a particular product or the brand overall because “it’s not us.”

What is very Jo Malone London, though, is the notion of fragrance combining that the brand has become known for.

“In the industry, fragrance authority is mostly French. I think nobody thought that a British brand could become a fragrance authority,” Trottier said, pinpointing 2012 as the time when the leadership team began to “push the buttons of the brand.” For him, the goal is not to “do fragrance like Chanel or Dior,” but instead, take unprecedented ingredients and continue to market this idea of fragrance blending, or layering.

“But also what we discovered was to be British as becoming an advantage,” he said, quickly adding, “but not like The Beatles or the Scottish eggs or the stereotypes.”

Embracing Jo Malone London’s British heritage, or “Britishness” as Demsey and Trottier both referred to it, meant putting forth a particular attitude and sophistication that one doesn’t immediately see when they arrive in the U.K., as well as moving the brand’s headquarters to the 7,010-square-foot town house in 2012. Trottier said the majority of those working at the town house are Millennials — and he credited the uptick of “edgy modernity” to this group.

“When the founder leaves you’re in turbulence and looking for what you are,” Trottier continued. “[But this] turbulence allowed us to crystallize what we are.”

And what the 20-year-old company has become, he explained, is a hybrid of a niche and prestige fragrance brand.

“What is niche? Is it size or scent?” Trottier questioned, labeling Jo Malone London as somewhere between the two. While the brand possesses some attributes associated with the artisanal category in terms of taking risks and “behaving differently than a prestige” — meaning no blockbuster launches with multimillion dollar advertising rollouts — the juices are not as polarizing as some niche fragrances tend to be.

“We aren’t surfing on fashion trends,” Trottier said. “I don’t like dust.”