Artisan Acqua is the fifth scent from the designer and the third in his Artisan pillar.

By Julie Naughton and Pete Born on November 7, 2013
View Slideshow 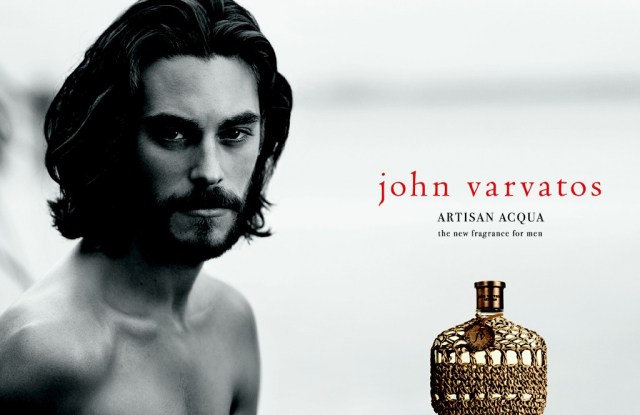 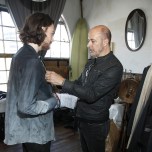 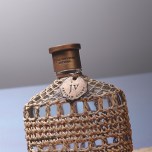 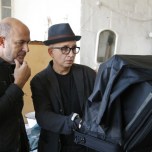 When it comes to fragrances, Artisan is more than just a name on a bottle for John Varvatos. It’s a statement about how he views both his scent portfolio and his apparel business and what he fears may be slipping away from the world of luxury — the timeless practice of handcrafting objects that can embody “special little treasures and hidden details.”

“From the start, we’ve always tried to go back to making fragrances the way they used to be made — all by hand, with the best ingredients in the world, artisanal fragrances with smaller batches,” Varvatos said on the set of the ad shoot for his new men’s fragrance, Artisan Acqua. “If we feel there’s a need and there’s something new to say, we’ll do it,” he added, drawing a sharp contrast with some companies that regularly pump out product to satiate their P&L. “It’s really more ‘Are we missing something? Is there a customer we’re not talking to?’”

Artisan Acqua is the fifth Varvatos scent and the third in his Artisan pillar. The designer’s first signature fragrance bowed in March 2004, followed by Vintage in August 2006, Artisan in March 2009 and Artisan Black in April 2010. As he has done with all of his previous fragrances, the designer collaborated with Rodrigo Flores-Roux, senior perfumer at Givaudan. Varvatos asserts that this highly unusual practice of sticking with one perfumer gives his scents a cohesive point of view. “He’s very intimate with my brand,” said Varvatos. “When we talk about a new fragrance, we start off by saying, ‘What’s the message we want? Where are you dreaming of with this fragrance?’ He’s like a psychiatrist in that regard.”

The Mediterranean-inspired fragrance’s top notes are of tangelo, mandarin, paradisamide, galbanum, lentisque and angelica root; the heart is of clary sage, lavender, coriander, toscanol, basil, geranium, palmarosa and jasmine sambac, and the drydown is of moss, patchouli and fir balsam. Eaux de toilette in two sizes will be offered — 2.5 oz. for $64 and 4.2 oz. for $84. The flask-like glass bottle has a handwoven twine covering. “Every one is slightly different,” said the designer, adding that the coverings are woven directly on the bottle itself. “We’re telling a story of an artisanal heritage and craftsmanship, and there’s very little of that today. There’s so much mass-produced. We’re doing things like that throughout the [apparel and accessories] collections — limited-edition things that we’re only making small quantities of. People want unique.”

National print advertising shot by John Balsom for the Yard agency will begin running in March men’s and lifestyle magazines. The advertising and promotional plans also include a digital campaign and extensive sampling, said Robin Mason, senior vice president of global marketing for Elizabeth Arden, which holds Varvatos’ scent license. Mason added that the fragrance will be sold in about 1,500 department and specialty stores in the U.S. beginning in January, followed by rollouts in Europe, Asia and travel-retail.

While Varvatos declined comment on projected sales, industry source estimated that the limited-edition Acqua, which is expected to be on counter for a year, could do $18 million to $20 million at retail globally.

It’s been a busy year for Varvatos, who has also just launched a book, “Rock in Fashion” (HarperDesign/HarperCollins) which he cowrote with Holly George-Warren. He’s opened several new stores, including a Boston flagship in September. Toronto and Mexico City locations are in the works, as are several other global doors. An opening in Bangkok is slated for February, and his biggest store in the world — measuring 10,000 square feet — will open its doors on London’s Conduit Street in late spring. Varvatos started 2013 with 13 stores and will have 20 by the end of 2014, he said.